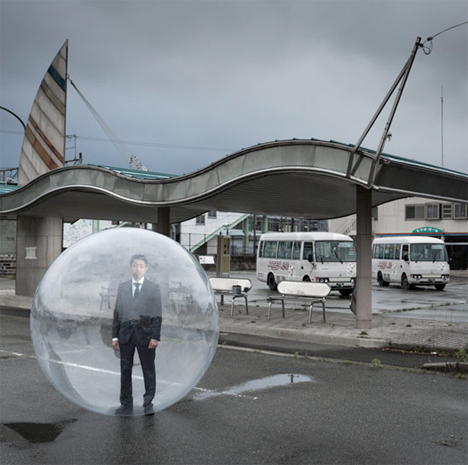 A gas mask hangs in a red box mounted to a tree in an otherwise peaceful forest, a jarring reminder that all is not well in Fukushima. French photographers Carlos Ayesta and Guillame Bression (collaborating as Trois 8) present ‘Bad Dreams?’, a series of photographs calling attention to the eerie continued desolation of the Fukushima Daiichi power plant and surrounding areas that were contaminated with radiation following the earthquake, tsunami and nuclear disaster of 2011. 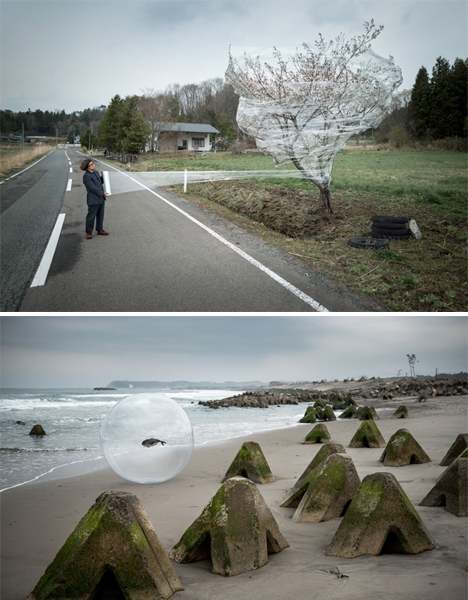 The duo photographed local residents beside plastic-wrapped swing sets, and enclosed within bubbles in front of supermarkets in evacuated towns. Many of these areas are still inaccessible due to the contamination, and even those that aren’t off-limits are quiet and still, as residents fear even low levels of radiation poisoning. 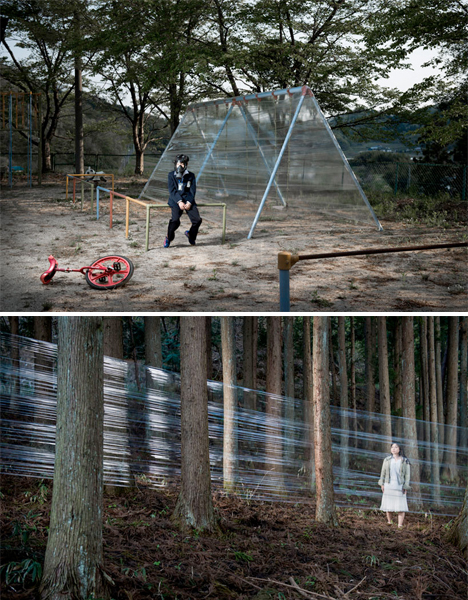 As the photographers point out, the border between the dead zones and the areas that are technically ‘safe’ is blurred and subjective, with locals required to set their own limits. “This gray threat becomes the fertile soil of our imagination and our fears. Fears that could become even more harmful than the radiation itself.” 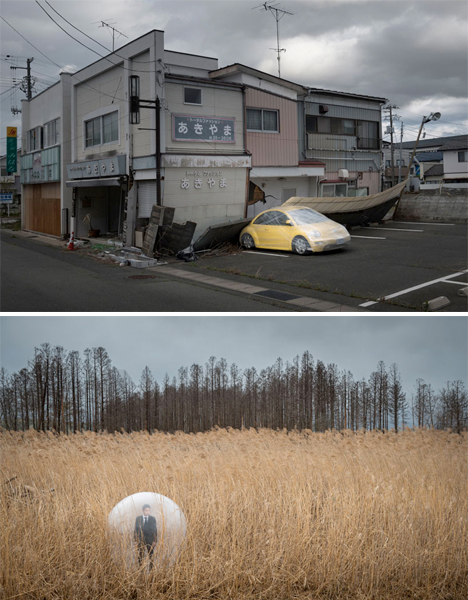 Each photograph depicts an area within these ‘blurred lines,’ including a lake in the mountains filled with ‘safe’ water that parents won’t allow their children to drink, and a forest where officials have been unable to draw distinctions between areas that are contaminated and those that aren’t. ‘The man in the bubble before the dead forest’ shows a forest that died because it was flooded with salt water for months after the tsunami. See the whole series at Trois8.fr.