Already infamous for its curved facade that ignited fires in adjacent buildings and melted nearby cars basking in its reflected sunlight, the Walkie Talkie skyscraper in London is now being blamed for toppling signs, overturning food carts and even knocking passers-by off their feet. Dubbed ‘Walkie Scorchie’ as well as the ‘Death Ray’ during its last public debacle, critics may need a new name for this building more suited to its fresh source of infamy. 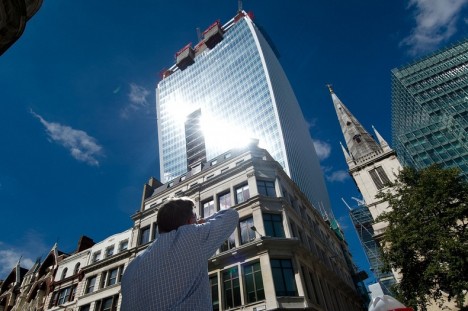 Local business owners, employees and residents have reported a dramatic increase in downdraughts since the completion of the 36-story downtown structure, suggesting its completion coincides with an upsurge of urban wind tunnel effects on surrounding streets. 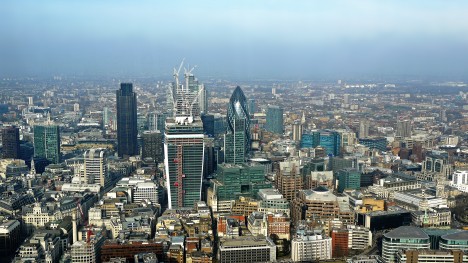 A worker at a local retail outlet told The Times: “It has only really been windy since the Walkie Talkie has been here. When they were building it and there were the building works going on, it was fine. But ever since they’ve completed it, the wind really picked up.” 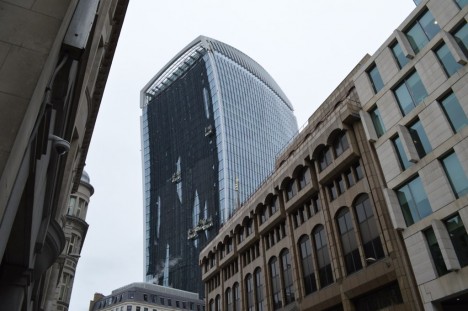 A temporary screen erected at street level, eventually replaced with permanent shades hung from its concave side, solved the previous heat-generating problems tied to light reflection; it is unclear if something analogous can be done to address current wind-related concerns. For now, local food trolleys have been instructed to carry warning signs indicating they could tumble over and crush customers or pedestrians, a very incomplete and unsatisfactory solution for all potentially impacted parties. 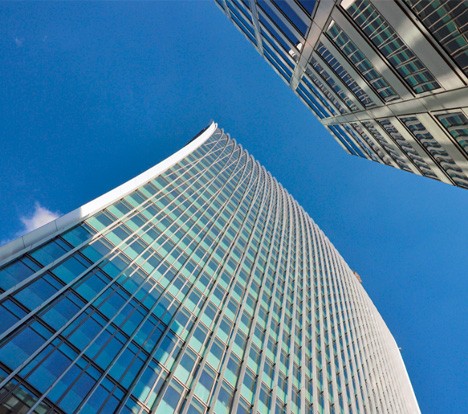 Meanwhile, officials suggest there will be stricter reviews for new construction. According to Gwyn Richards, the City of London Corporation’s head of design, “The wind outcome at street level experienced post-construction on a number of projects differs somewhat to the conditions we were expecting from the one outlined in the planning application wind assessments. This is why we are asking for an independent verification of the wind studies on a number of new schemes to ensure as rigorous and resilient an approach as possible.” (images via Matt Brown and Duncan H).