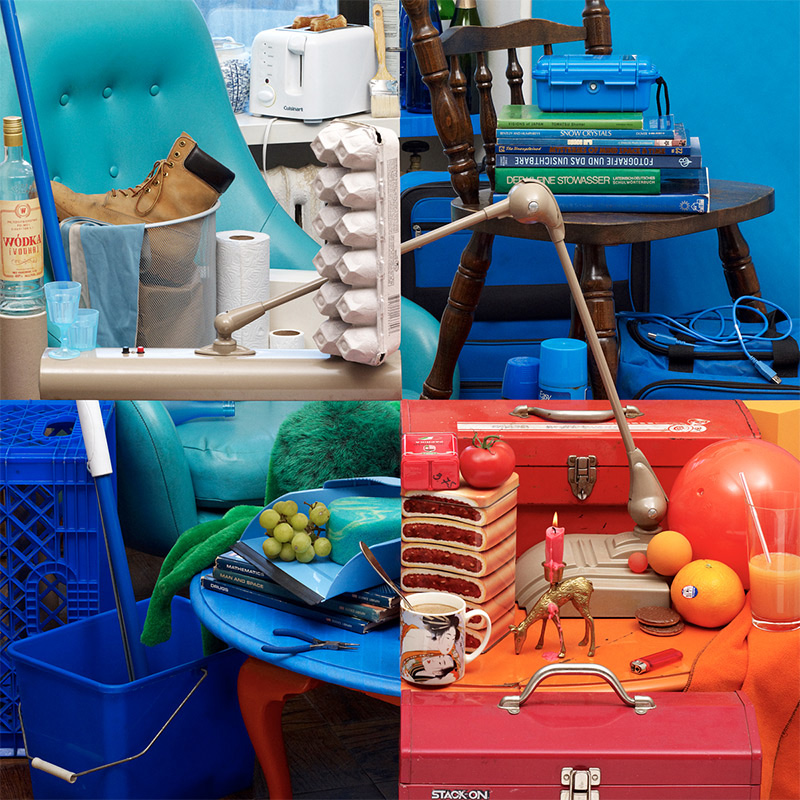 Without proof, it makes for a tough sell – what looks like four photographs arranged into a square is indeed a single shot, meticulously staged, as only accompanying images and videos will convince. 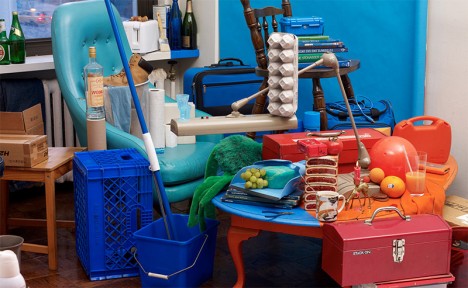 Bela Borsodi created and photographed the scene for use as an album cover. And while it is still hard to trick your mind into seeing the reality of the overlap, there are subtle cues – certain objects that span multiple quadrants and lead the eye between them. The animation below shows the stages of setup and construction in a kind of stop-motion animation format. 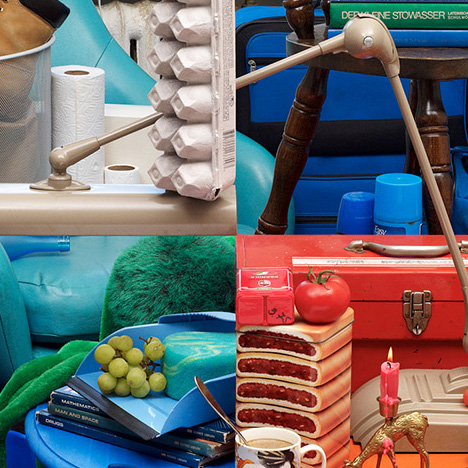 About the artist: “Bela Borsodi was born in Vienna 1966. After studying graphic design and fine art he started to work as a photographer. In 1992 Bela moved to New York and in 1999 he focused on still life photography, which is still the main direction of his work. Bela lives and works in New York.” He has worked for editorial clients including The New York Times and Wired Magazine and advertising clients including Hermes, Puma, Nike and Freitag.