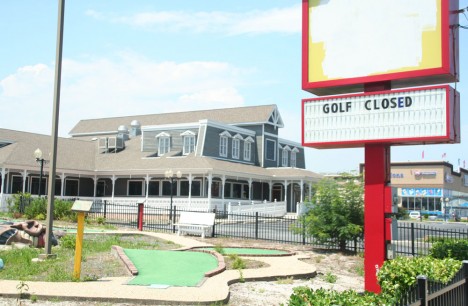 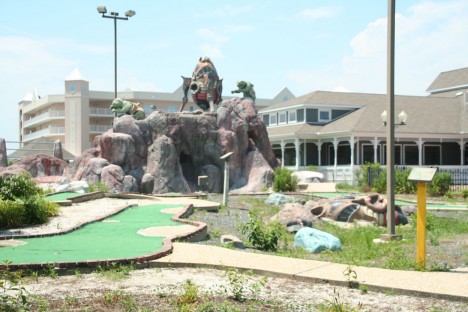 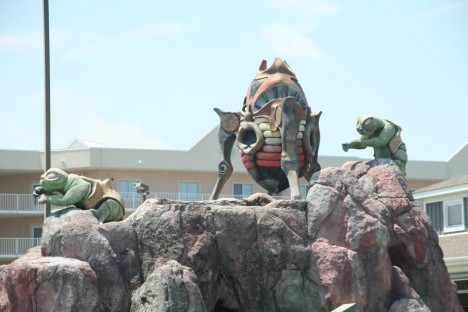 Where’s the History Channel’s “Aliens Guy” when you need him? These marooned, Gorn-like extraterrestrials and their curiously tiny mother ship seem frozen in time and space at an abandoned Ocean City, MD miniature golf course – brought to you by Sagittarius Dolly. Hopefully their story will turn out better than that of another, much more southern frozen being. Forget Aliens Guy, somebody call McReady! 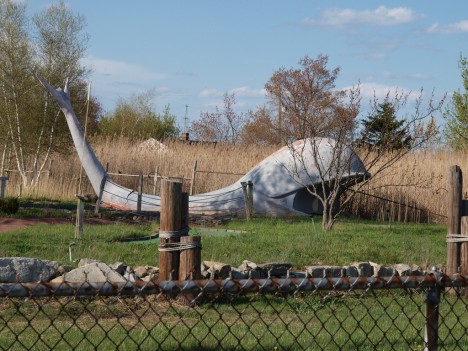 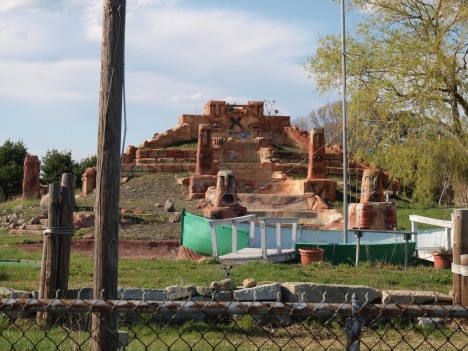 Free Tilly? Flickr user Patrick (Pak T) snapped the beached bleached blubberer and its environs on May 2, 2009 at an abandoned minigolf course in Salisbury Beach, MA. While the former course is destined for redevelopment, “Tilly” the whale has indeed been saved – on August 28th of 2013, to be exact. It would appear her blowhole is blocked, however… is anyone here a marine biologist? 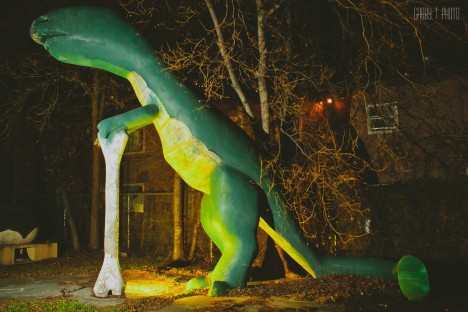 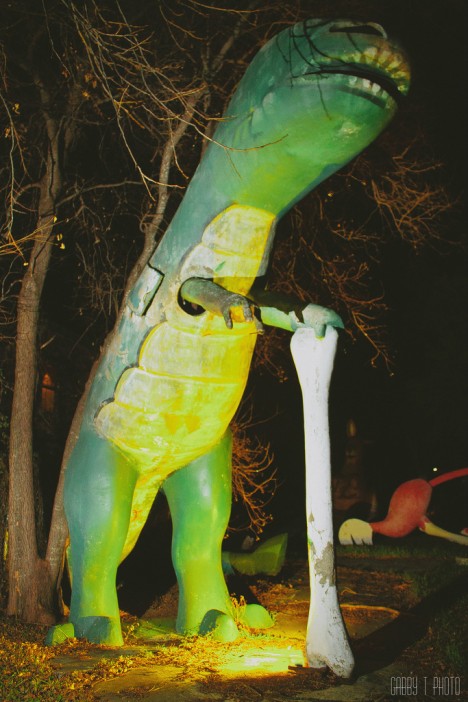 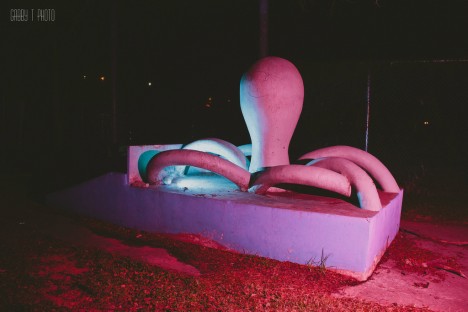 You don’t see many T Rex’s these days, especially those teeing off with a humongous bone… hey, it ain’t easy with those tiny arms! You’ll see one at Johnson Park, however, just off 76th Street on Milwaukee’s gritty northwest side. Little remains of Johnson Park since the bulldozers moved in a year or two ago but the bone-swingin’ dino is still holding out against the wrecking ball or an asteroid, whatever comes first. Flickr user (Gabtea) shone the spotlight on Johnson Park’s last few minigolf figurines – possibly for the last time – during a night-time visit in early 2014. 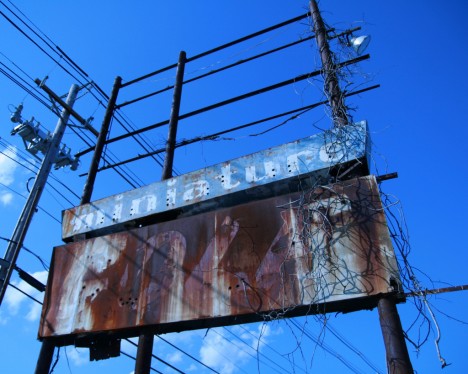 Ever notice the inverse relationship between the size and complexity of a miniature golf course’s sign and the actual minigolf course it advertises? Us neither but give credit where credit is due: some of those old signs were built to last and have stood – more of less – the test of time. One might even say their construction was… above par.