A 150-foot-tall figure of a man walking materializes on a Manhattan sidewalk, slowly coming into focus as the city awakens around it, in a new time-lapse video. French photographer and street artist JR directs a team of workers who can be seen scrambling around the piece like worker bees as the hours pass, the sun arcs over the site and thousands of people mill by. 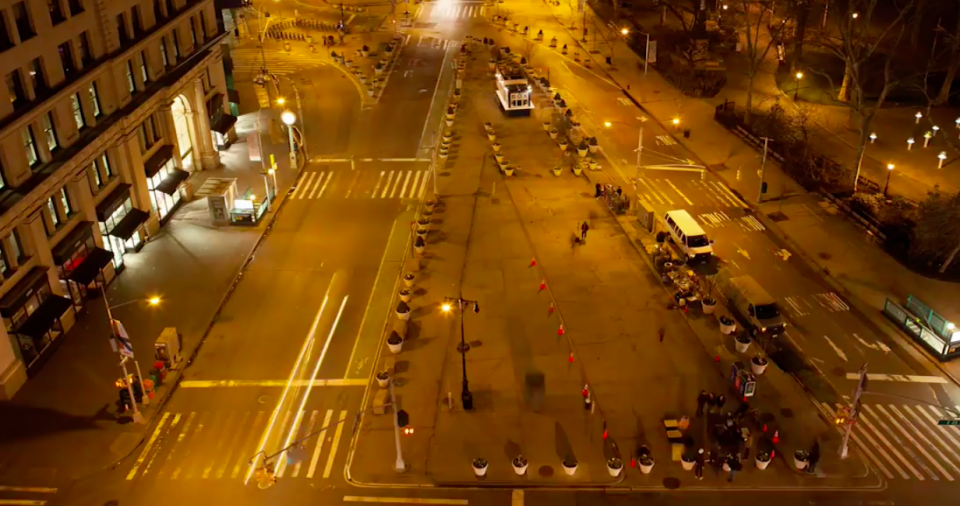 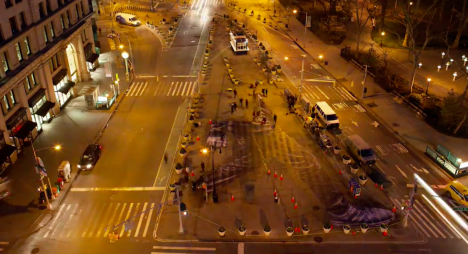 The New York Times commissioned JR to create the piece for an accompanying story on walking in the city, and produced the video. A camera perched atop the adjacent Flatiron building captures the action as the team wets the pavement before dawn, preparing to adhere the giant paste-up. 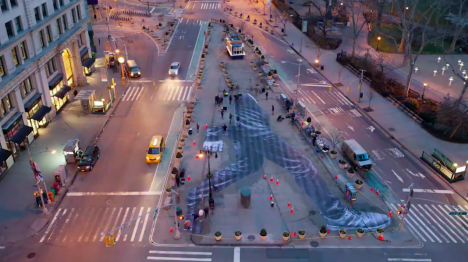 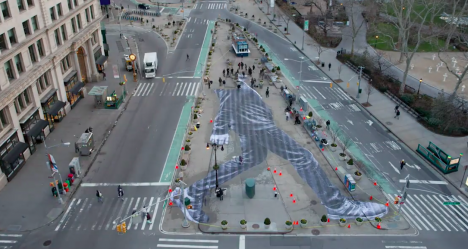 It’s cool to see the process behind installing a wheat paste project this big, and the time lapse shows just how much work goes into it despite the fact that it’s not being hand-painted onsite. 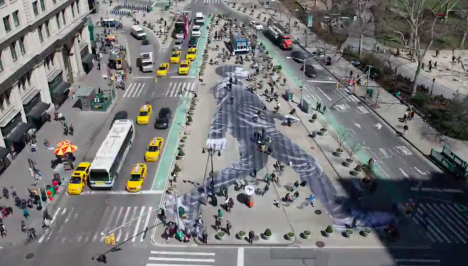 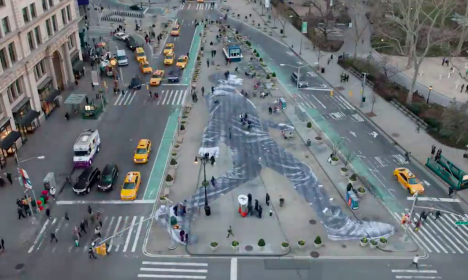 JR is known for journalistic murals made of his own photography, putting giant faces all over urban structures like walls, roofs, streets and train cars. The photo-realism is especially effective when it’s paired with aging, deteriorating surfaces.