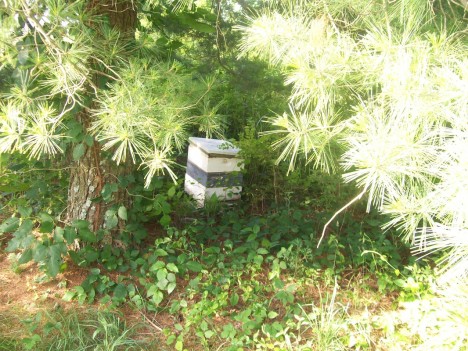 If there isn’t a reality show about prepping homes for demolition, there should be… just imagine all the cool/creepy stuff that gets found! In the case of a certain Huntersville, NC home, the found item was an abandoned and recolonized beehive box. 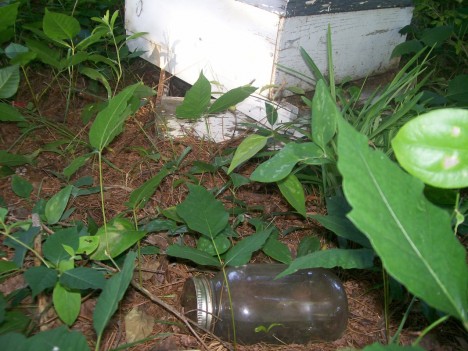 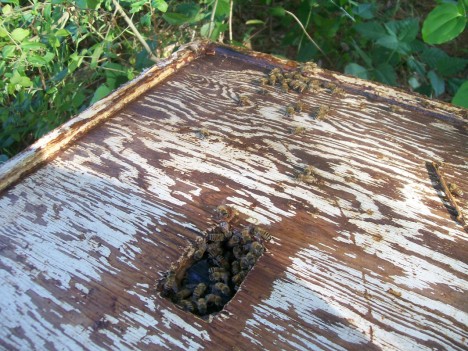 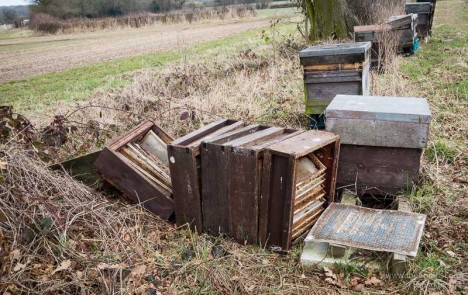 “Tippecanoe and Tyler too;” tip over a hive and run for your life! Seriously folks, as bad as cow-tipping is one doesn’t tip the whole herd at once… and the average cow “colony” doesn’t number in the thousands and they can neither fly nor sting. 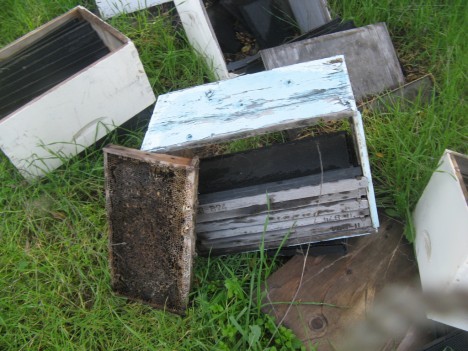 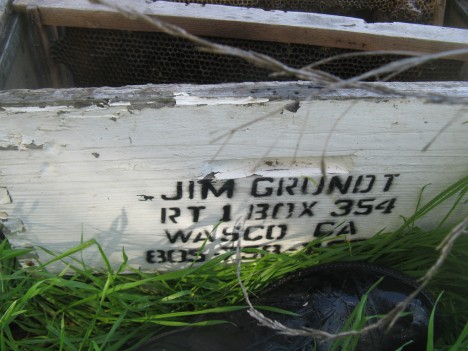 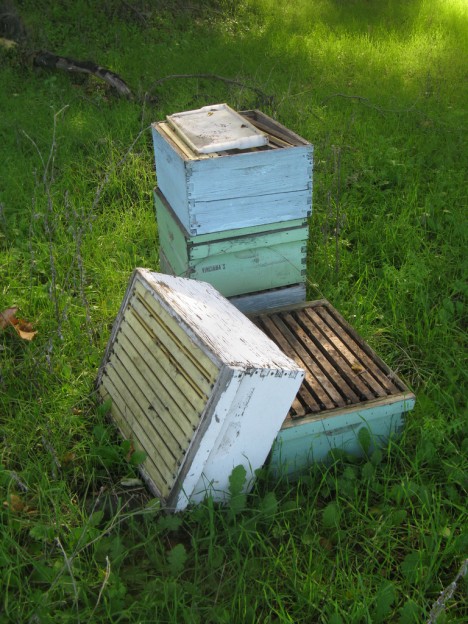 What do the Abandoned Beekeeper and the Unknown Comic have in common? They both wear bags over their heads and both risk dying in the performance of their duties: one in the bee yard, the other on stage. Flickr user Kris Fricke brings us these decidedly non-comical scenes from an abandoned bee yard circa December of 2010. 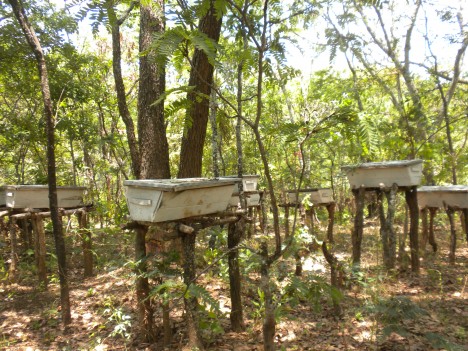 Raising bees in Africa… what could go wrong? Fear not, budding beekeepers, actual African honeybees shouldn’t be confused with Africanized hybrid “killer bees”. Here in sunny Zambia, volunteers from the Peace Corps are assisting local villagers in getting a dozen abandoned hive boxes cleaned up and baited. Wonder what they use for bee bait over there… maybe you shouldn’t ask until after you’ve joined the Peace Corps and shipped out.