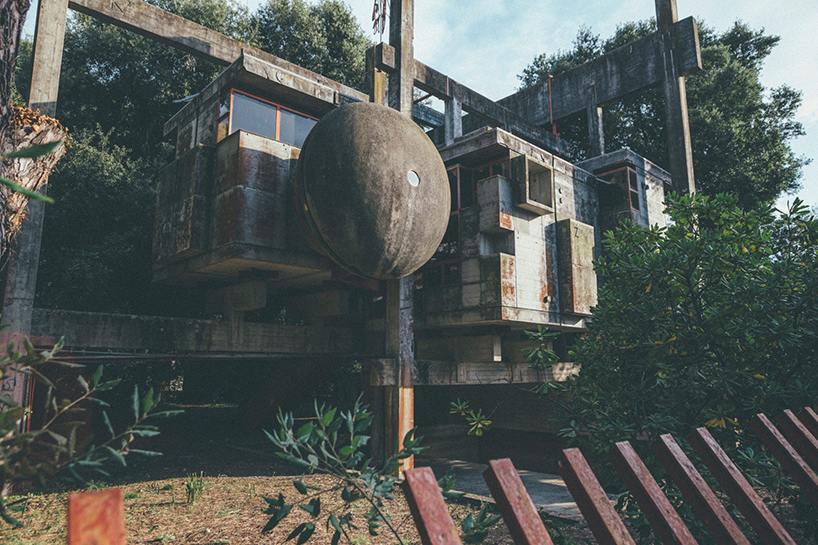 Photographers traveling to photograph the ruins of Rome are generally so distracted by ancient remnants they naturally overlook this unique decaying structure on the outskirts of the city: the ‘Casa Sperimentale’ (Experimental House) created as a model to study interactions light, space and geometry at 1:1 scale. 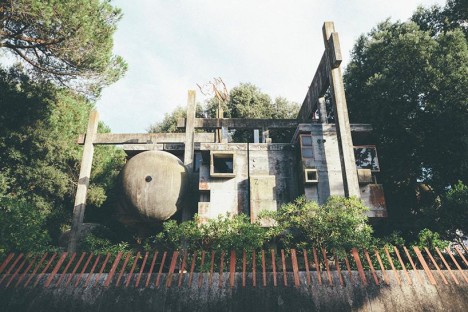 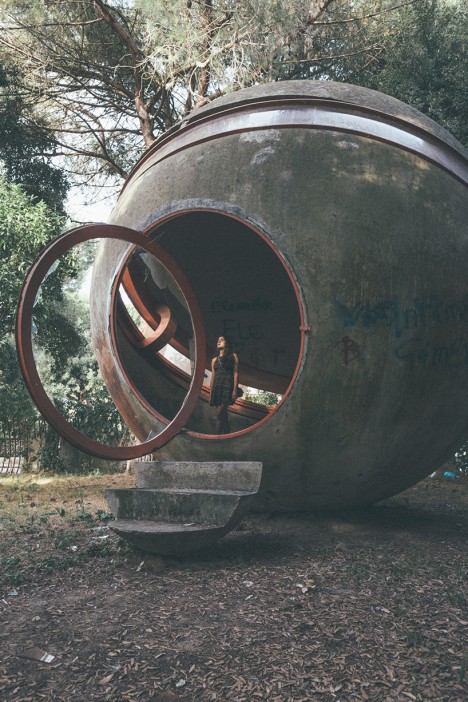 Designer and shutterbug Oliver Astrologo sought out this decaying relic, which has gone into further decline since the death of its designer, Giuseppe Perugini, in the 1990s. A work of concrete, metal and class, the asymmetrical dwelling pushes out in unexpected directions and frames surprising spaces. 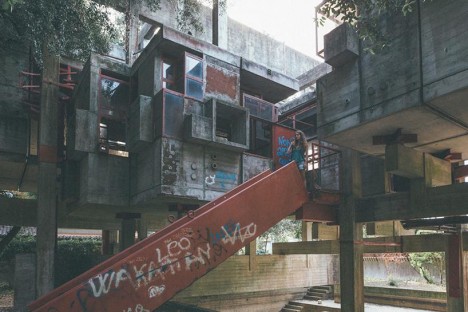 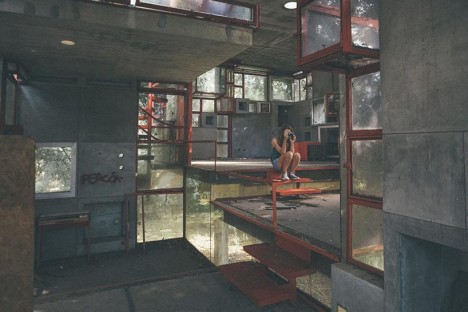 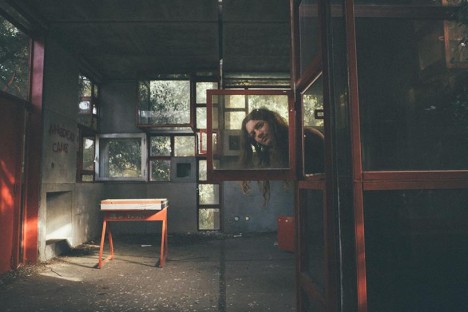 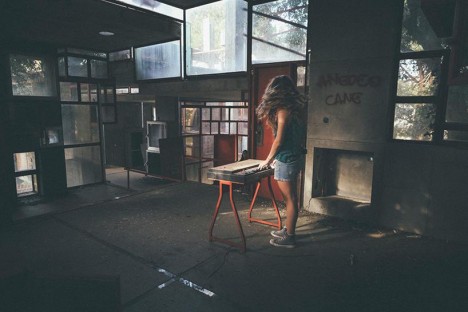 As with many abandonments, signs of decay are showing, vandalism has further deteriorated the site and structure while wild plants continue to encroach as well. Figures in the photographs both help give the unusually-sized spaces and details a sense of scale, while also adding a layer of human emotion to the shots. 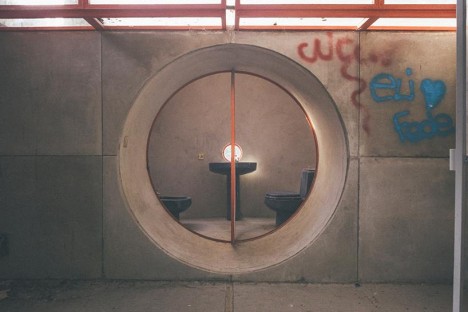 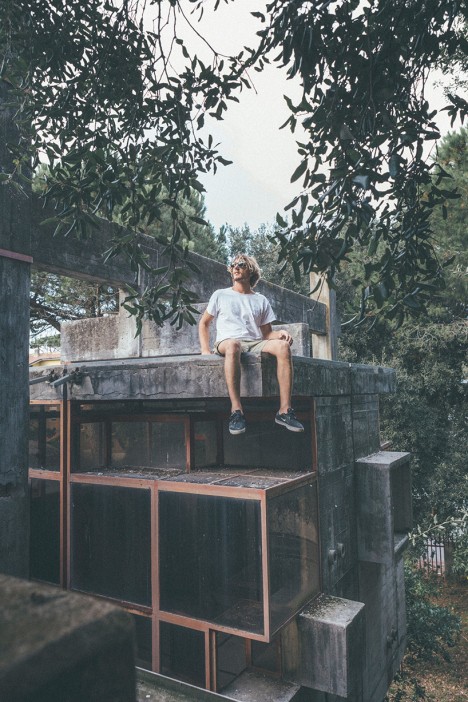 The building is a product of its times, drawing on planes-in-space Modernism and thick concrete Brutalism, almost as if famous architects from these stylistic traditions got together to make a pavilion or playground. And today, that is what it effectively is: a semi-enclosed space for urban explorers to climb and document.