Brutalist architecture is often criticized for seeming cold, impersonal and out of human scale, but the same can’t be said for these structures when they’re miniaturized and ephemeral, destroyed in seconds by the sea. In fact, when they’re crafted out of sand on a beach, outside their usual context, we can appreciate the beauty of their geometry more than ever. Calvin Siebert’s modernist sand castles might just be better than the real thing. 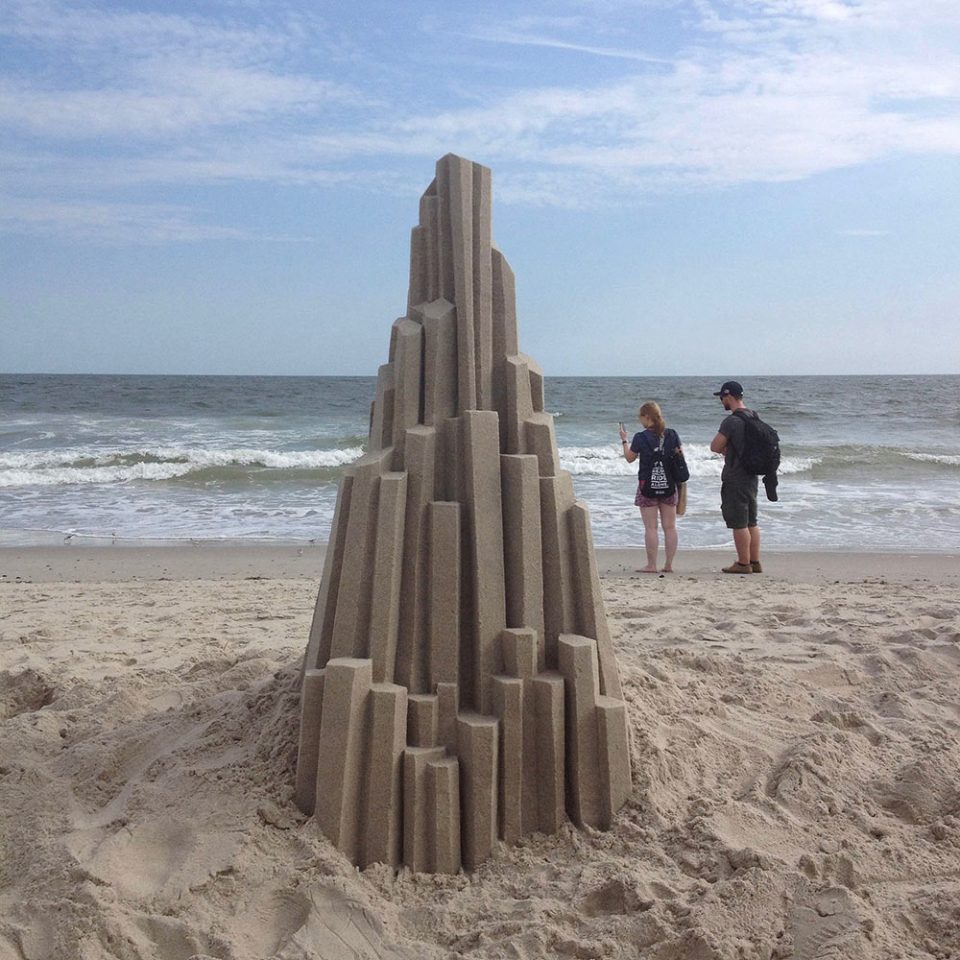 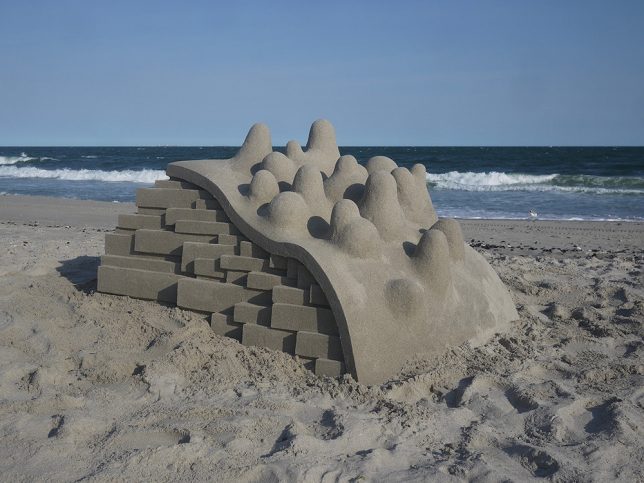 While staying on Rockaway Beach in Queens during the summer, the professional sculptor and self-described ‘box builder’ crafts amazingly complex architectural structures that remain in place just long enough to photograph them, inevitably washing away. You might say that nature is… brutal. 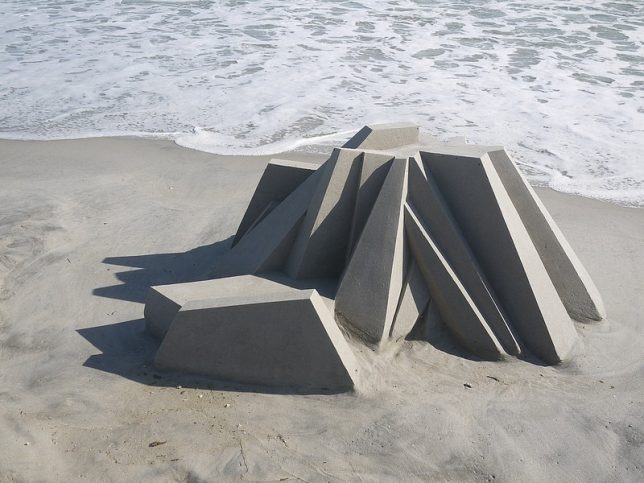 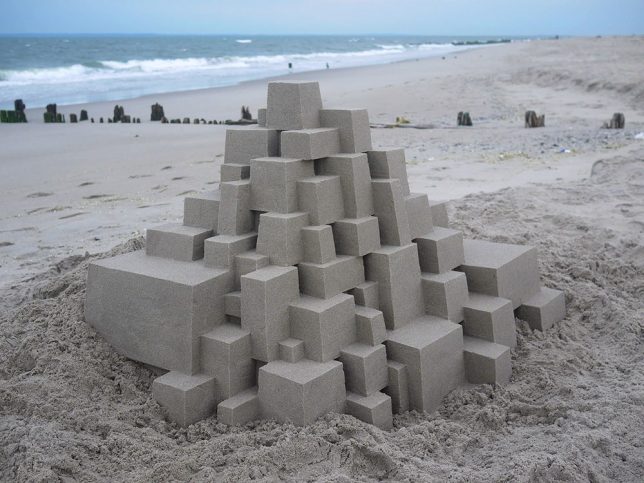 While it’s not hard to imagine seeing some of these designs in the hills of Los Angeles, using sand as a medium enables Siebert to get more creative than the average architect in envisioning fantasy structures that could translate to concrete. 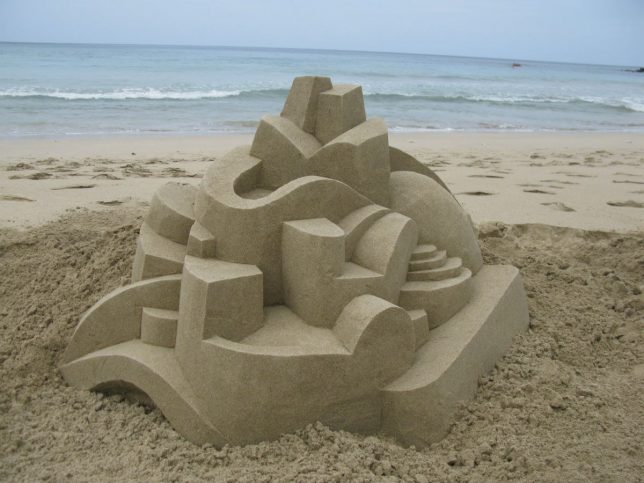 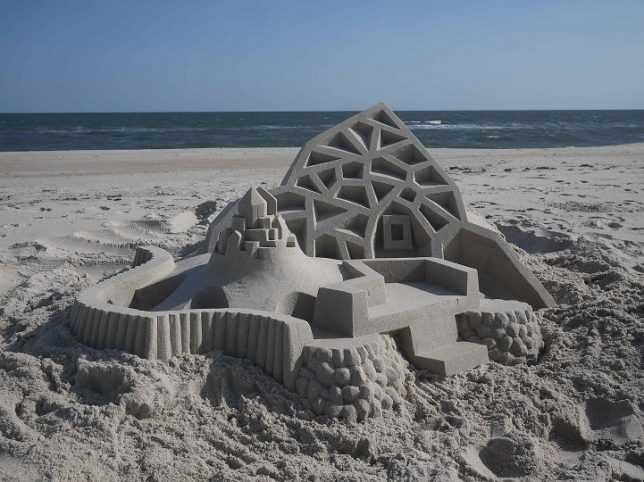 He doesn’t start with sketches, plans or even anything particular in mind, preferring to work intuitively, allowing the forms to take shape. He’s been creating these temporary works of art for the past six years, and has thousands of photos documenting them on his Flickr. 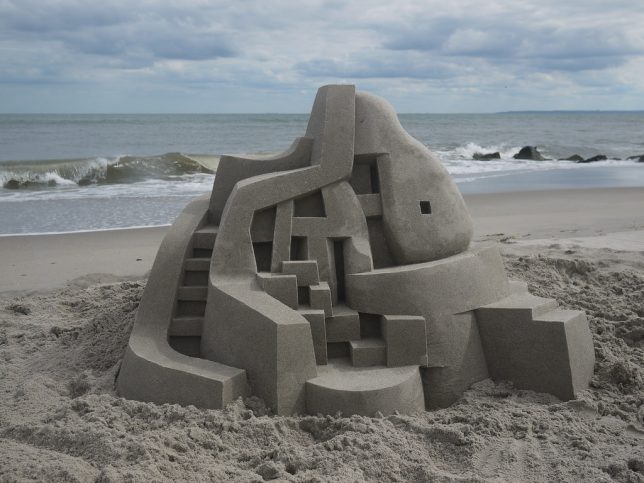 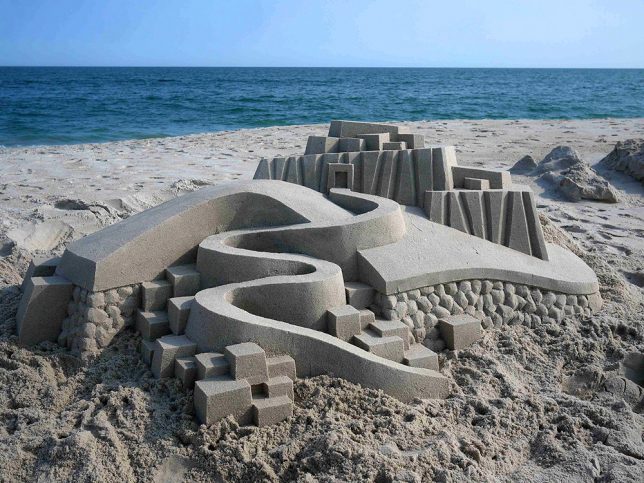 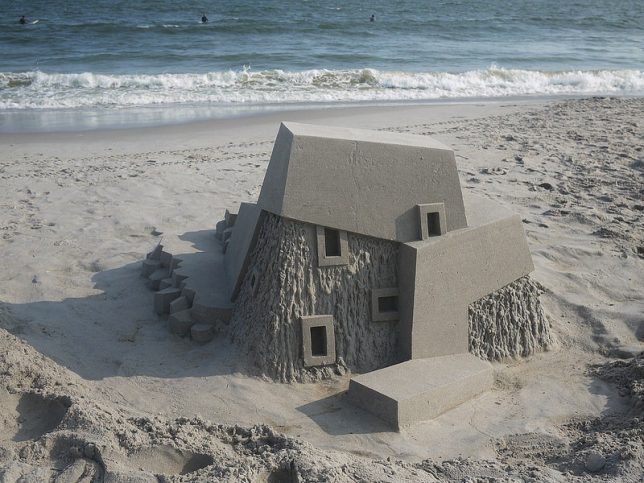 “Building ‘sandcastles’ is a bit of a test,” he says. “Nature will always be against you and time is always running out. Having to think fast and bring it all together in the end is what I like about it… once I begin building and forms take shape I can start to see where things are going and either follow that road or attempt to contradict it with something unexpected.” 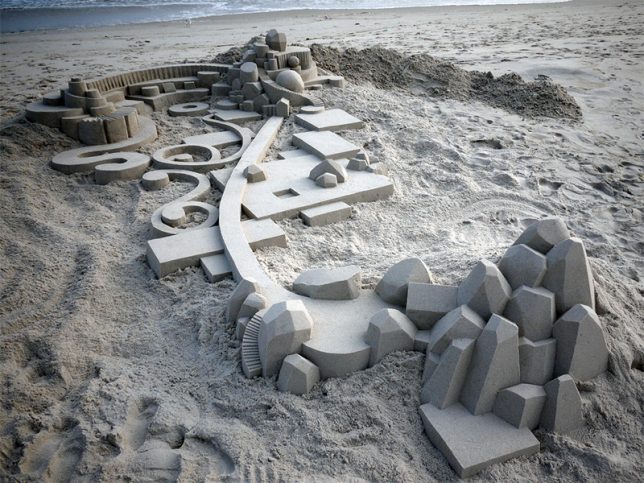 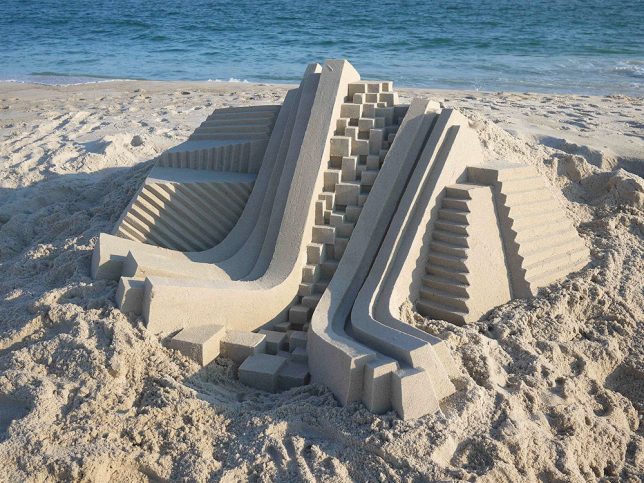 “In my mind they are always mash-ups of influences and ideas. I see a castle, a fishing village, a modernist sculpture, a stage set for the oscars all at once. When they are successful they don’t feel contained or finished. They become organic machines that might grow and expand. I am always adding just one more bit and if time allowed I wouldn’t stop.”