Set in an alternate-reality Sweden of the 1980s and 90s, these stunning paintings remix pastoral landscapes with futuristic robots, telling a story of a world that could have been. Robots roam alongside dinosaurs while people go about their everyday lives in surreal juxtapositions that seem all the more real for their everyday contents. 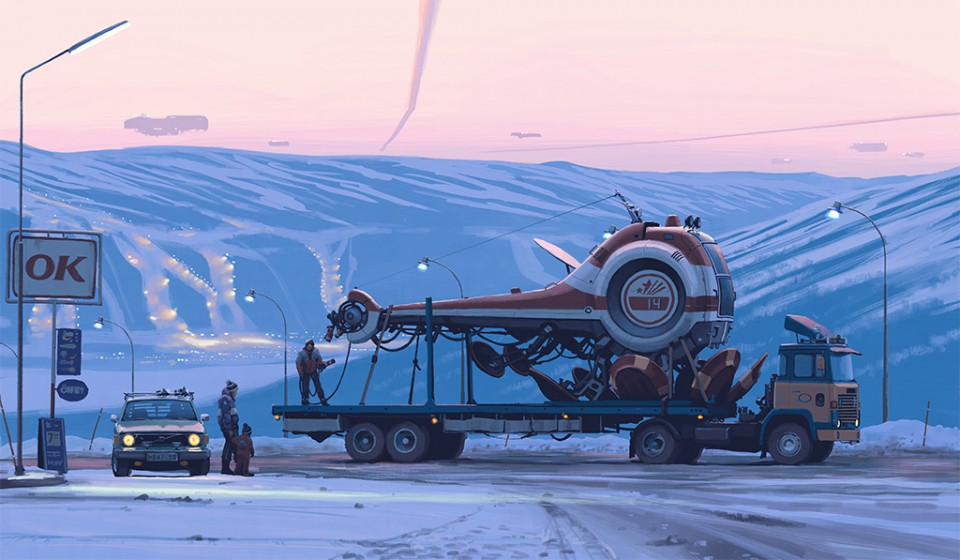 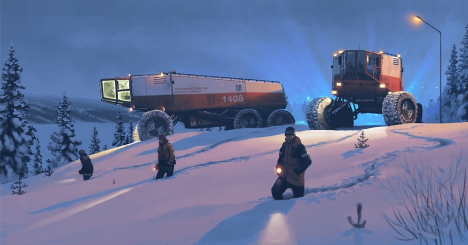 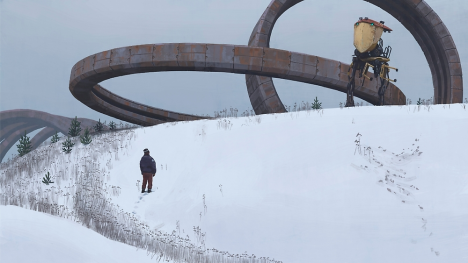 Simon Stålenhag‘s artwork has spread like digital wildfire across the internet over the last few years, and the announcement of a pair of English-language books (Tales from the loop) of his images and stories has been met with overwhelming support – his crowdfunding campaign has already raised more than 25 times is modest original goal. 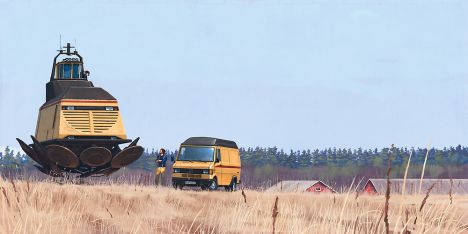 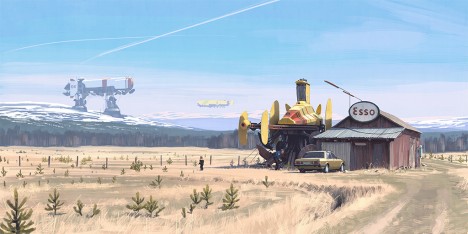 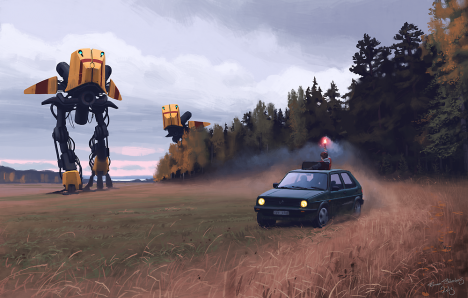 The backstory could be the plot for an upcoming science fiction movie if fans have their way: “In the 1950s, the Swedish government orders the construction of a large particle accelerator. The state agency RIKSENERGI is tasked with developing this massive project. In 1969 the The Facility For Research In High Energy Physics is ready, located deep below the pastoral Mälaröarna-countryside. The local population soon calls it THE LOOP.” 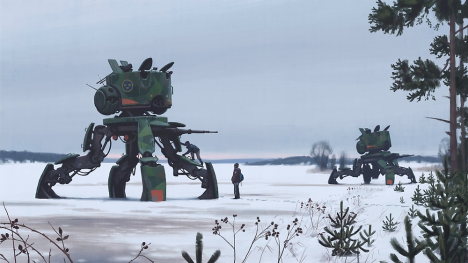 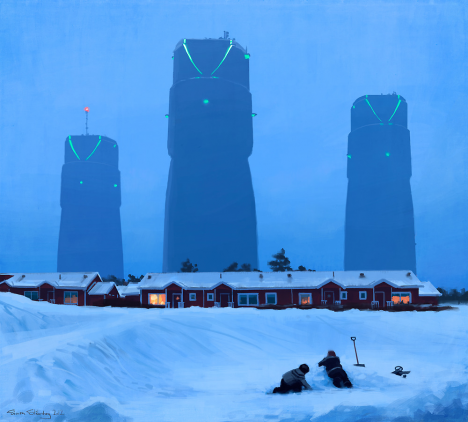 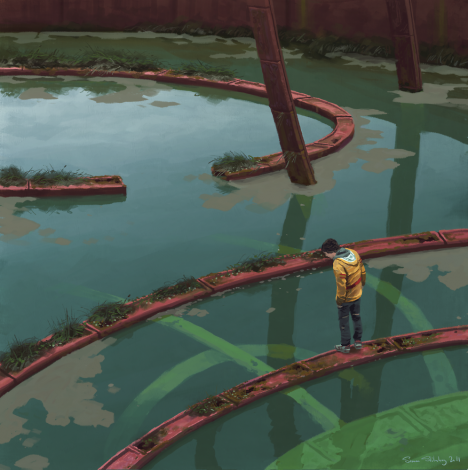 “The side effects of the project are dramatic. Strange sightings and bizarre rumours taints the scientific image of The Loop. In the shadow of the weird machines filling the countryside, life continues as normal. The kids of Mälaröarna grew up living above the technological marvel of The Loop, but for them it was just a part of their very ordinary lives. Until strange beasts from another time showed up, that is.”