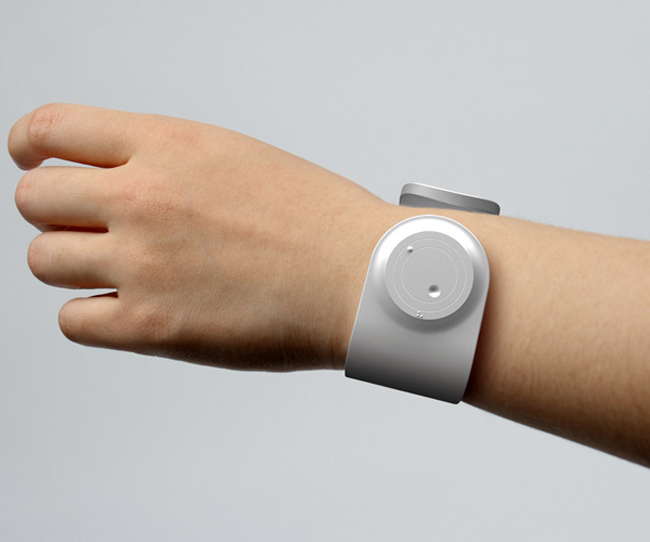 Technology to assist visually impaired people is progressing far beyond the dog and cane. These technology concepts  – all of which are still in the design stages and not available for purchase – could someday bring the world into focus for those who can’t necessarily see it unassisted. 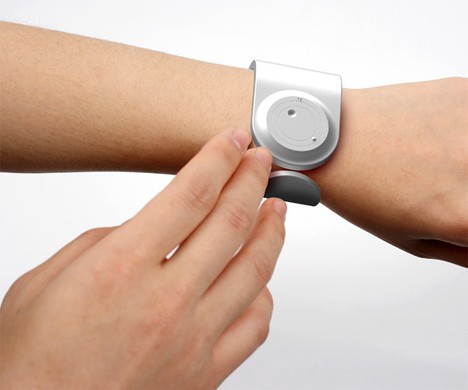 Watches for blind folks are all about feeling, rather than seeing, the time. This concept from designer Jung Hoon Lee is known as the Rub Feel Know watch. It puts a rather unusual twist on the expected raised bumps on the watch face. The hour hand is represented by an indentation near the center of the watch. The minute hand is a small bump which is situated closer to the outside of the face. 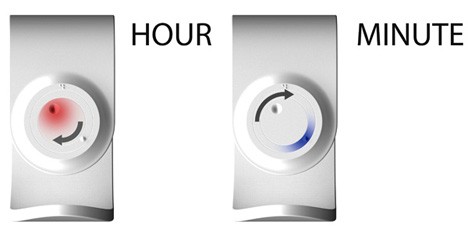 If feeling the positions of the indentation and the bump doesn’t give enough haptic information, there is another helpful element. The hour indicator feels warm when you touch it, and the minute hand feels cool – along with the concave and convex indicators, the temperature lets users feel exactly what time it is. 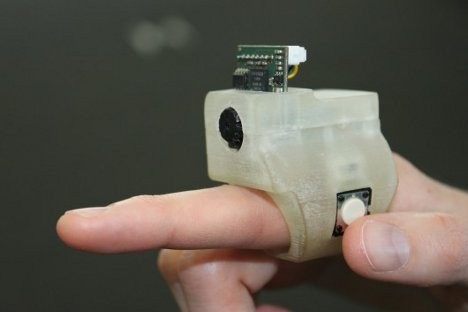 The 3D-printed EyeRing, developed by a team at MIT, is worn on the finger like a ring. It’s equipped with a tiny camera, a processor, a Li-ion battery, and a Bluetooth module. 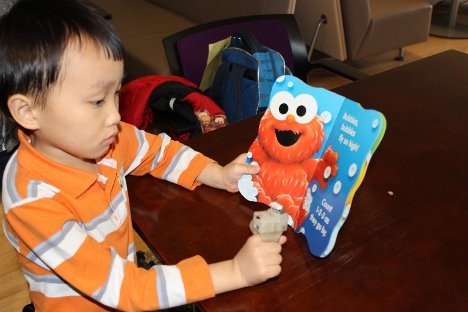 To identify an object, the user only has to point the EyeRing at it and then press a small button on the side of the device. It snaps a picture, which it then sends to the user’s smartphone. After giving it a simple voice command, the app can then identify colors, currency, text, or price tag information and relay the information to the user’s Bluetooth earpiece.

The concept still needs a lot of development to be viable as a real-world product, but the creators think that they’ll be able to produce the module at a consumer cost of less than $100.

The Solar-Powered Retinal Implant That Could Restore Sight 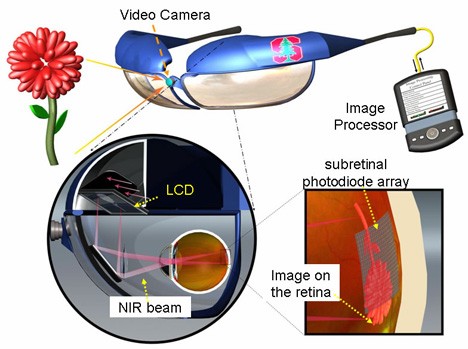 Retinal implants are nothing new, but current iterations aren’t perfect. They’re often painful and need to have a physical link between the implant and a pair of sunglasses – an arrangement that doesn’t sound pleasant at all. Researchers at Stanford took the traditional retinal implant idea a step further by making the implant wireless.

The user still needs to wear sunglasses which contain a small camera. The camera projects images directly onto the user’s retina so – while they won’t be able to see perfectly – it will restore at least some of their vision. As a bonus, the entire setup is solar-powered so there’s no need to wear a bulky battery. 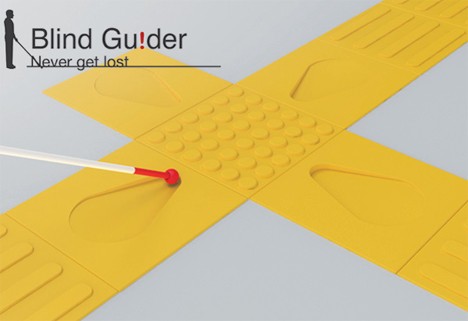 Using a white cane to navigate sidewalks is a huge help to people who can’t see well enough to navigate by sight alone, but the cane can’t tell you where you are or how to get to your destination. The Blind Guider concept works by embedding “smart bricks” into city sidewalks that work with sensors on an electronic cane. 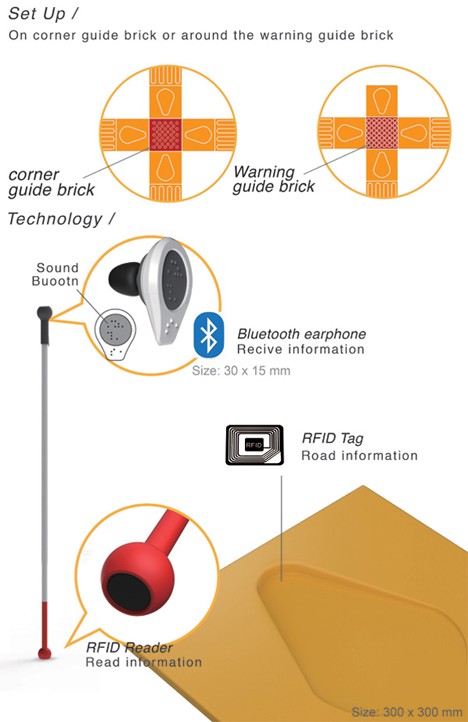 The cane comes with a Bluetooth earpiece that fits into the cane’s top when not in use. When the earpiece is in use, it relays information from the smart bricks. Each brick is equipped with an RFID tag that transmits information when the cane makes contact. It tells the user what intersection they are standing at and, when moved around to other parts of the brick, can give information about the surrounding areas as well. 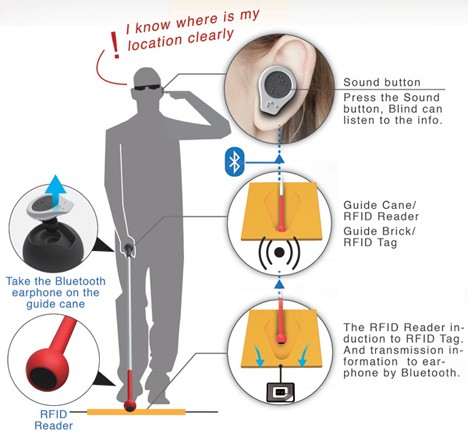 Using this system, visually impaired walkers could easily find their way around a city with minimal knowledge of its layout. It seems that this product is just a dream, though, because the infrastructure needed to make it work would be expensive and complex for cities to install.