Using augmented reality highlights, hints and cues to guide bikers through complex city paths and streets, this conceptual system addresses issues of wayfinding and safety, speculatively asking: “Could a cycle path be created, or at least augmented, using connected technologies?” 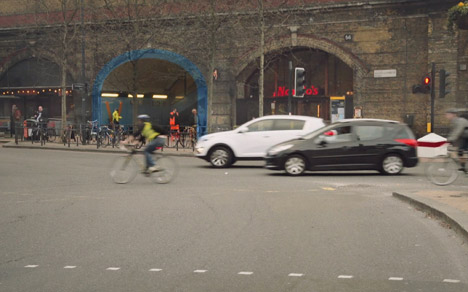 Five initial functions are proposed by the Connected Cyclists project for this wearable prototype, all around themes of navigation in London, a place notorious for the variety of its path types and unexpected route shifts. With so many transitions between street paths, parks and alleyways, it can be hard for bikers new to the city to know where to go – subtle highlights of next steps could solve that problem. 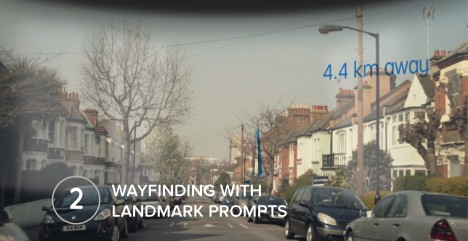 “We see that cyclists often take bearings when paused at traffic lights—this interface could essentially simply provide the next direction, reinforcing the journey. We also feel that the visual nudge implied here, using the fabric of the city itself, is more akin to how cyclists move and navigate—a more fluid movement through and sometimes across the streetscape, as opposed to the very directed navigation delivered for drivers.” 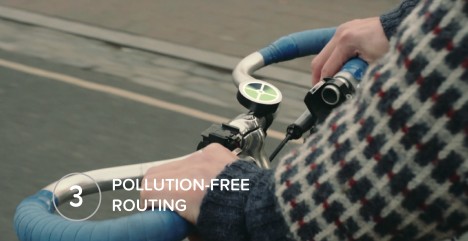 Blind spot visualization assists travelers as they pass in the shadows of cars, buses and trucks, while an overall approach promoting backstreet network paths helps avoid traffic and poor air quality in the first place. Monuments, icons and landmarks displayed subtly in the background can also give clues to riders about where they are in the city. 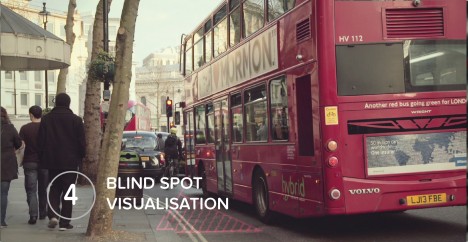 Already there are many programs like CityMapper built on OpenStreetMaps that contain the necessary information about routes and paths but using those on the go via a typical mobile device means either unsafe cycling practices or frequent stops, hence the augmented heads-up display. “If these displays talked to the city around them—if they knew where the cyclist was and what they were looking at—they could give much more subtle spatial and contextual information that builds on the surroundings of the cyclist.” 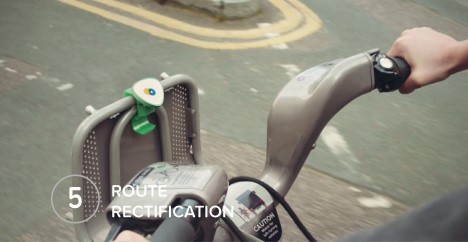 The key is making such technology accessible and seamless, a distraction-free overlay to other visual information being taken in by those on bikes moving through the urban environment. 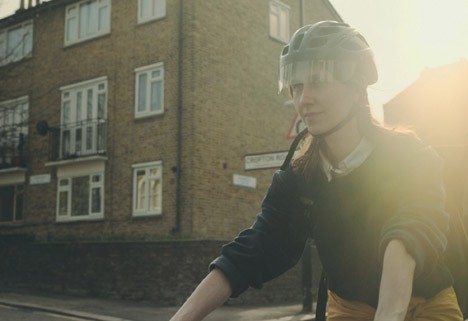 “Many cities are spending serious money, time and attention on improving the ‘hard infrastructure’ of cities to make cycling safer, more convenient, more attractive,” but “there is potential of a ‘soft infrastructure’ which can be overlaid on existing urban fabric to further support cycling, which takes advantage of contemporary technologies such as wearables, the internet of things, real-time sensor data, and so on.” 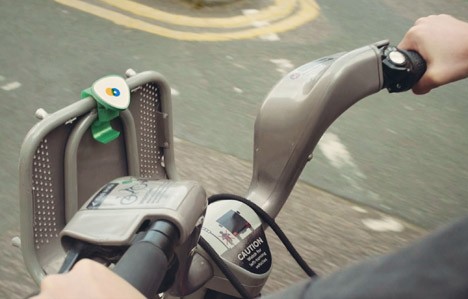 While none of this is a reality quite yet, “‘Design stories’ allow you to try on a future for size, and to imagine how a prototype might fit into its urban context. With prototypes to point at, critique and discuss we can begin to imagine other externalities or knock-on effects and build up both understanding and language to discuss what can otherwise be fairly abstract and technical ideas.”