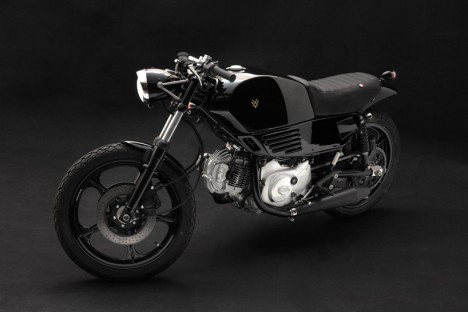 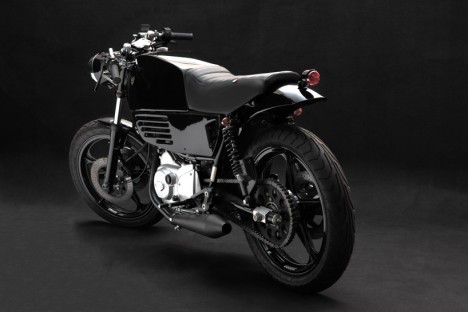 The same designer re-crafted a Ducati Pantah into the ‘Sputafuoco’ (fire-breathing) motorcycle, which gets a surprising amount of power from its small engine. The front light is from a vintage moto guzzi, while the fenders, brackets and seat were all handmade. 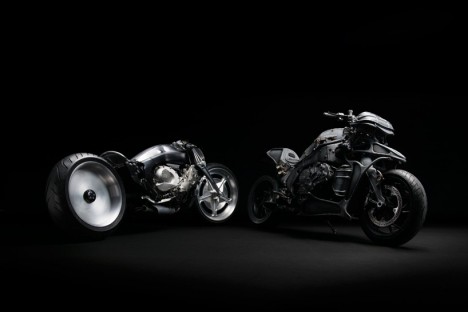 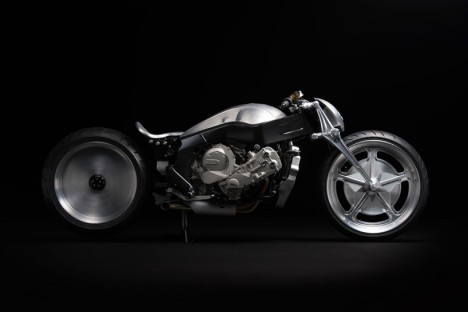 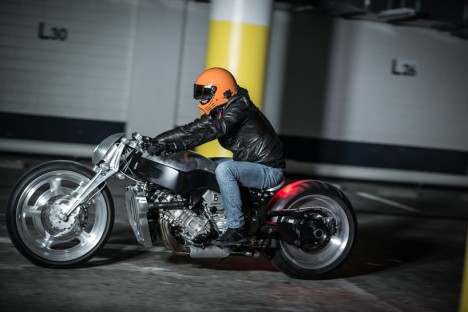 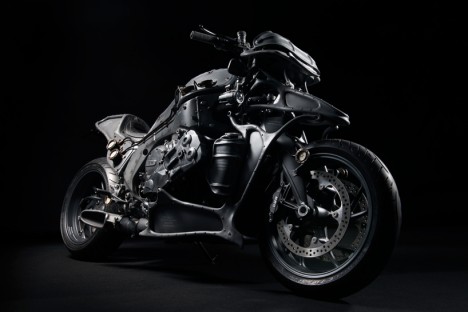 The BMW K 1600 GTL becomes two very different customized bikes in the hands of designers Kenji Nagai and Keiji Kawakita. Nagai settled on a long, thin digger style with a modified headstock and a low-positioned aluminum seat for ‘Ken’s Factory Special,’ while Kawakita’s ‘Juggernaut’ got inspiration for its looks from an old photograph of a convertible cockpit. 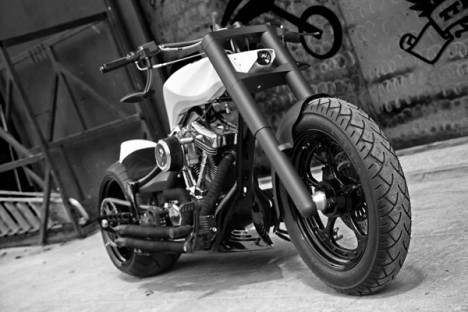 The TT New Generation Chopper by Olcay Tuncay Karabulut of Turkey features the elongated came and stretched fork of a chopper, but with the cleaner, sleeker look of a sports bike. 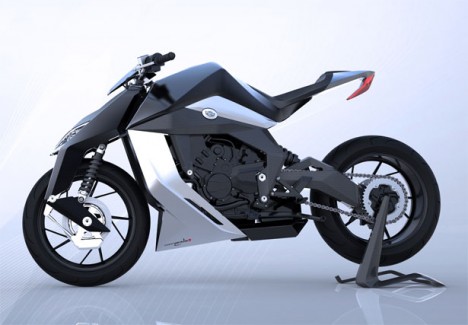 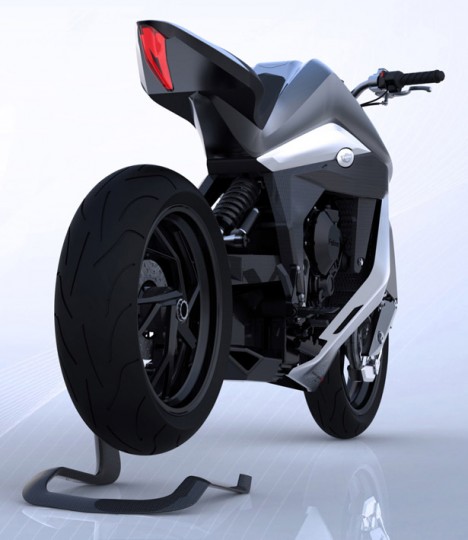 The Feline One by Yacouba Galle is an 801cc, 3-cylinder, 170 horsepower custom street fighter is set to be produced in an edition of only 50, each one selling for a jaw-dropping $280,000. It’s got a titanium frame, carbon fiber rims, electronically controlled shocks and a futuristic-looking dash.