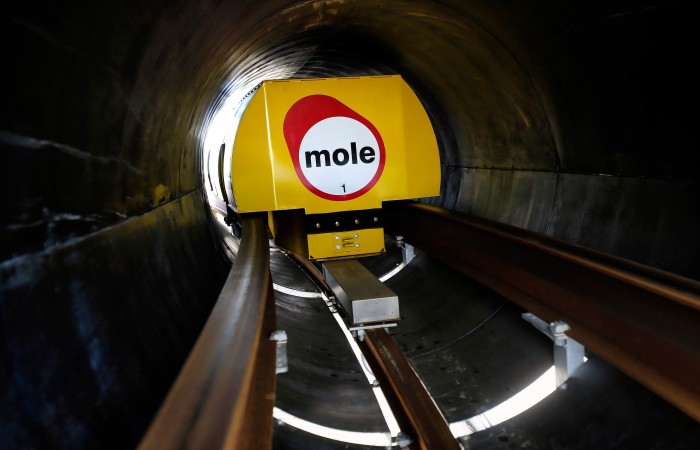 In a world obsessed with aerial drones, this new system could fly in under the radar and revolutionize shipping, delivering goods automatically via unmanned vehicles using magnetic wave propulsion through subterranean tubes. We are used to transporting liquids in bulk below ground – including water, waste and fuel – at its simplest, this system proposes doing something similar with solids, but the effects could revolutionize supply chains locally and globally. 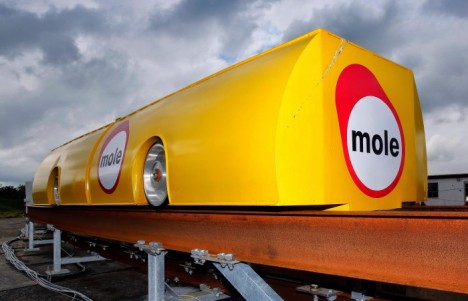 Like pneumatic tubes or underground trains of the digital age, the UK-based MOLE system is automated and secure from one end to the other, able to carry two pallets and tap into paths for existing underground transit and service infrastructure. Costs of this system are estimated to be as little as 10% of traditional above-ground shipping methods, and the pallet-based system makes the approach compatible with other intermodal systems including freight shipping containers. 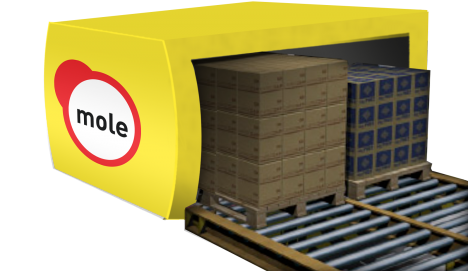 The company boasts the potential of the system on green as well as efficiency fronts, including low energy usage and environmental impact as well as 24/7 unmanned operations, automatic loading and unloading. There are also subtler benefits, like reducing road congestion on the streets above. 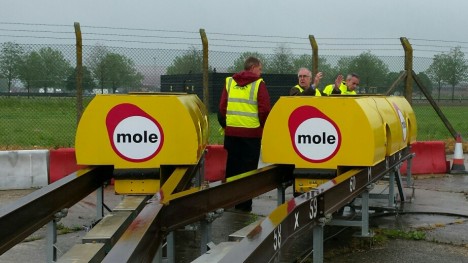 MOLE has also already run a series of tests and is aiming to first deploy in the realm of industrial shipping, helping mines and factories connect raw and finished materials with target buyers and refiners. Eventually, the goal is to create smaller business-to-business connections on a commercial scale. 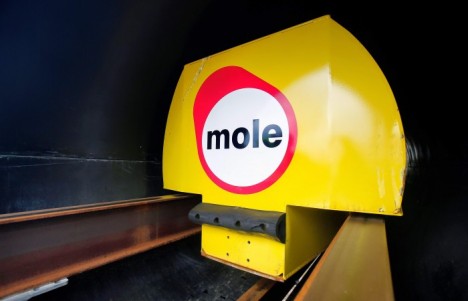 From from MOLE: “Mole Solutions is currently developing cost-effective, safe and environmentally friendly underground freight pipelines for solid cargoes. The system is designed to integrate with existing supply chains and transfer some of the high volume of products that travels by road into capsules running in pipelines laid beside or under existing and planned transport infrastructure.”