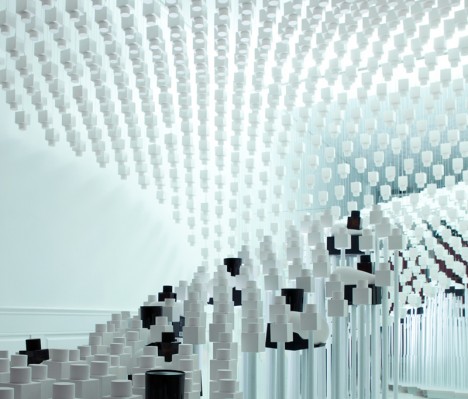 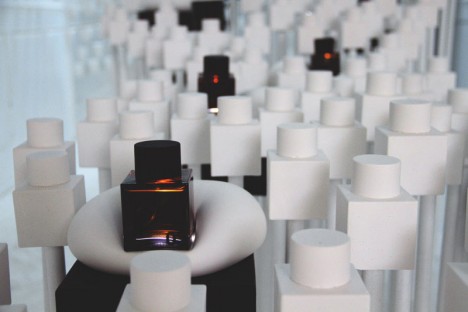 To get to the real thing, you’ll have to reach beyond 1,500 matte white cement replicas of Odin New York’s distinctive glass fragrance bottle at this pop-up shop within an East Village storefront. Snarkitecture presented a display of the ‘ghost bottles’ as a landscape rising from the floor as well as a cascading wave suspended from the ceiling. The dark brown glass of the real perfume bottles stands out so that visitors don’t actually have to hunt for the product itself. 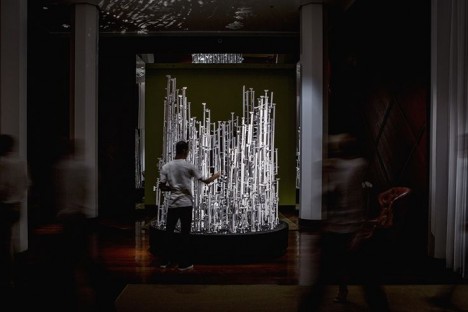 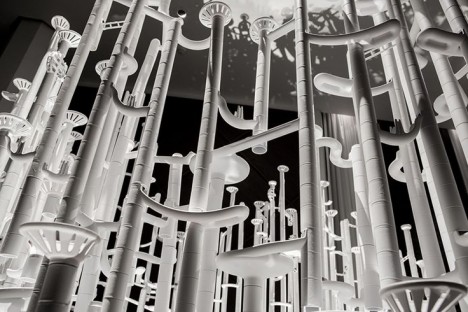 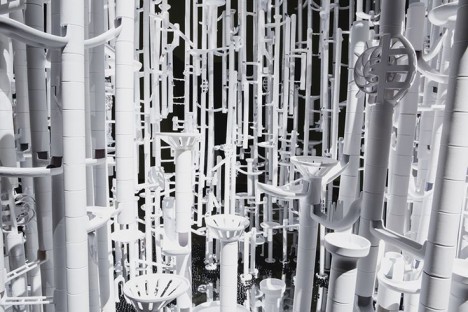 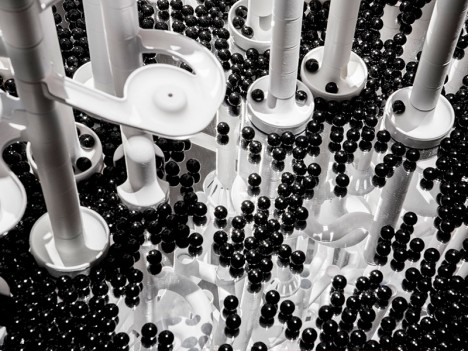 An oversized, towering white version of a marble run stood in the lobby of the Delano Hotel to coincide with Art Basel Miami Beach in 2014, functioning as both a sculptural object and a toy for kids and adults alike. The limited color palette of the ten-foot installation makes it all the more striking and acts “as a foil to the associated playfulness of the familiar item.” Thousands of black marbles stand out in contrast at the base, with guests depositing them into the chutes at the top and watching them make their way back down. 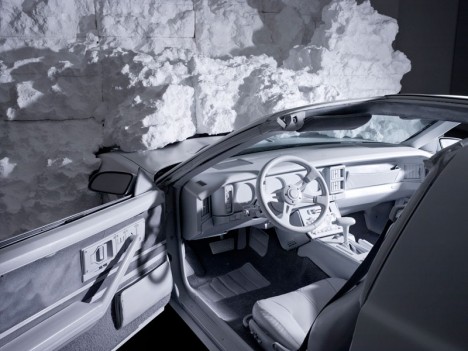 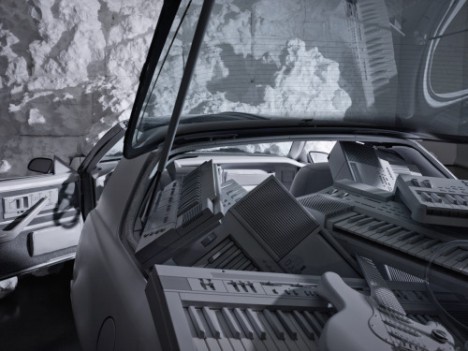 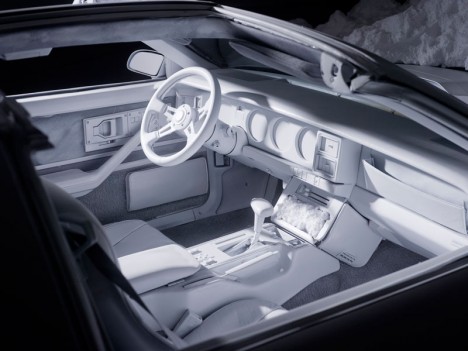 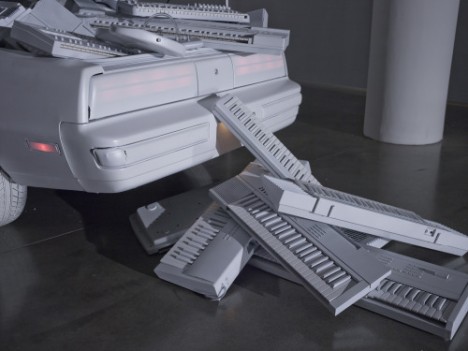 Chromeo collaborated with Snarkitecture on ‘The White Room,’ a two-day installation at Milk Studios designed to promote the group’s album entitled White Women (in reference to the Helmut Newton book of the same name.) The literal interpretation of the title suits the designers’ signature style. Snarkitecture altered a vintage sports car and filled it with Chromeo’s musical instruments, everything painted a cool matte white. 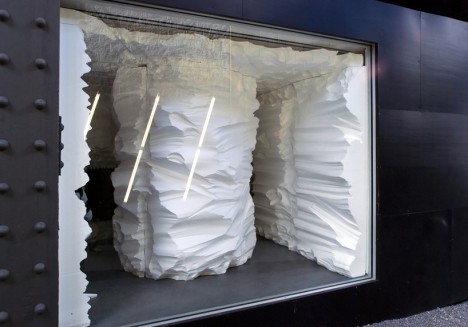 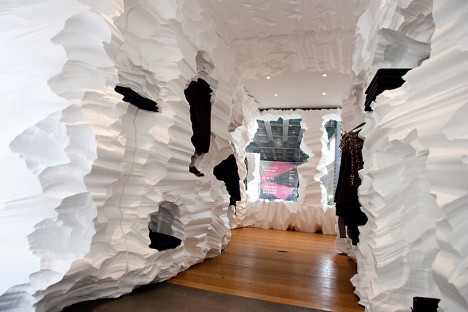 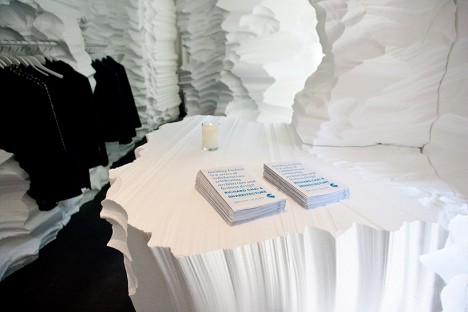 Making use of architectural foam once again, the designers created a cave-like pop-up shop for Richard Chai under the High Line in New York City. Visitors enter a plain black box to find a topographical white environment, making it feel like they stepped into a glacial cavern. The duo carved the material by hand with the aid of a hot wire cutter, creating niches to display the fashion designer’s garments and shoes.