Today, that charming old brick building on the corner might be a market where you can still grab a six-pack at a decent price; within mere months, it could be knocked down for a gleaming high-income condominium tower. The shift in a city’s character can seem to occur in the blink of an eye as the look and usage of its architecture changes. As gentrification rapidly alters the face of the city around him, Philadelphia artist Drew Leshko documents and preserves building facades as they presently stand in miniatures made of paper and wood. 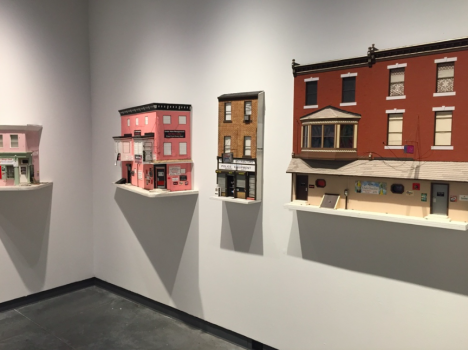 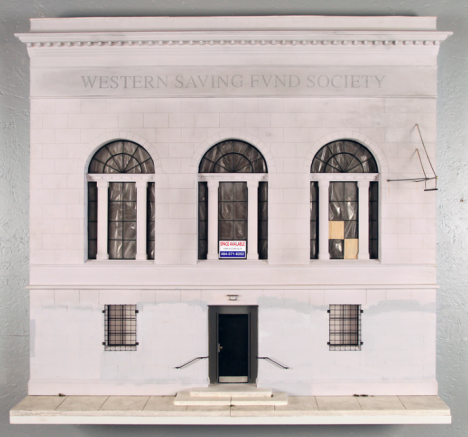 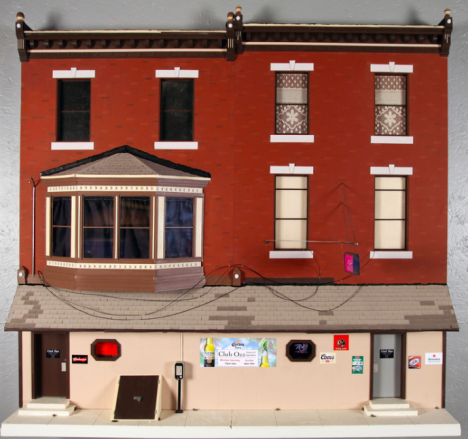 Whatever your opinion may be about the onward march of modernization and urban progress, it’s hard to deny that too much ‘spiffing up’ without the careful preservation of historical details and the imprints of the people and cultures that have shaped them can make all cities look the same. 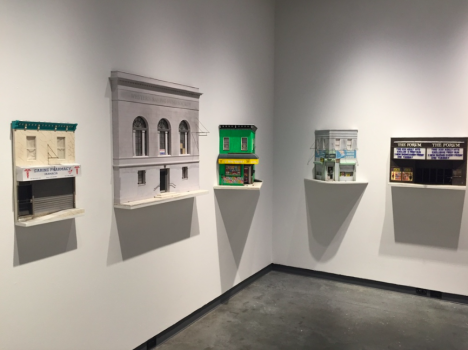 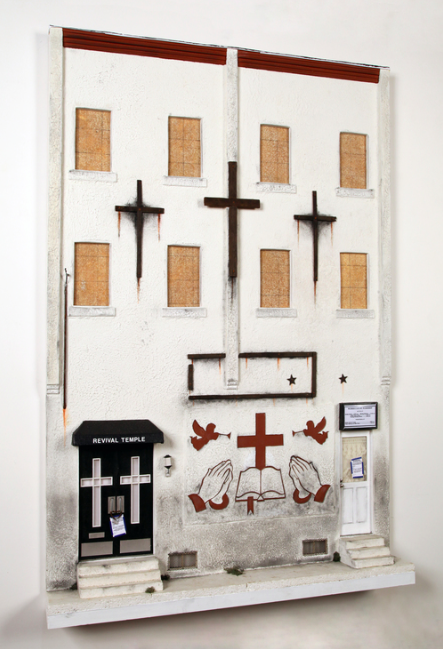 Though cleaner and safer, New York City has become virtually unrecognizable within just a couple decades, replacing all of the independent businesses that once lined its streets with chain stores and sleek signage. The same is happening in cities around the world, much to the chagrin of people who have a sentimental attachment to what those places used to be. 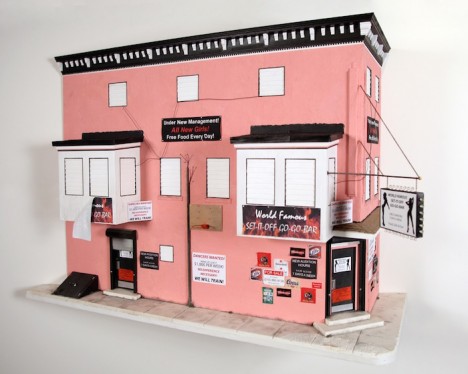 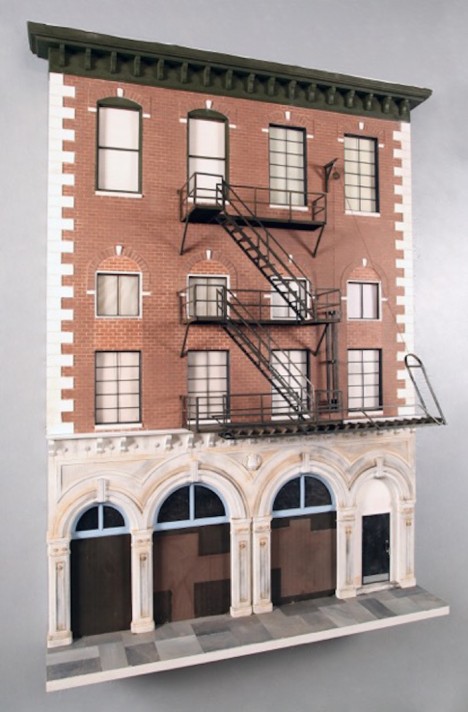 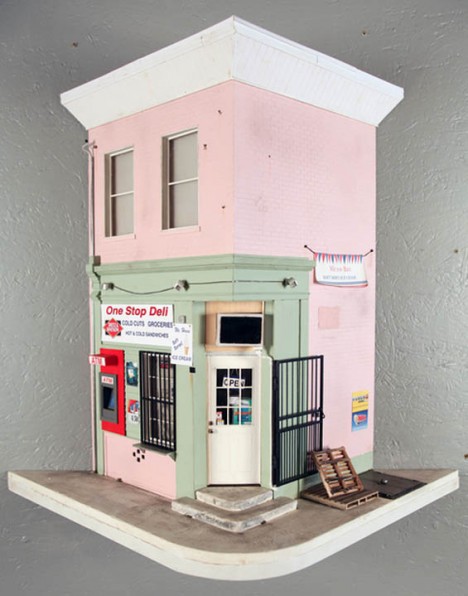 Leshko cycles around Philadelphia documenting interesting buildings to later recreate in his studio at a 1:12 scale. Details like bars on the windows, hand-painted banners, graffiti and uneven weathering are reproduced in three dimensions as a way of archiving their condition before they’re gone. 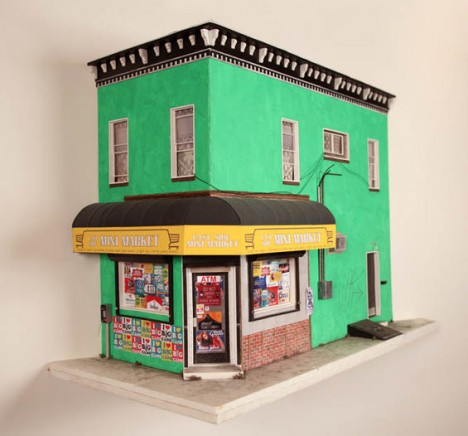 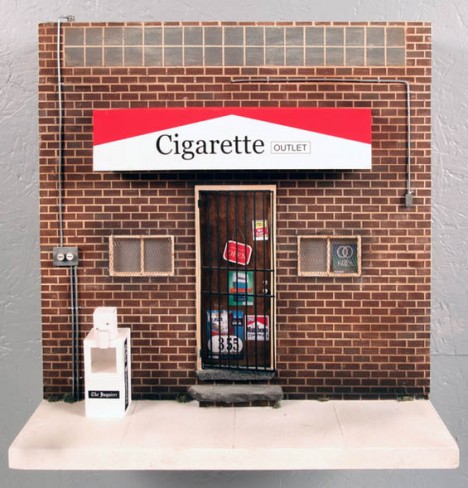 Though they may still be a reflection of what Philadelphia really looks like, it won’t be long before these sculptures are mere nostalgia. No matter where you live, taking a close look at them might just prompt you to appreciate the current state of your own city a little bit more.