Solving a series of long-standing issues associated with taking out the typical fast food trifecta, this clever carrying case is a useful alternative to Happy Meal boxes, bags and cupholders that work better for cars than people traveling on foot or by bike.

The solution is more subtle than it might first appear – yes, it solves the timeless question of how to hold a drink as well as a meal, but it also separates out the warm foods (french fries and hamburger above) from the cool drink (soda or shake suspended below), then unfolds into a ready-to-eat spread. Thin cardboard makes the entire container easy to collapse as well. 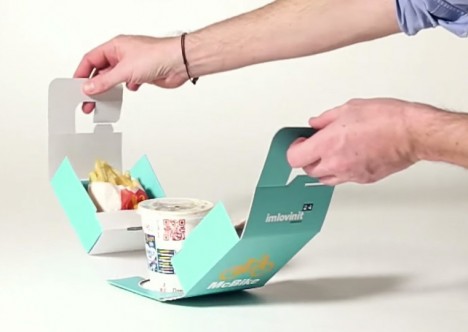 Customers can hold the package in their hand or slip it over the handlebars and continue cycling unencumbered. Targeted initially toward markets in two bicycle-friendly cities (Copenhagen, Denmark and Medellin, Colombia), the company is also looking to give these a go in Amsterdam, Holland and Tokyo, Japan. 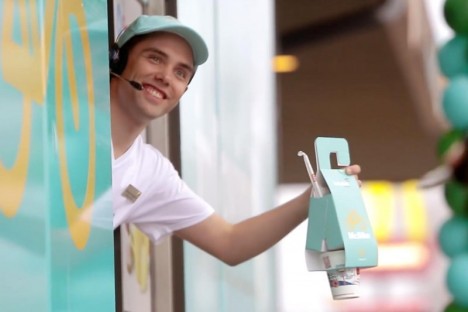 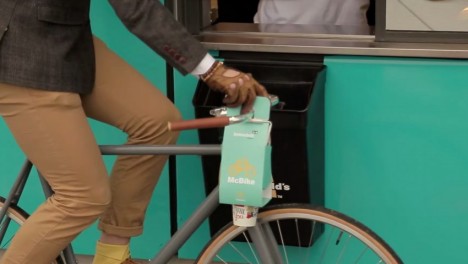 For now, it is a trial redesign that is as much about marketing toward young urban bikers, but if the packaging is sound there seems to be no obvious reason for McDonalds not to ultimately deploy these around the world (and for other fast food chains to follow suit).