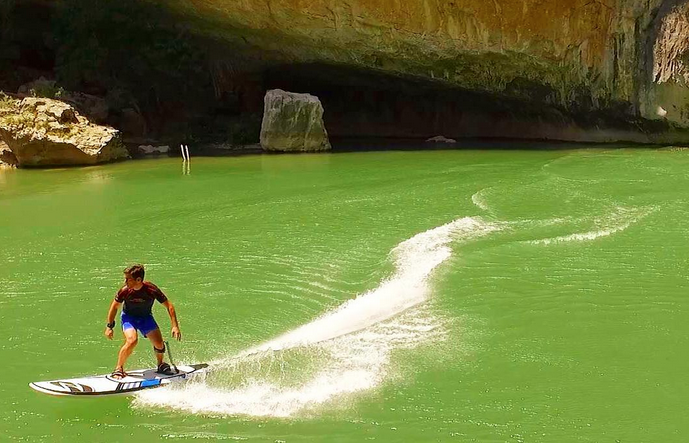 Leaving those stand-up paddleboarders in the proverbial dust, these new battery-powered boards will let you cruise lakes, rivers, cannals and other bodies of water all without that formerly-critical ingredient: waves. 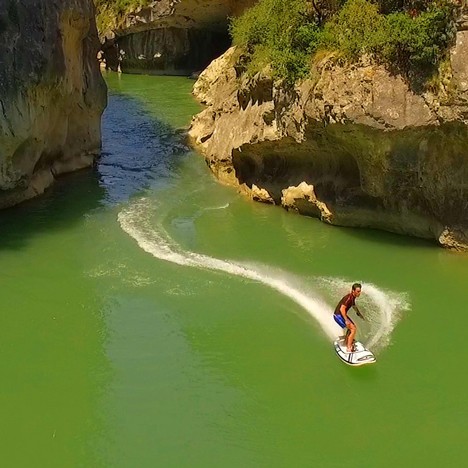 Each version has speed controls tied to a handheld remote and optional foot slots for greater traction. A third model, the Blade, is also in production but details about the board have yet to be released.

The Carver owes its look to the classic longboard and its speed (around 5 miles per hour) to an interchangeable onboard battery powering an axial water pump. The wider Manta has is slightly slower and wider, made for cruising.

The battery life on the faster variant is only 20 minutes, at which point it can be swapped with a spare, but the latter has more energy storage, allowing for up to 2 hours of travel and enabling more ambitious explorations. 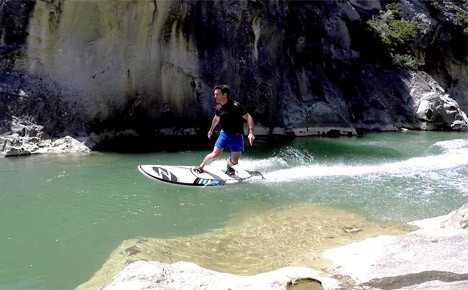 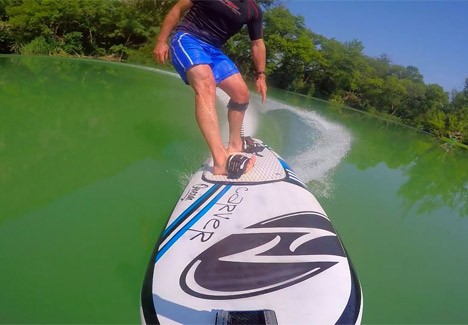 Aside from obvious coastal uses (like providing a backup board on calm days at the beach), electric boards can bring an entirely new sport to landlocked but water-covered places like Minnesota, the Land of 10,000 Lakes.