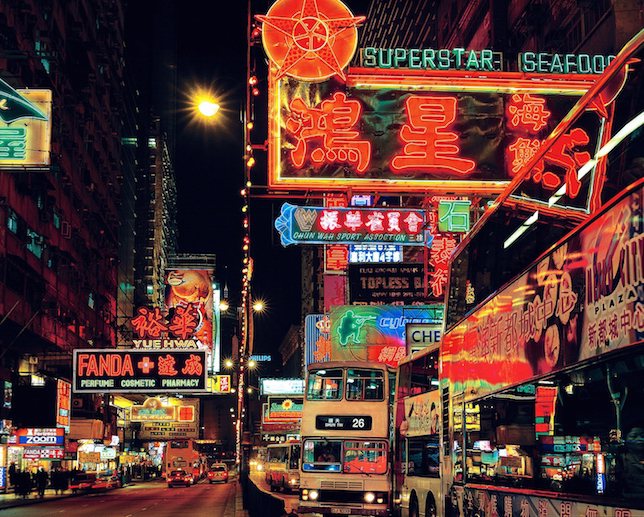 In an effort criticized by local businesses as well as global visitors, Hong Kong has deemed neon signage illegal and is ramping up its systematic removal of these historic place-making lights. 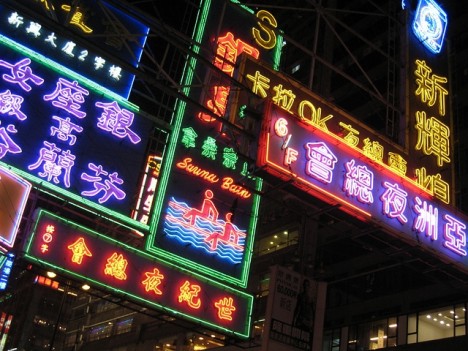 To fans of the city’s vibrant nighttime glow, such signs define the bustling metropolis as much as any work of architecture or public art, featured prominently in many images taken and movies set on or around Hong Kong Island and Kowloon. 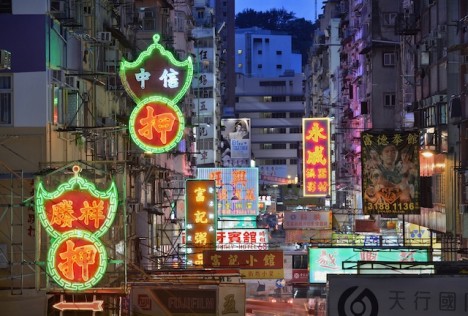 In the last decade, thousands of signs have been removed through incremental city initiatives while preservationists scramble to save, store and display them. Populated with curators and directors from around the world, including the Tate in London and MoMA in New York City, the new M+ Museum is becoming the de facto guardian of many of these castoffs, collecting physical signs as well as videos, images, maps and other documentation. 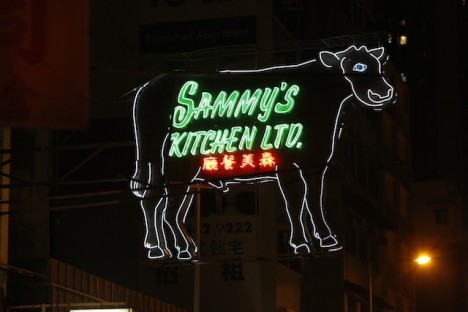 More about the digital arm of their endeavor: “Presented by M+, Hong Kong’s museum for visual culture, “Mobile M+: NEONSIGNS.HK” is an online exhibition that celebrates a key feature of the city’s streetscapes by exploring, mapping and documenting its neon signs. Alongside curatorially-produced essays, videos, slideshows and artist commissions, over 4,000 photos were submitted by the public from 21 March to 30 June 2014 to collectively create a unique neon map of Hong Kong. The site will remain as a lasting record and examination of Hong Kong’s fast disappearing neon signs.” 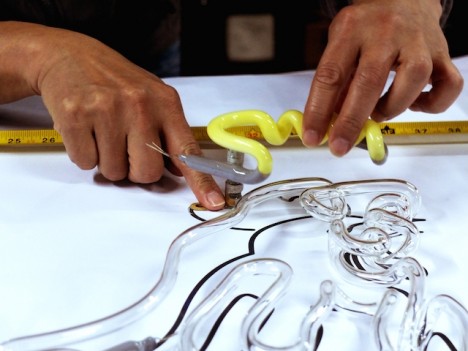 The classic art of neon sign-making involves electrified gas-filled glass pipes, originating in Europe but dating back nearly a century in China. Today, factory-made LEDs are becoming the industry standard. Around the world, the old methods are fading, but many artisanal practitioners continue to fight to restore old signs and keep such practices alive (images by Keith Macgregor, Romain Jacquet-Lagrèze and Mark Pegrum via TheCreatorsProject).