Polar bears, orcas, lions and puppies stick their heads out of holes in the pavement so convincingly, you feel like you could actually pet them. What was once no more than a dull expanse of concrete or asphalt becomes the setting for a vivid scene that appears to jump right out of the ground when viewed from a certain angle. Originally working in chalk, Russian-born artist Nikolaj Arndt now uses a blend of pigments, water and sugar to keep his drawings from blowing away in the wind as he works. 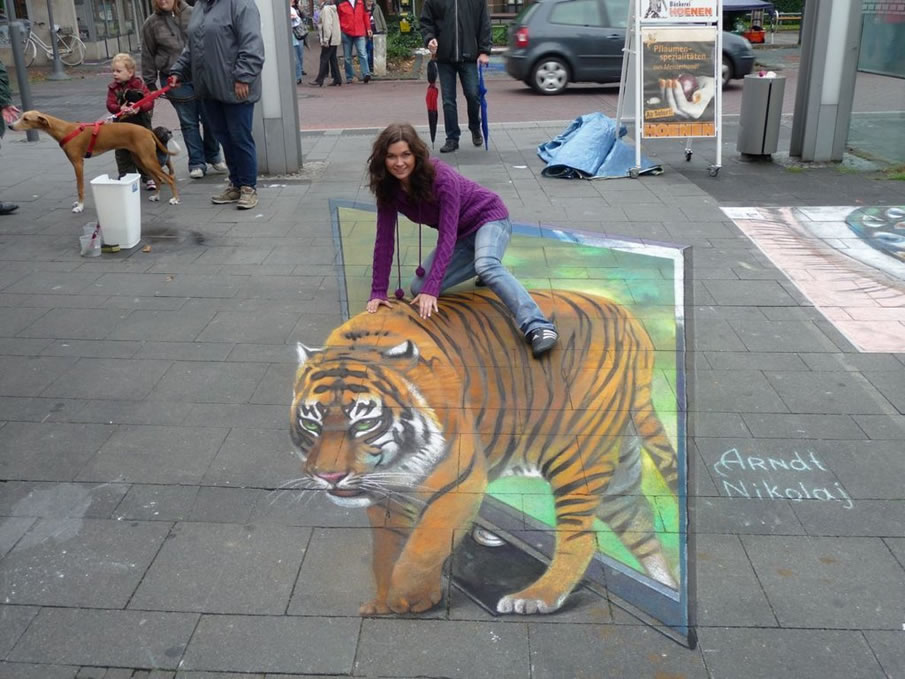 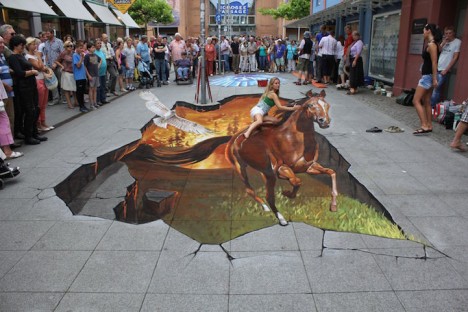 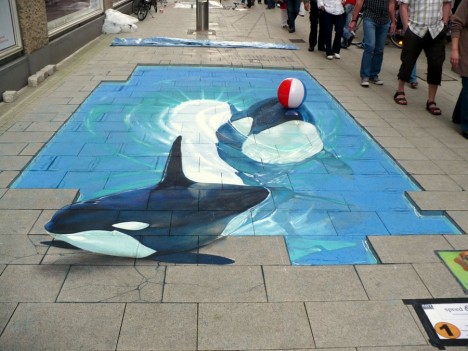 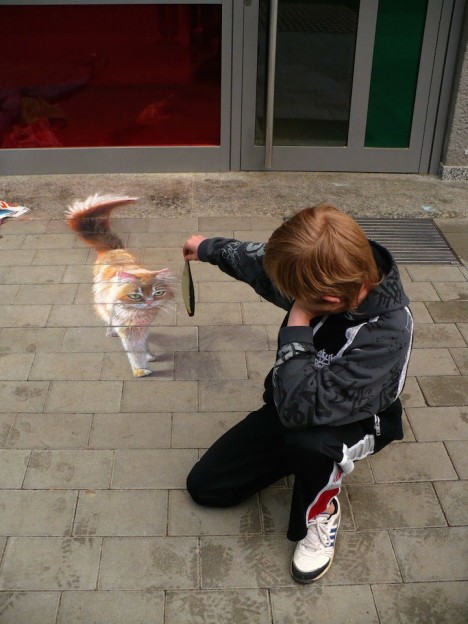 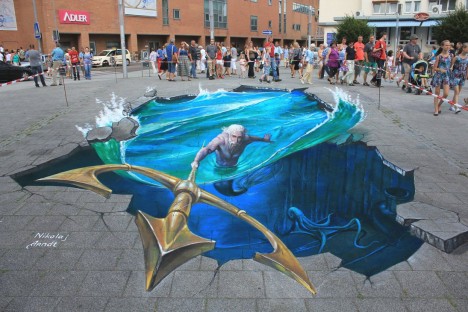 After spending one summer attending sidewalk art festivals in his new home of Germany purely as a spectator, Arndt returned to try his hand at the craft, blowing passersby away with each 3D illusion. In an interview with pxleyes, the artist explains that some works might only last a couple days before they’re scrubbed away, while authorities in other cities actually attempt to preserve the sidewalk drawings as long as possible using varnish. 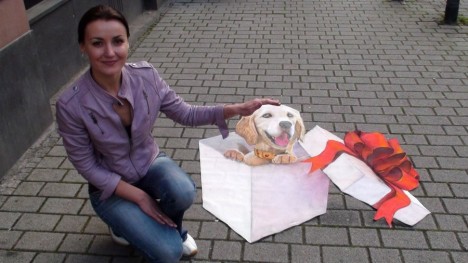 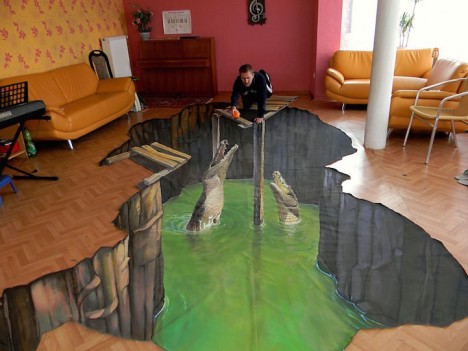 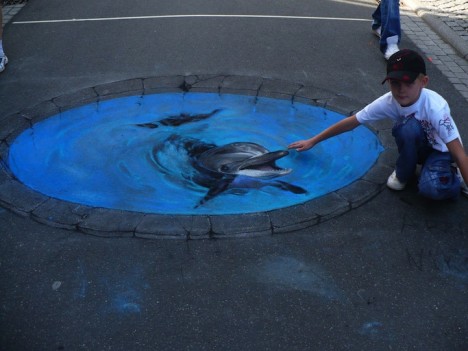 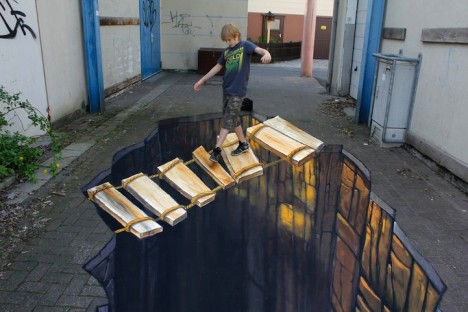 Arndt occasionally uses oil paints on canvas cut into custom shapes to produce a trompe l’oeil effect indoors, as well. “For me, the main thing in art is to give positive emotions to the audience. When people are smiling looking at my pictures, I’m happy.”