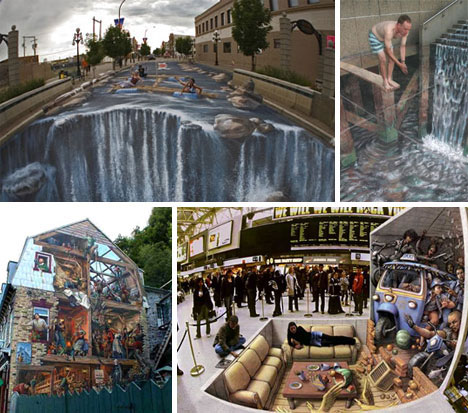 Three dimensional drawing nothing new – the concept itself dates back to the Greeks in the 5th Century BC – but employing perspectival techniques on such a huge scale and with such a broad scope is a much more recent innovation. Some 3D street art takes up dozens of feet of sidewalk to create illusions of depth and three-dimensionality while other mural works cover the entire sides of twelve-story buildings. 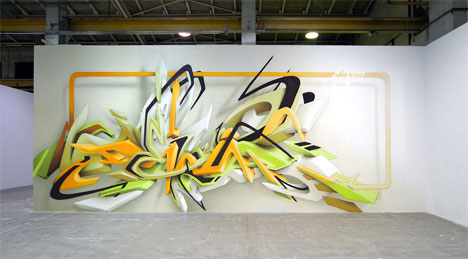 More than just a change in scale there has been a shift in how a third dimension is applied. Today it is used for everything from architectural illusions to street graffiti tags. From famous classics like Kurt Wenner and Julian Beaver to relative unknowns including Felice Varini and Eduardo Relero, here are seventy thrilling three-dimensional artworks from sixteen of the most skilled street artists and masterful mural painters in the world. Click below to see and learn more: