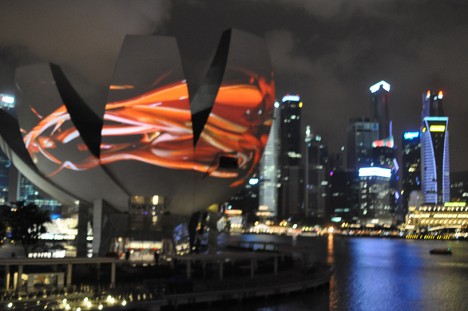 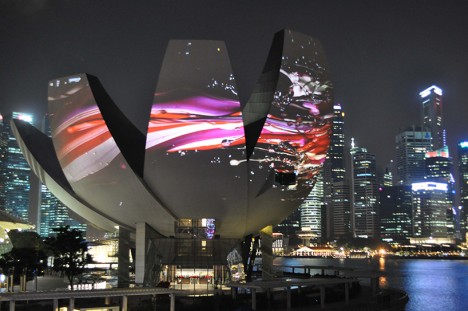 Japanese artist Naoko Tosa projected visuals combining Japan’s natural weather alongside imagery from the Rimpa School style of painting onto the facade of the unusually-shaped Art Science Museum in Singapore. ‘Sound of Ikebana: Four Seasons’ pays tribute to the artist’s culture while also exploring “the surprise of the unpredictable, organic movements of liquids.” 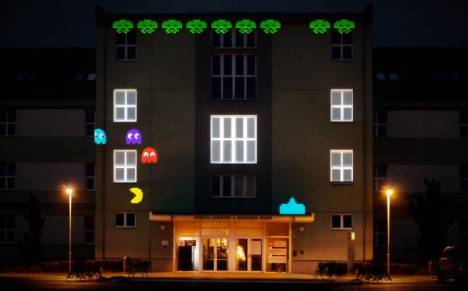 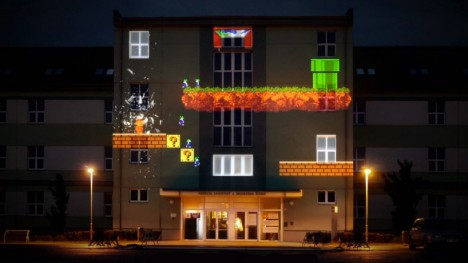 An ordinary building facade becomes the scene for 8-bit invaders in this fun project by Pavel Novak incorporating imagery from the artist’s own fictional game ‘Furniture Catchers.’ 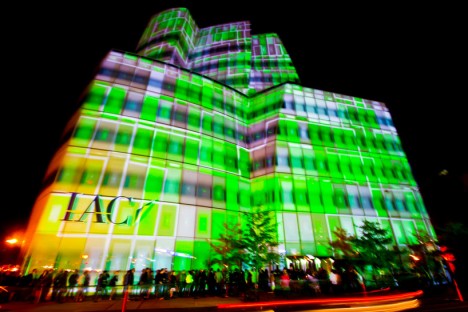 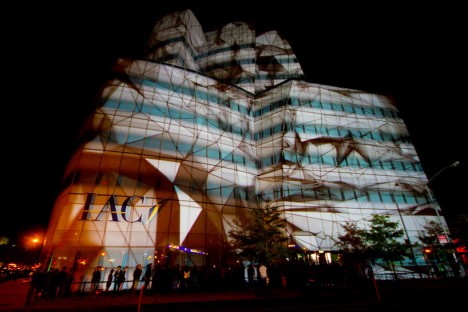 See the IAC Building by Frank Gehry as you never have before in this video capturing a gigantic video performance projected onto its facade as part of the Vimeo film festival. The building houses Vimeo’s headquarters. 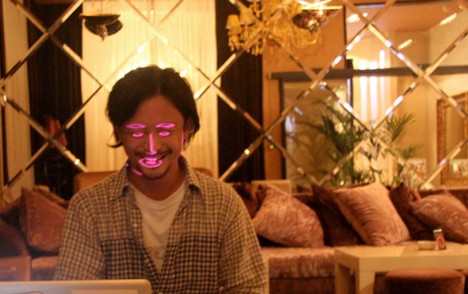 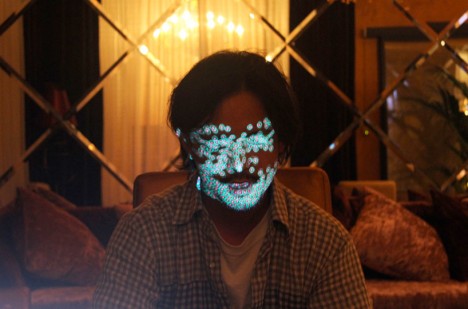 Artists Daito Manabe and Zachary Liberman play around with face projection in this experimental project using the face alignment system ‘Racetracker.” The computer tracks facial realignment in real time, registering a subject’s face and analyzing the composition with algorithms. The artists used the software as a basis for their own creativity, altering their own features.