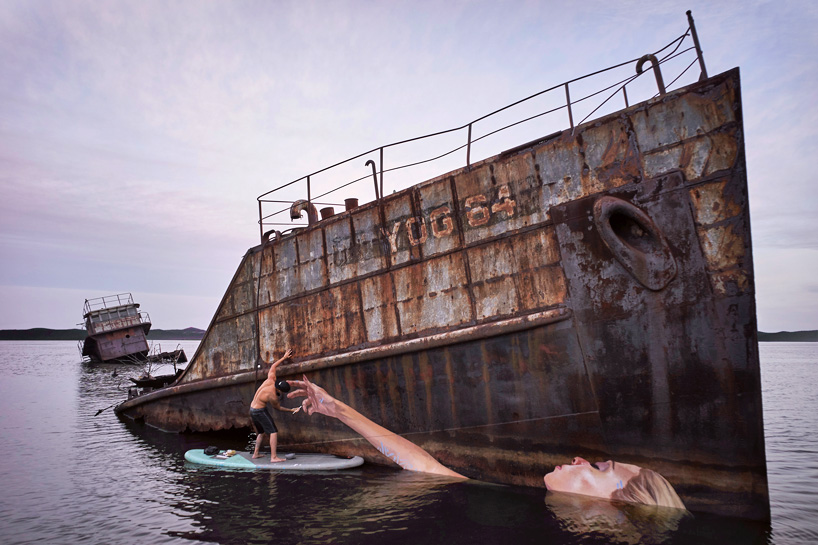 Hawaiian artist HULA paints the head and arm of a floating woman onto the rusted steel surface of an abandoned ship, all while balancing on a surfboard. The woman’s face appears and disappears with the tides, the rising water sometimes only revealing her hand. This large-scale guerrilla mural is the latest waterside work to be completed by HULA, who’s known for his unusual balancing act technique. 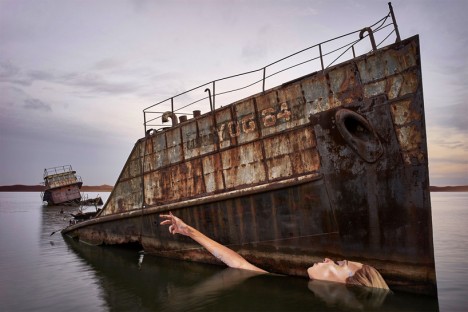 Otherwise known as Sean Yoro, the Oahu-born, NYC-based artist gained attention this summer for translating his oil paintings on canvas to urban surfaces located along canals or other bodies of water. HULA’s favorite subjects are bathing women, painted with photorealistic detail onto crumbling concrete. 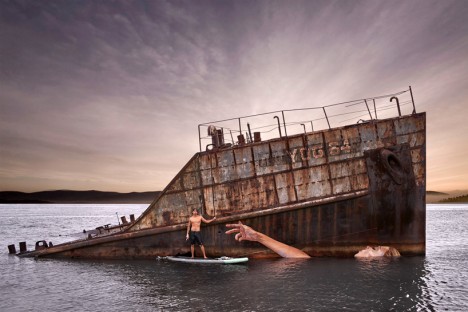 The artist was inspired to create ‘Ho’i Mai’ (which translates to ‘Come Back’) on the stern of a half-sunken ship off the Hawaiian coast after watching the water rise and fall as the tides change throughout the day.  Floating out to work alongside the ship on his paddle board, HULA hand-painted the image without the apparent use of a projector or, in fact, anything other than a few cans of paint and some brushes. 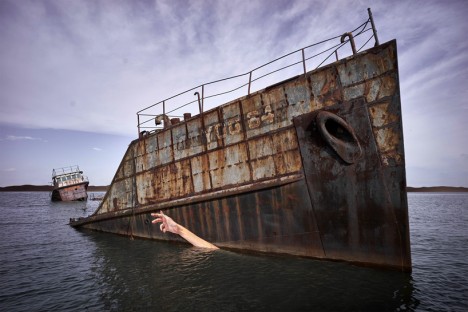 Yoro hopes to turn the ship into a public work of art rather than just a forgotten vessel left to slowly sink into the water over the decades. The painting won’t last forever, though, as the artist uses traditional oil paints knowing they won’t stand up to the elements for long. 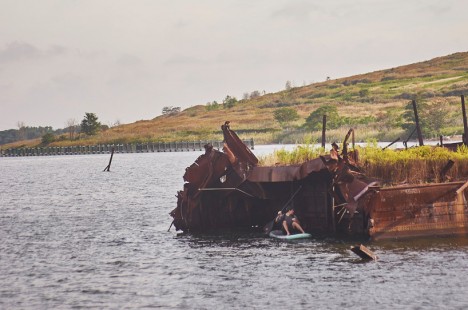 “I use it in a traditional old masters’ technique, mixing both loose brushwork with very tight strokes of sharp lines,” he told CNN. “I’m always trying to make the paint have a juicier texture to really help the portrait come alive. Oil paint outdoors definitely isn’t the best and it doesn’t last nearly as long as acrylics, but I kinda like that my figures have their own lifespan.”