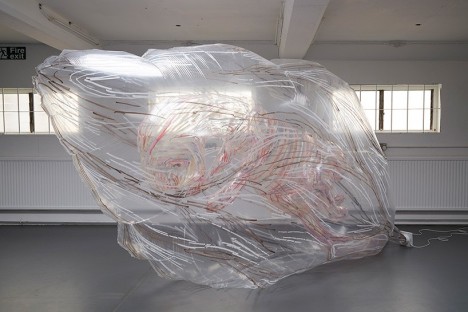 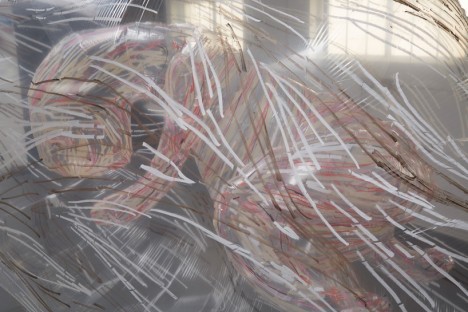 Artist collective El Ultimo Grito inserts one inflatable inside another for a piece called ‘The User Inside the Womb’ at London’s ICA Studio. “We thought it would be interesting to try producing a double inflatable, one inside the other one, as conceptually it refers to this idea of the pressure of the environment over the individual,” say the artists. “If we were to construct the user inside the womb you would be able to see how the difference in air pressure affects the two structures and by introducing a timer on the outside we could enhance this symbiotic movement.”

Balloon Hats Where You Least Expect Them 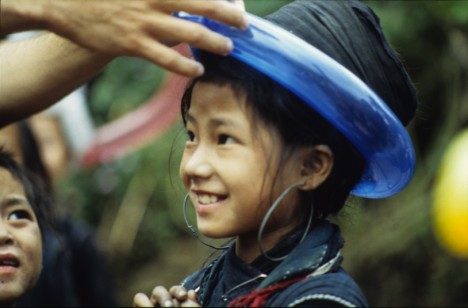 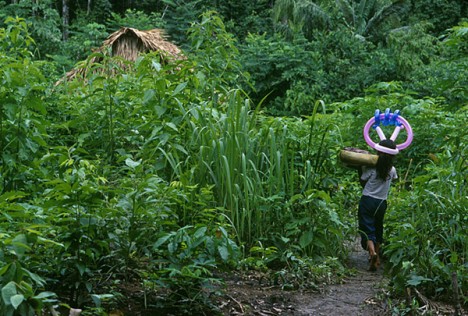 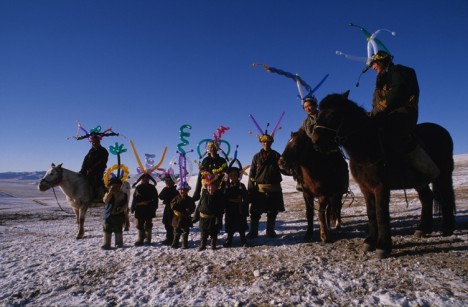 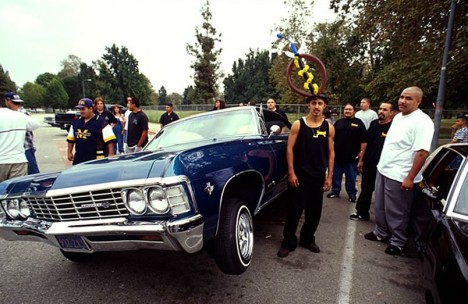 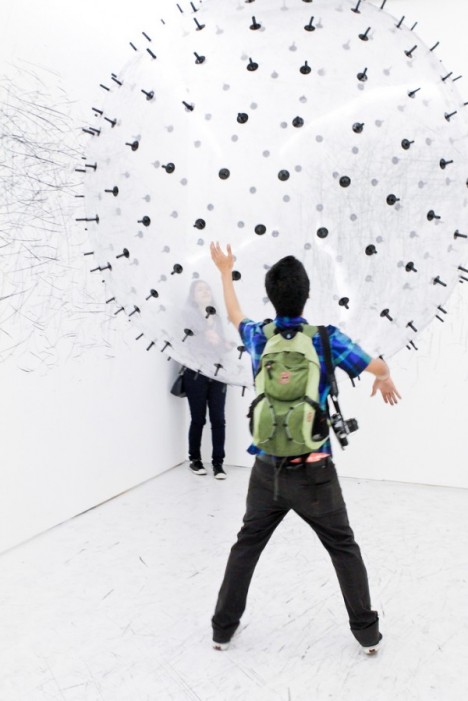 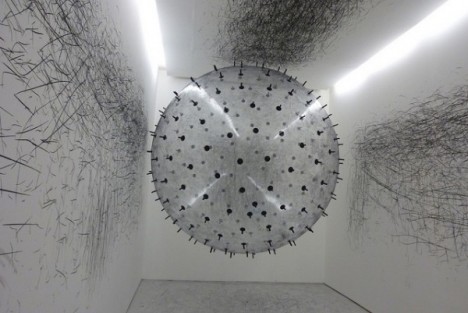 A gigantic transparent sphere is filled with helium, covered in charcoal spikes and allowed to bounce around a gallery space, marking up the previously pristine white walls. The result is a sort of kinetic drawing experiment, manipulated by visitors engaging with the exhibition but otherwise ruled by chance. 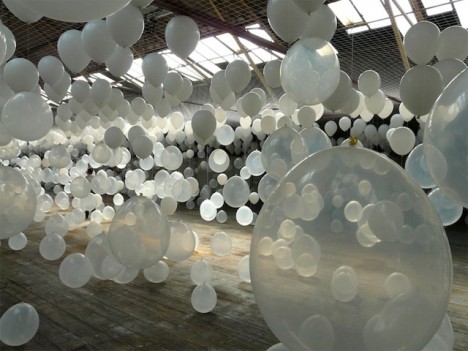 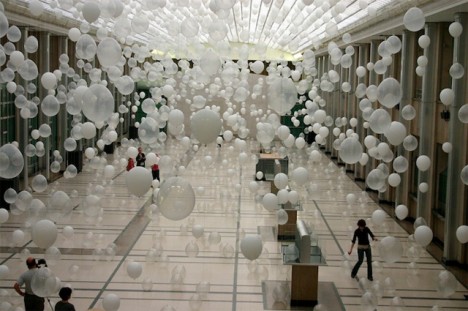 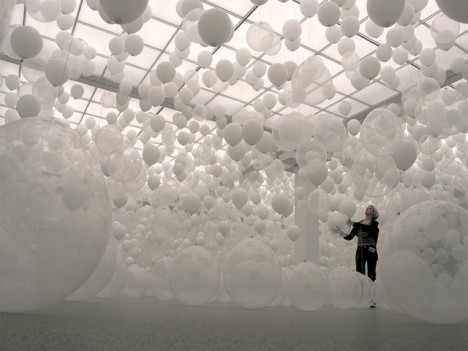 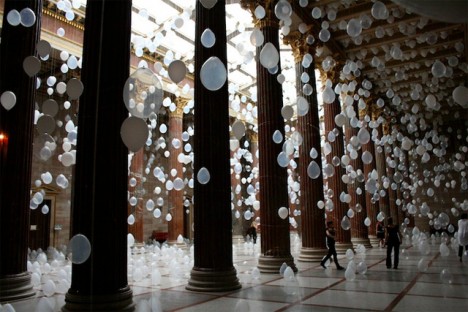 William Forsythe’s traveling installation Scattered Crowd hangs thousands of translucent white balloons inside galleries, museums and other spaces around the world, bringing a sense of the surreal to architecturally significant spaces.