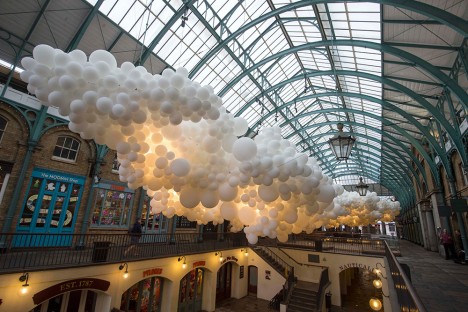 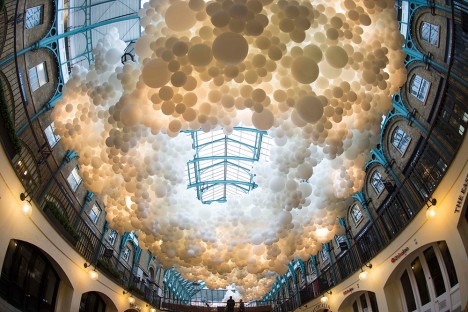 100,000 white balloons filled the inside of London’s Covent Garden, forming a cloud that trails through the space. Says creator Charles Pétillion of ‘Heartbeat,’ “The balloon invasions I create are metaphors. The goal is to change the way in which we see the things we live alongside each day without really noticing them. With Heartbeat I wanted to represent the market Building as the beating heart of this area – connecting its past with the present day to allow visitors to reexamine its role at the heart of London’s life.” 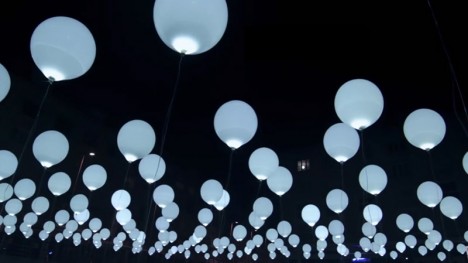 256 white balloons with LED lights placed inside them light up in a carefully planned sequence in this audio visual installation entitled ‘Cyclique.’ Timed to blink in tune with music, the balloons ultimately performed a rather improvised dance as the wind influenced their movement within the space. 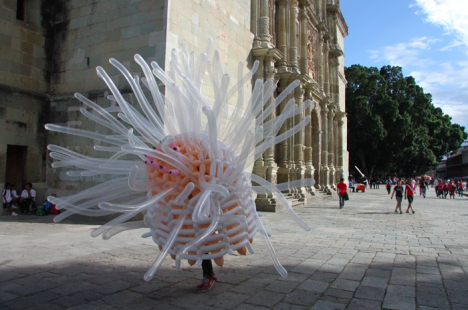 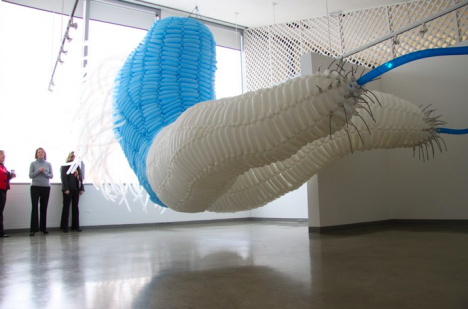 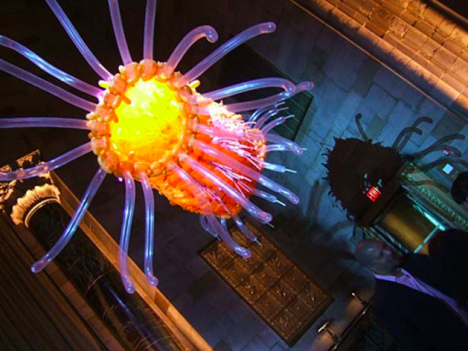 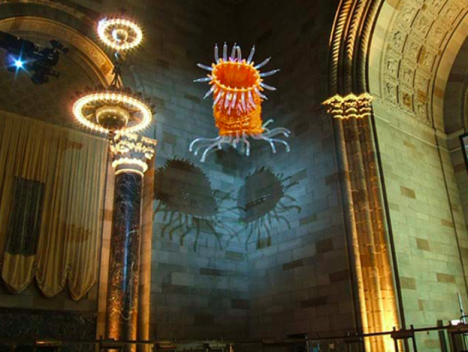 In addition to ‘Pisces,’ artist Jason Hackenworth has installed balloon sculptures in all sorts of places, even making some of them wearable costumes so they can wander around the city like autonomous creatures.