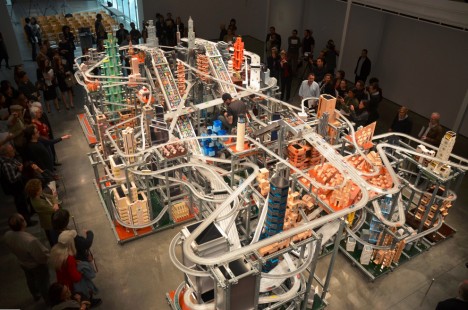 Even when you can observe it fly by from outside, seemingly above the fray, experiencing rush hour traffic may not be as stress-free as you might imagine it would. But you can see and hear for yourself, thanks to conceptual artist Chris Burden and his dynamic sculpture, featured in the nifty short film below (a Vimeo Staff Pick).

A multi-year staple that can be seen at the Los Angeles Museum of Art, Metropolis II “is an intense kinetic sculpture, modeled after a fast paced, frenetic modern city. Steel beams form an eclectic grid interwoven with an elaborate system of 18 roadways, including one six lane freeway, and HO scale train tracks.” 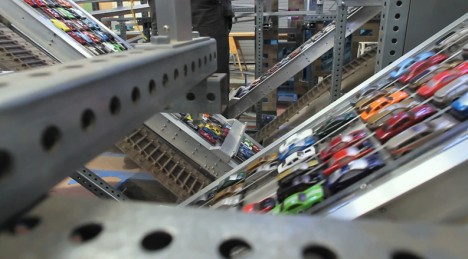 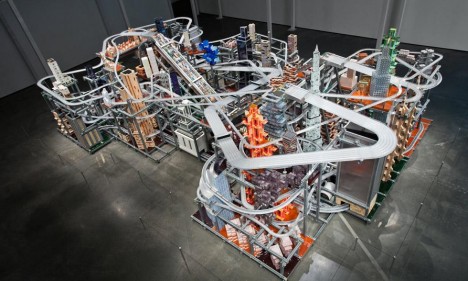 More from the LACMA: “Miniature cars speed through the city at 240 scale miles per hour; every hour, the equivalent of approximately 100,000 cars circulate through the dense network of buildings. According to Burden, ‘The noise, the continuous flow of the trains, and the speeding toy cars produce in the viewer the stress of living in a dynamic, active and bustling 21st century city.'” 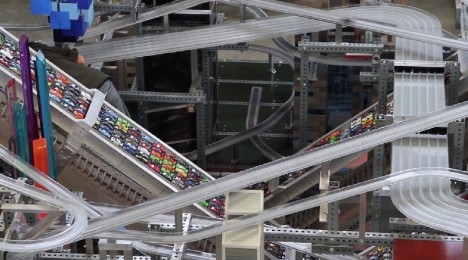 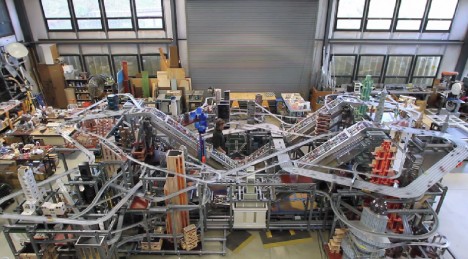 At the push of a button, a fleet of toy-sized cars (as well as trains) zip out of their hiding spots and quickly fill up the looping tracks, weaving between structures and speeding along side streets only to rejoin the main highways later in their never-ending little rat-sized race to nowhere.