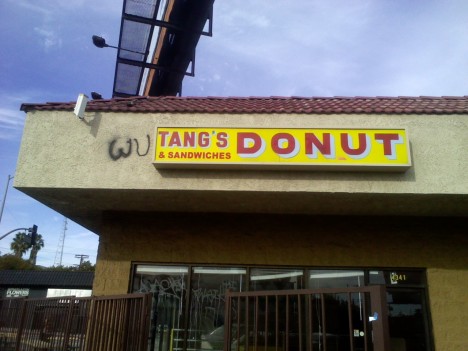 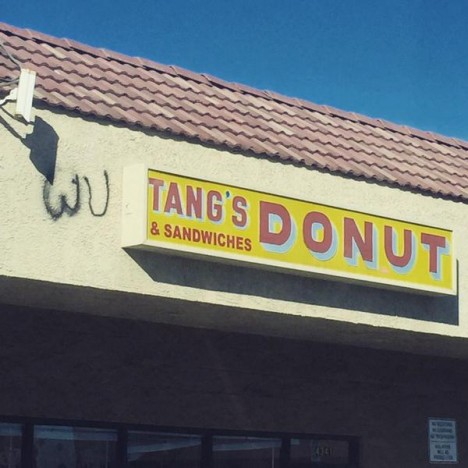 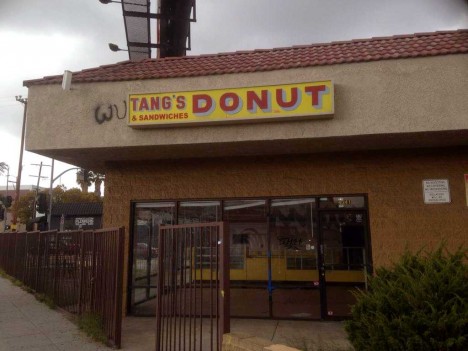 Tang’s Donut & Sandwiches was a long-time Silver Lake, Los Angeles hangout that must have had more than a few graffiti taggers itching to add their mark. They got their chance in early 2015 when Tang’s finally tanked and the shop was abandoned. Tanks, er, thanks to Twitter users Tom Petruno and Dirty South for posting the humorously-modified storefront.

No Donuts For You! 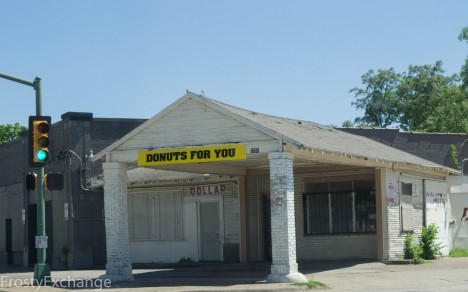 Donuts for me? No, Donuts For You! Not sure what the “DOLLAR” sign meant, is that what the donuts cost? We’ll just assume customer confusion caused this minimalist donut shop to bite the biscuit. Flickr user Frost Urban Photography captured the Deep Elm (possibly Deep Ellum in East Dallas, TX) retail catastrophe on April 18th, 2015. 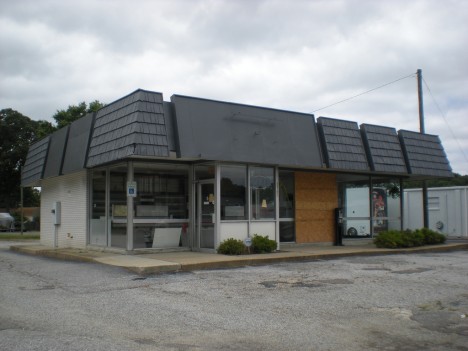 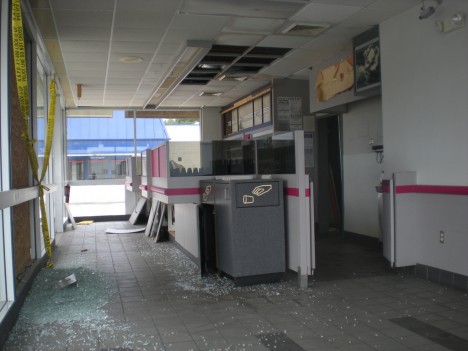 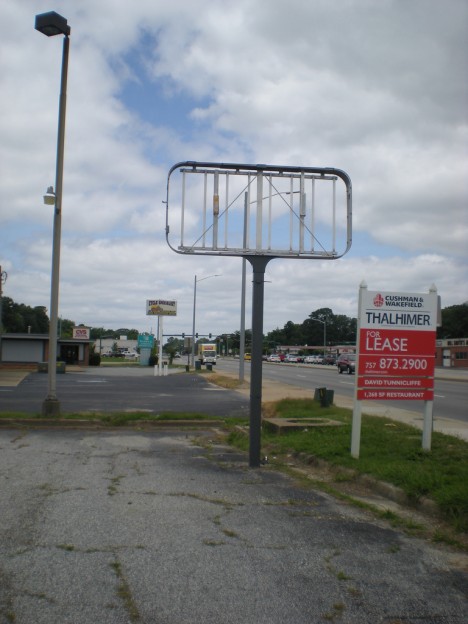 Time to make the donuts… again. Here’s an abandoned Dunkin’ Donuts restaurant in Newport News, VA. According to Flickr user Ryan (RetailByRyan95), “this location opened in 1970 and closed in May 1993. It re-opened on March 8th, 1995 and closed in 2010.” Gotta give the store owner an A for effort but an F for failing – twice. 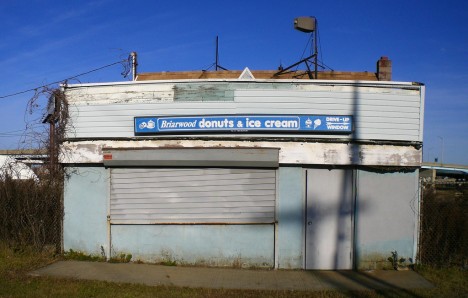 Briarwood Donuts & Ice Cream in Bridgeport, CT not only served donuts AND ice cream, but offered customers the convenience of drive-thru service. If that ain’t a formula for success, what is? Lotsa things, it would seem, as Briarwood had given up the ghost quite some time before Flickr user Josh Michtom captured it on November 29th, 2007. 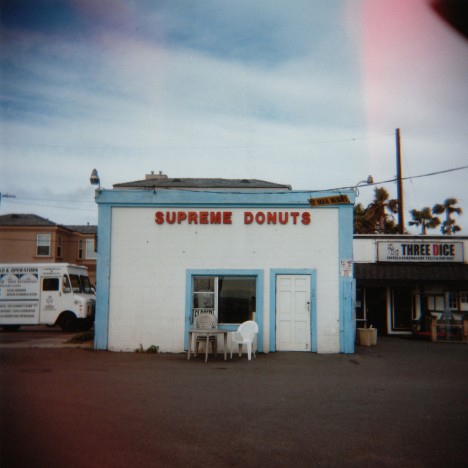 It would appear donuts and sand don’t mix… who knew? Supreme Donuts in downtown Huntington Beach, CA was perfectly positioned to lure in hungry surfers, being located cheek by jowl to Three Dice Coffee & Surfboards. Sorry Supreme, the first rule of safe surfing states one must never surf on a full stomach. Kudos to Flickr user brucs for the above Holga-tastic shot of the abandoned Supreme Donuts taken on February 12th of 2008.