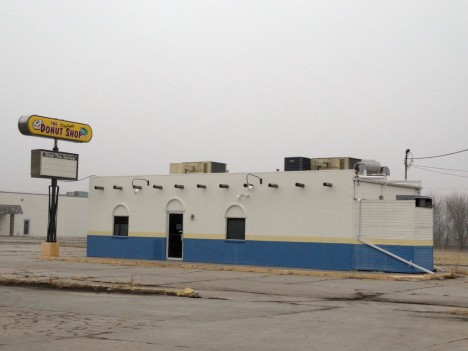 The Daylight Donut Shop operated out of a particularly pretty building in Concordia, Kansas until factors unknown led to its closing. The place remained unmarred by graffiti taggers until at least February 15th, 2015, when Flickr user jdfordham69 was moved to immortalize its abandoned status for posterity. 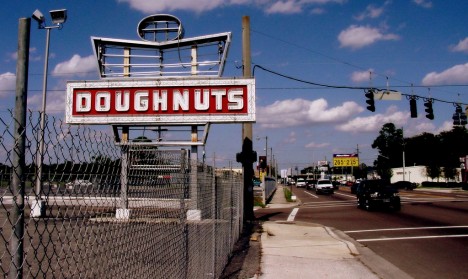 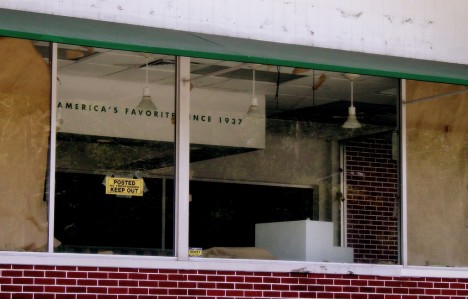 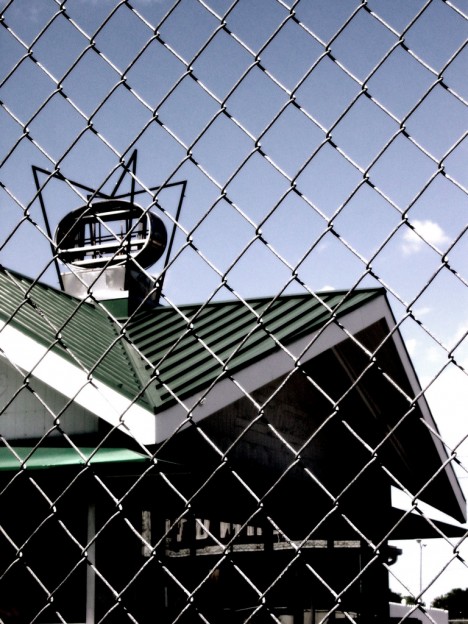 Flickr user Just Trying Stuff (Haunted E) snapped this abandoned Krispy Kreme (“America’s Favorite Since 1937”, doncha know) on October 13th of 2007. The location on Lenox Ave in Jacksonville, FL can be said to mark the high-water mark of Krispy Kreme as the company was buffeted by fallout from accounting scandals, the Atkins Diet craze, and an overly-optimistic expansion program in the mid-2000’s. That bites. 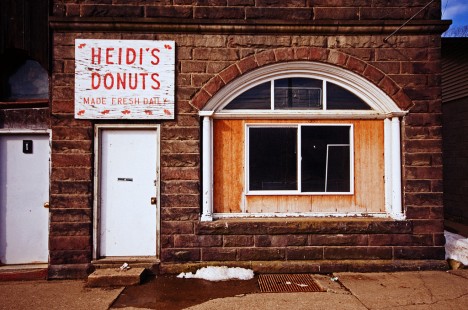 Life might be tough for chain-store donut shops but Mom & Pop operations haven’t fared much better. Take Heidi’s Donuts, for example: donuts “made fresh daily” advertised by an obviously hand-made sign weren’t enough to help Heidi’s avoid Chapter 11. A tip of the cap to Flickr user Randy Fox (congoeels), who captured the abandoned donut shop along with the last of the winter’s snow on March 10th, 2010. 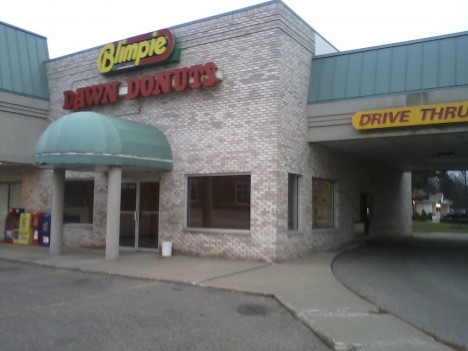 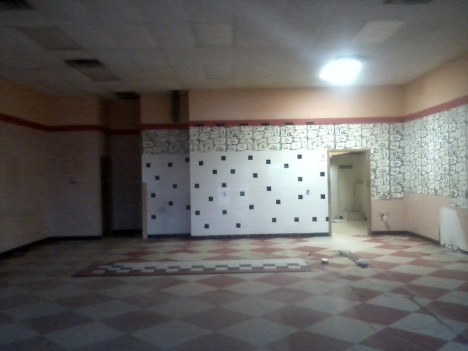 Oh the hungry humanity! This abandoned drive-thru eatery on Hill Rd. in Grand Blanc, MI looks to have been shared by Blimpie submarine sandwiches and Dawn Donuts… you’d think one of the two could survive, but nooooo! Presumably one went belly up, dragging the other down with it. So much for dinner AND dessert! Flickr user Bobby P. (wachovia_138) posted exterior and interior shots of the ill-fated fast food combo on December 20th of 2014. 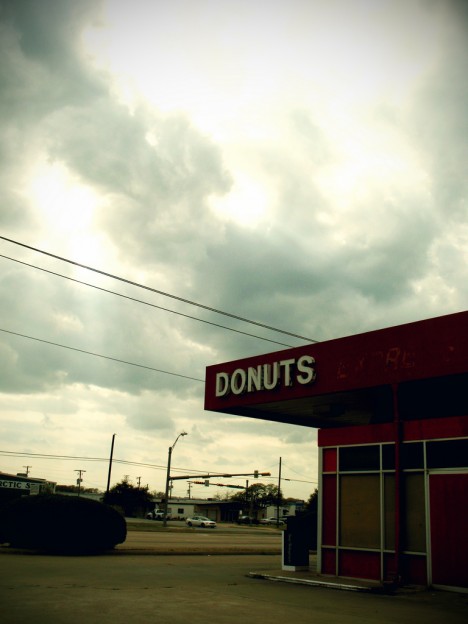 When confronted by an abandoned donut shop, one doesn’t know whether to shout DOH! or NUTS!… try both if it makes you feel better. Our bonus image comes courtesy of Flickr user Christy (squirlaraptor) who chanced upon the anonymous un-branded storefront on March 9th, 2009, while waiting for her cat who was at a nearby vet’s for a checkup. End of story: Christy picks up cat, doesn’t pick up donuts, lives happily (tho’ hungrily) ever after. That’s hole, folks!