Site of the Weathermen Townhouse Explosion 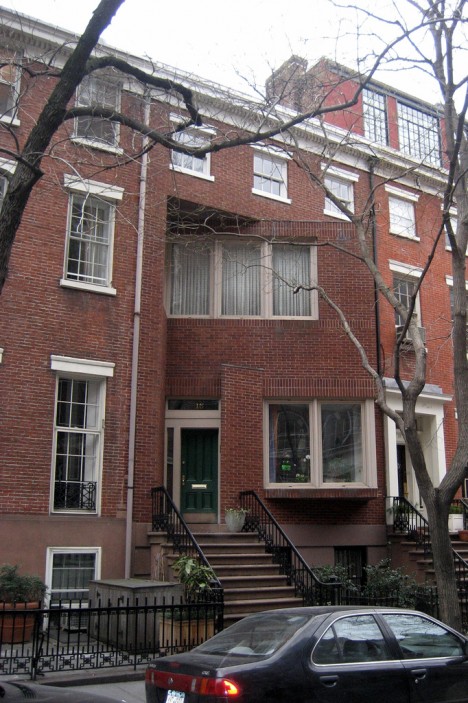 If you’ve ever taken a stroll along picturesque West 11th in Greenwich Village, perhaps you’ve noticed one anomalous facade, angled to the street as if the front portion was excised and then reinserted the wrong way. In fact, number 18 is the site of a violent bomb blast known as the Weathermen Townhouse Explosion that ripped the building open and killed three members of the radical left-wing Weather Underground protest group. Inexperienced with explosives, the duo making pipe bombs in the basement crossed some wires and took a third member, who was walking into the house, along with them. Two others who were upstairs at the time survived, making a break for the F train to avoid capture despite the fact that they were injured and most of their clothes were blown off. The group had planned to bomb an officer’s party at Fort Dix in New Jersey as well as the library at Columbia University. In 1978, the facade was reconstructed by modernist architect Hugh Hardy. It may stand out, but you’ll find no plaques here telling of the building’s history; it’s a private residence like any other on the street. 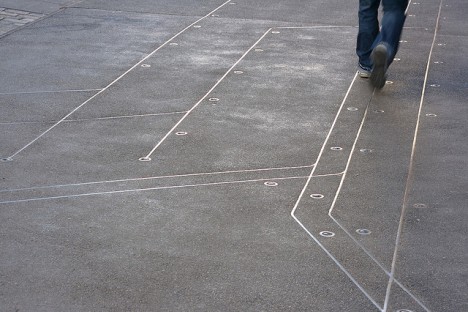 Don’t want to reveal yourself as a tourist by pulling out a subway map in a public place? Make your way over to Greene Street in SoHo to walk along an oversized replica embedded into the pavement. Check it out and appreciate it, sure, but be sure to stand off to one side, or you’ll hold up sidewalk traffic and everybody will know you’re a tourist anyway. 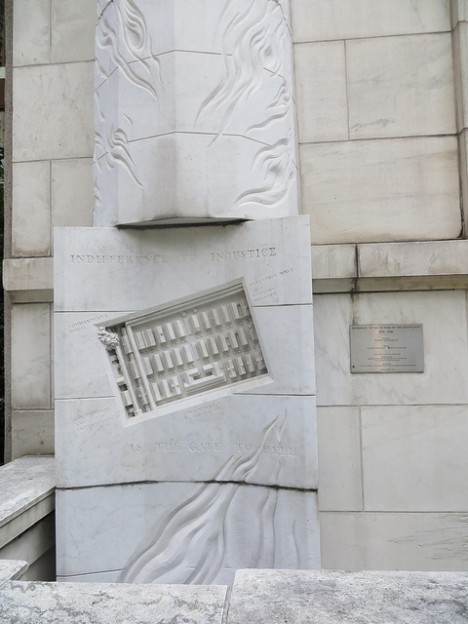 Hidden away among all the ornate carvings on the Beaux-arts Appellate Division Courthouse in Madison Square is a tiny Holocaust memorial. The chilling sculpted representation of Auschwitz by Harriet Feigenbaum was built into a column added to the facade in 1990 and includes the execution wall, torture chamber, gas chamber and crematorium below the words ‘Indifference to Injustice is the Gate to Hell.’ 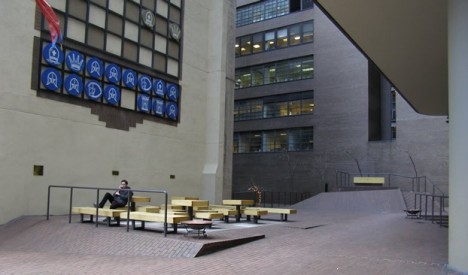 You can find chess matches in progress virtually anywhere in New York, but none quite so large as the board mounted to the side of an apartment building at the southeast corner of 48th and Third. Reputed to be the largest in the world, this board is three stories high, and the game is excruciatingly slow, with just a single piece moved every Wednesday at noon with a cherry picker. Who’s playing? Get more info from a plaque inside the lobby of 767 Third Avenue.