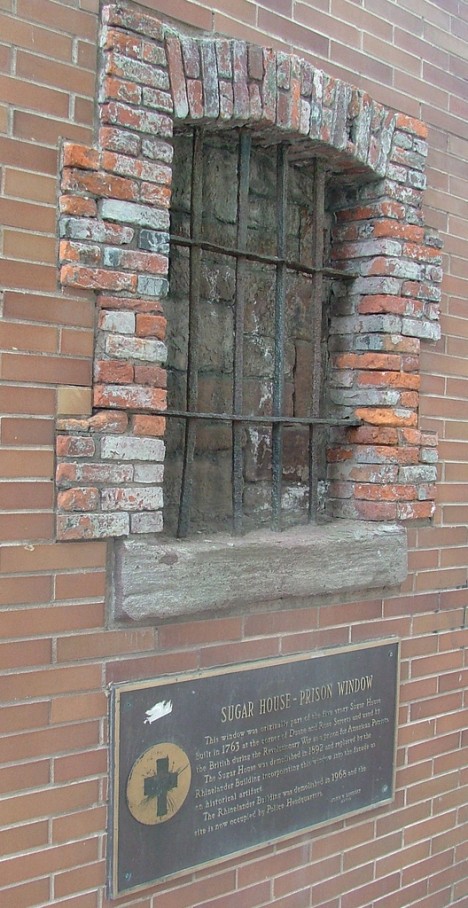 All that remains of the infamously brutal Sugar House Prison, a five-story former residence commandeered by the Redcoats during the English occupation of New York in 1776, is this strange little window on the side of what is now the New York City Police Department Headquarters. The plaque below it notes that it was originally part of the Sugar House, but doesn’t go into any of the dirty details of the torturous conditions that 17,500 prisoners endured within. The original building was demolished in 1968, but the builders preserved this single barred window by mounting it within the wall. 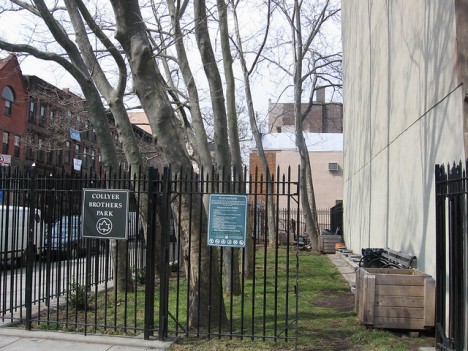 For decades, two brothers named Homer and Langley Collyer secluded themselves inside their Harlem brownstone at 2078 Fifth Avenue, obsessively collecting all manner of items that piled up into dangerous mountains all over their home. Withdrawing from society and becoming fearful of changes they saw in the neighborhood during the Great Depression, the brothers created booby traps to keep visitors out and soon drew infamy among the locals, who began to congregate outside the home. The Collyers responded by boarding up their windows an wiring the doors closed and reportedly slept in ‘nests’ of debris, Langley venturing out only after midnight to pick food out of the trash and collect more junk. In 1947, both were found dead inside, trapped by their own hoarded possessions. The site of their home, which was demolished in the ‘60s, is now a pocket park. 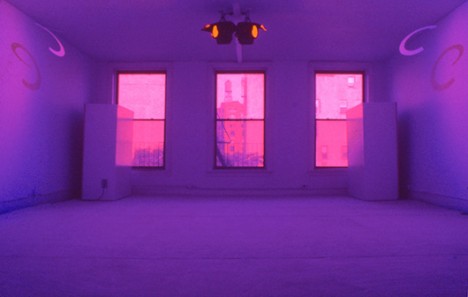 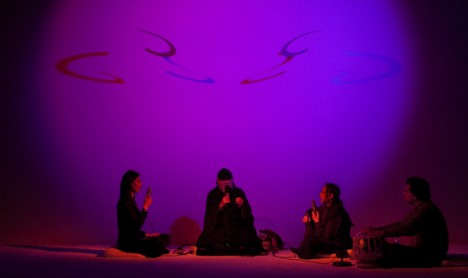 Illuminated in sleepy tones of pink and purple, THE DREAM HOUSE is an interactive art gallery in TriBeCa created by pioneering minimalist musician couple LaMonte Young and Marian Zazeela. The permanent light-and-sound installation started out as a place for Young to practice music and eventually grew into an immersive public experience, with visitors welcomed inside each weekend to silently lounge on giant cushions and shag carpeting while listening to throbbing, droning sounds. Find it at 275 Church Street. 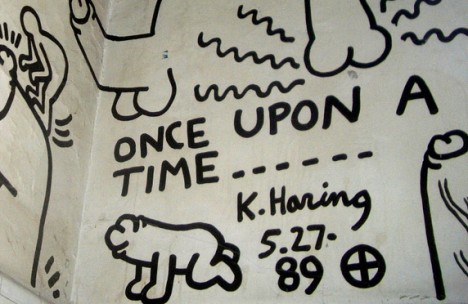 A very NSFW black-and-white mural by renowned LGBT artist Keith Haring can be seen in person for free in a decidedly unglamorous location – the second-floor men’s bathroom at The Center on W 13th St. Created for The Center Show, a celebration of the 20th anniversary of the Stonewall Riots, the mural was Haring’s last large work before his death of AIDS-related complications in 1990 and pays tribute to the halcyon days of worry-free restroom liaisons before HIV and AIDS ravaged New York’s gay community.