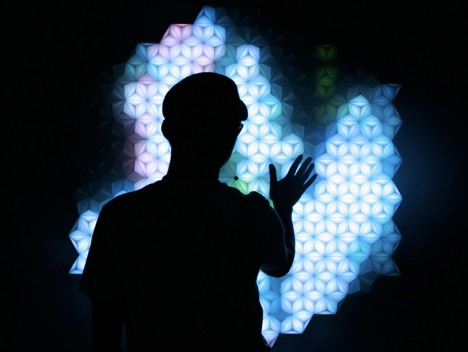 With ‘New Angles,’ an interactive light installation, Shanghai-based design studio Super Nature “creates dialogues between imagination & reality, present & future.” A hexagon made of faceted crystalline objects, the installation blinks and changes color to mimic the actions of anyone who stands in front of it.

Aeolian Light Changes with the Wind 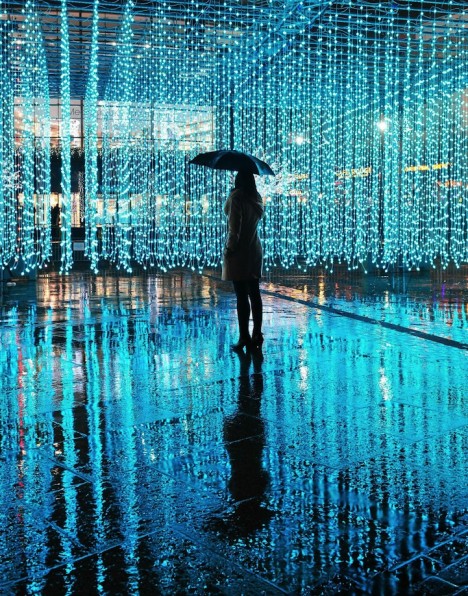 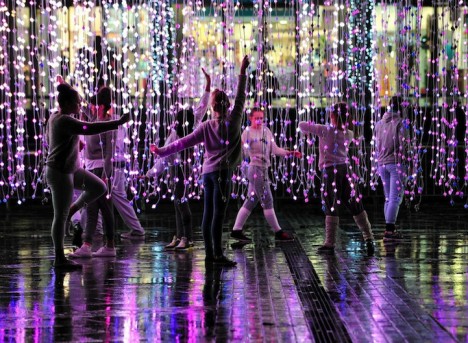 Thousands of points of light saw in the wind and change color, activated by the movement in their environment. Created for Quays Culture and The University of Salford in Manchester, England, ‘Aeolian Light’ creates a pixelated virtual world that visualizes the shifts in the air. “When the wind blows hard the space feels chaotic and turbulent – with many lights flickering and forming. On quieter evenings, the experience is calm and gentle. Human responsive as well as wind responsive, by walking and playing amongst the lights you will leave trails of luminescence behind you as you move through the space.’

Resonate: Strings of Light Can be Plucked Like a Guitar 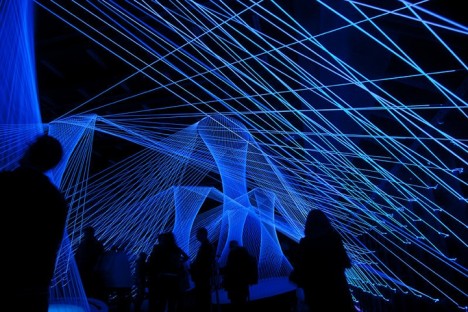 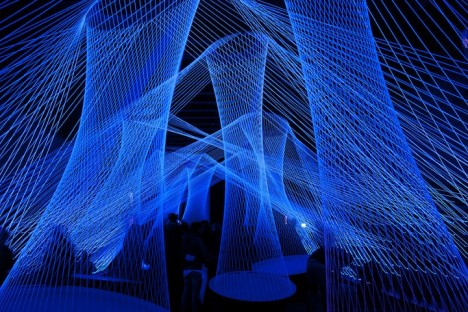 The phosphorescent-blue strands creating columns and other spatial illusions at Frankfurt’s Luminale festival can actually be plucked like strings of a guitar to produce an auditory response. ‘Resonate’ invites viewers to playfully interact with it in the dark, creating their own compositions.