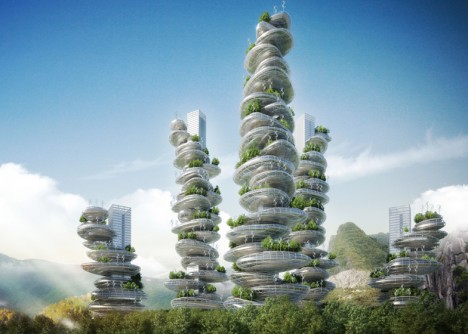 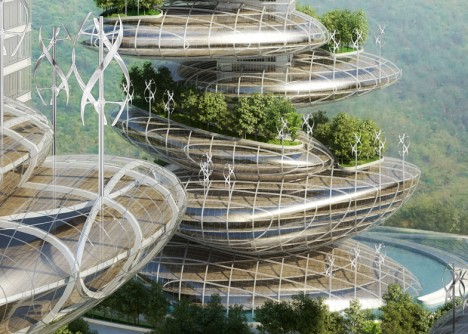 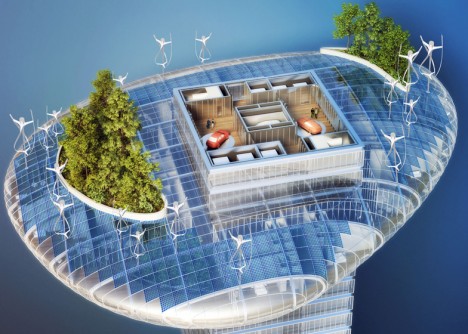 Stacks of oversized glass pebbles reach into the sky in Vincent Callebaut’s ‘Asian Cairns’ design for Shenzhen, China. Encouraging density to deal with the region’s rapid urbanization, the system of towers produces more energy than it consumes and fosters the sense of an enclosed village by encouraging residents to also work within the towers, sustaining their own families and their neighbors. 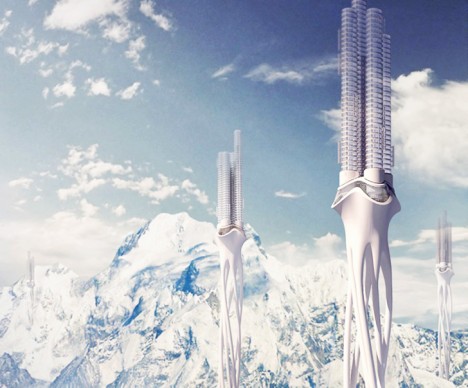 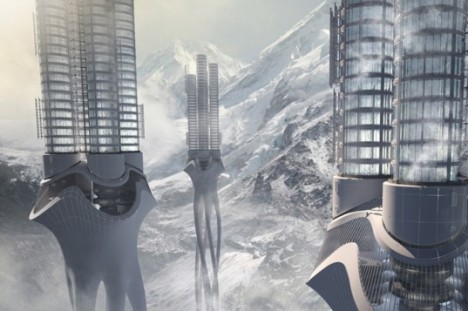 Spiraling tendrils send the Himalaya Water Towers straight up into the sky to collect and store water, bringing it down to the settlements on the ground. This mountain range’s 55,000 glaciers contain 40 percent of the world’s fresh water, and the towers absorb it with their six stem-like pipes, which contain water-holding cells that grow stronger as they reach their maximum capacity. 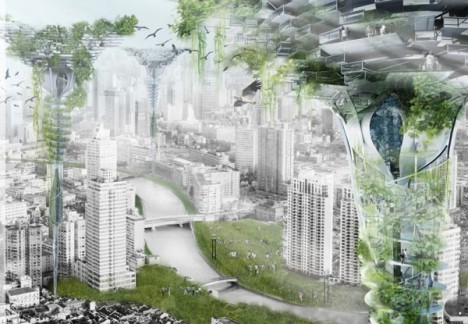 Shanghai’s water supplies are under serious strain from the city’s burgeoning population, but plentiful rainwater and monsoon season floods could be put to use to remedy the problem. This skyscraper concept envisions collecting and purifying both rainwater and water from the river, pumping the clean water underground. The organic matter sifted from the water is used to develop and feed farmland and wetlands and to grow green algae within the tower. 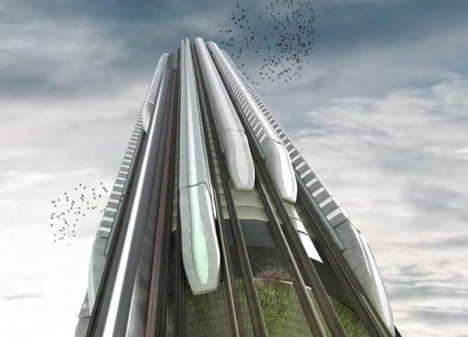 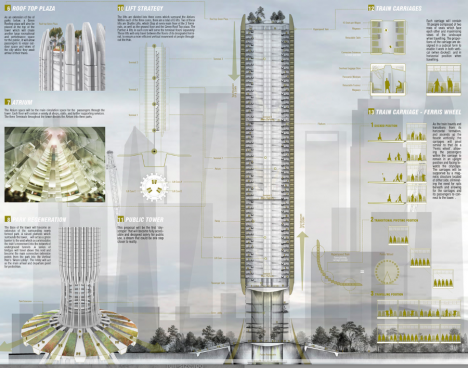 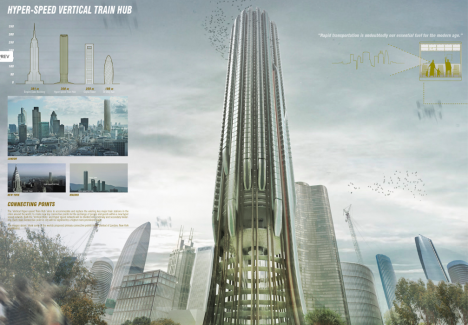 The megacities of the future will require far more robust public transportation systems, ideally taking up the least amount of land space possible, since all square footage is already at a premium. The Hyper-Speed Vertical Train Hub “will ‘flip’ the traditional form and function of the current train station design vertically, and re-form it into a cylindrical mass to increase the towers train capacity. This tall cylindrical form aims to eliminate the current impact that traditional stations have currently on land use, therefore returning the remaining site mass back to the densely packed urban Mega City.”