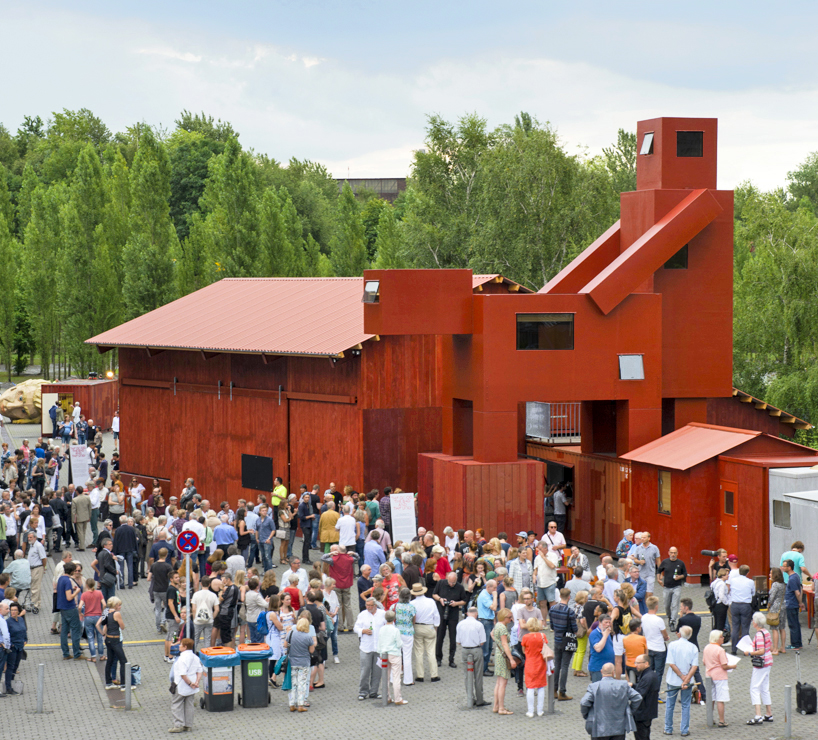 Grab a cocktail inside an oversized rectum and then take in the unsettling sight of a sculptural red building graphically referencing humankind’s dominion over nature. Dreamed into being over a period of nearly twenty years by design collective Atelier van Lieshout, this series of over 20 sculptures and structures became an immersive exhibit at the annual Ruhrtriennale Festival in Bochum, Germany. 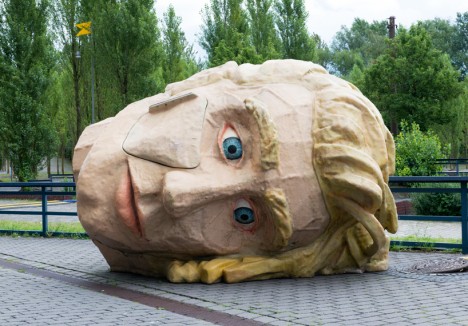 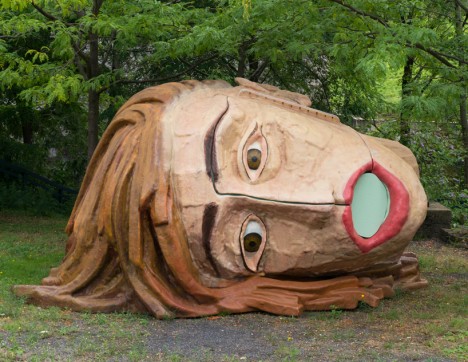 Collectively called The Good, The Bad and The Ugly – also the name of a mobile art lab created by the studio in 1998 – this series really lives up to its name, ranging from the aforementioned visual abstraction of bestiality to a pair of giant inhabitable heads placed horizontally on the grass. The Head Claudio & The Head Hermann call to mind an eerie statue at the abandoned ‘Gulliver’s Kingdom’ theme park in Japan. 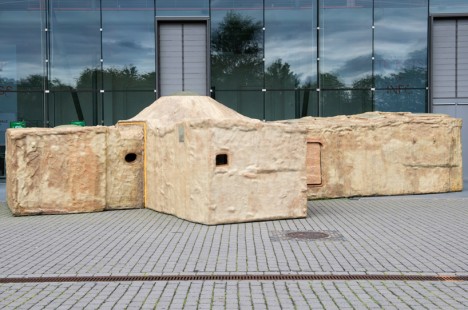 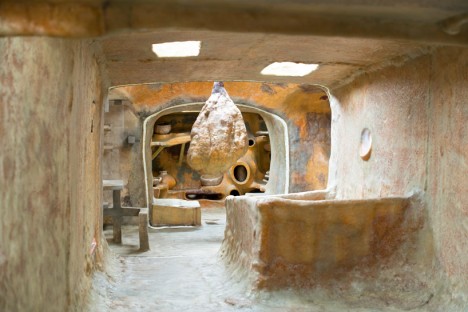 With its lumpy beige textures mottled with red, a fleshy, human-fat-mimicking structure called Hagioscoop could very well be the answer to the question, “What’s the most viscerally disgusting material that a building could be made of?” The ‘Barrectum’ isn’t exactly pretty either, covered in veins and ending in a tangle of intestines that lead to a stomach and finally, a tongue. 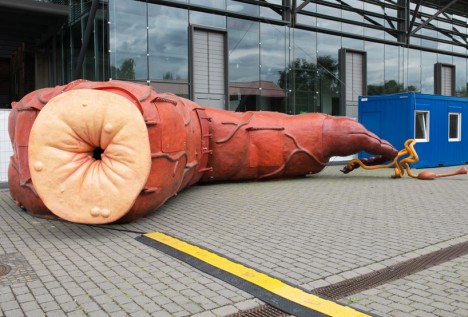 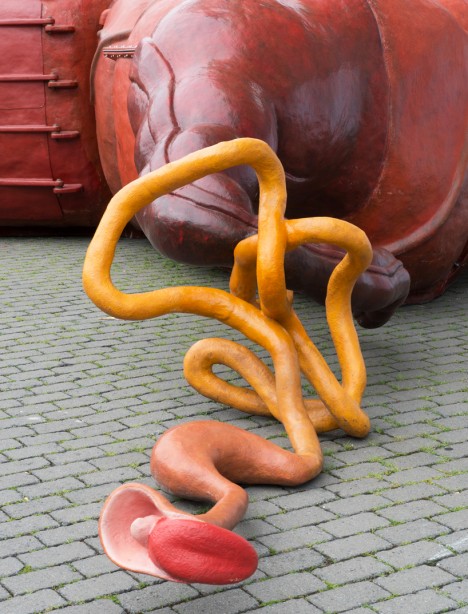 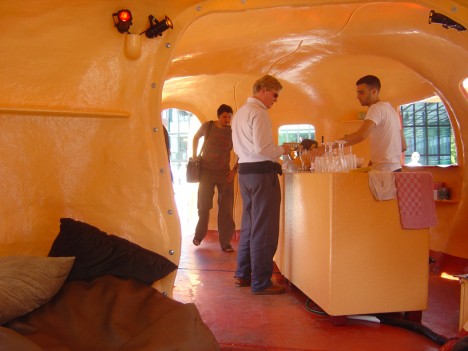 But it’s the Domestikator that’s really the star of the show, even if you don’t particularly want to look at it too much. “Domesticator symbolizes the power of humanity over the world,” say the designers. “It pays tribute to the ingenuity, the sophistication and the capacities of humanity, to the power of organization, and to the use of this power to dominate, domesticate the natural environment.” 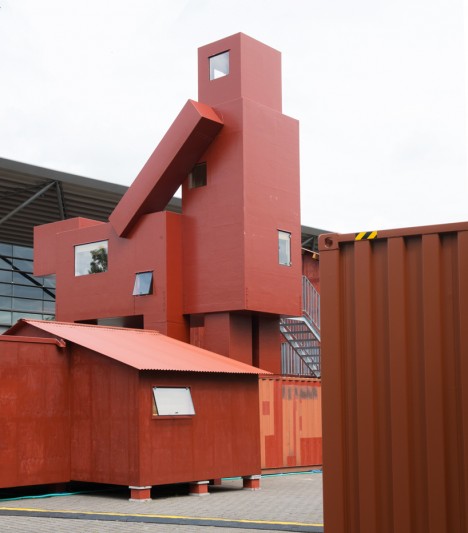 “The act of domestication, however, often leads to boundaries being sought or even crossed. Only a few taboos remain, and it is these taboos that the Domestikator seeks to address.”