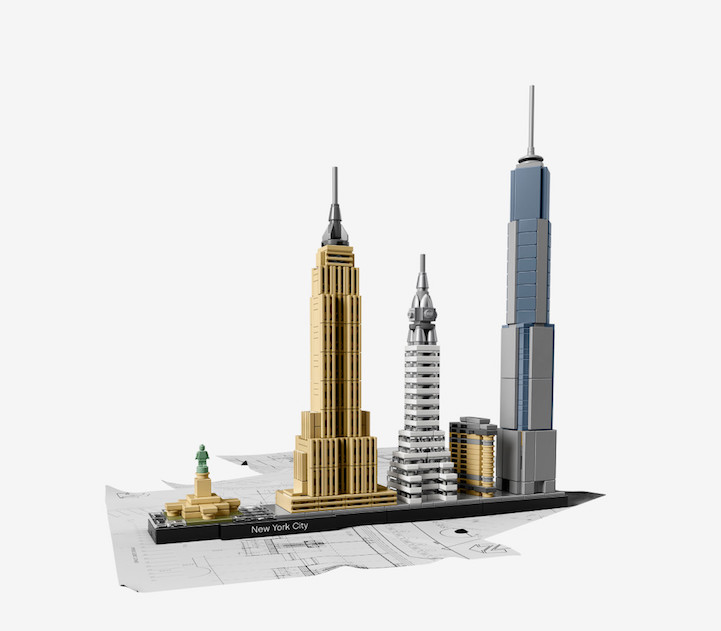 The phrases ‘adult toys’ and ‘city blocks’ take on a different meaning when applied to architecturally sophisticated LEGO sets like these, enabling you to make your own miniature replicas of the cityscapes including the Empire State Building, Statue of Liberty, Berlin TV Tower, St. Mark’s Basilica and much more. The Architecture Skyline Series explores the most famous architectural achievements of three cities: New York, Venice and Berlin. 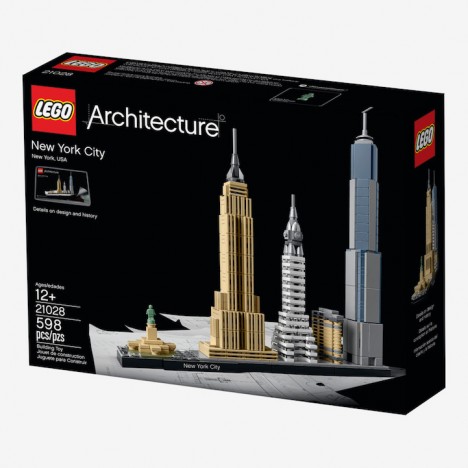 These aren’t your ordinary blank slate LEGO bricks, from which all manner of creations can spring, but rather very specific pieces for very specific structures. 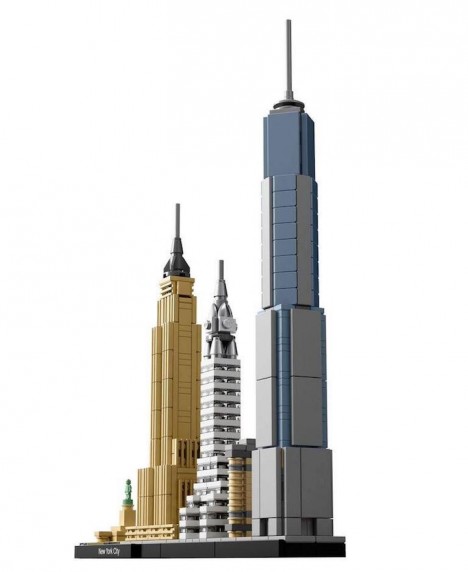 With the NYC package, you’ll get the Empire State Building, Chrysler Building, Statue of Liberty and Flatiron Building as well as the brand new One World Trade Center. Berlin includes the Reichstag, Victory Column, Deutsche Bahn Tower, Berlin TV Tower and Brandenburg Gate. The Venice model will give you St. Mark’s Basilica and Campanile, Rialto Bridge, St. Theodore and the Winged Lion of St. Mark, and the Bridge of Sighs. 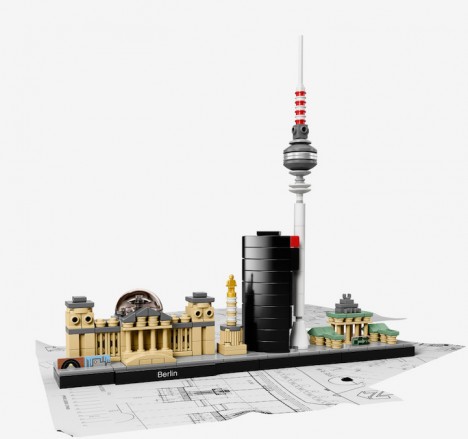 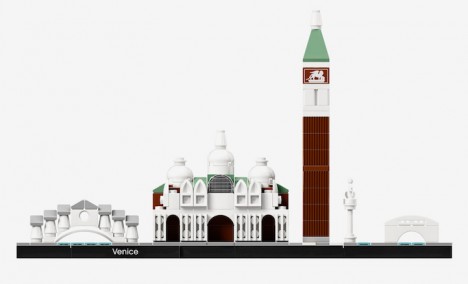 LEGO has been teasing the release of these sets on Facebook for weeks, and has now revealed that they’ll be available on an unnamed date in January 2016. Follow the company’s Facebook page if you want to be among the first to find out so you can snatch up your own box. 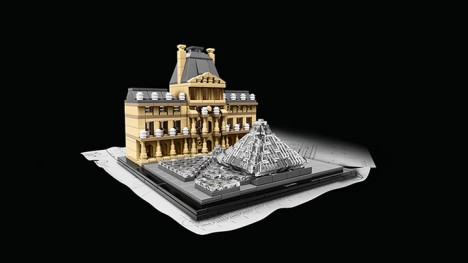 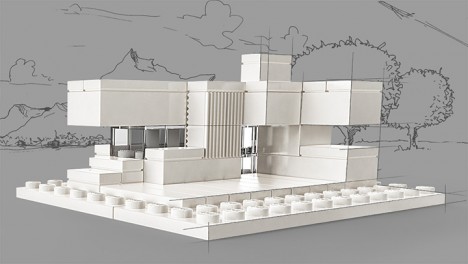 These upcoming sets arrive on the heels of a stunning model of the Louvre in Paris, as well as LEGO’s Architecture Studio, which offers 1210 white and transparent bricks to design and build the architecture of your imagination. Check out the LEGO Architecture series for other classic structures, like Rome’s Trevi Fountain and the Lincoln Memorial.