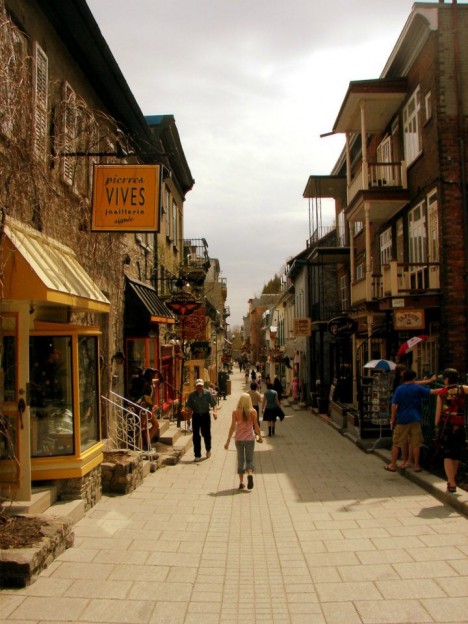 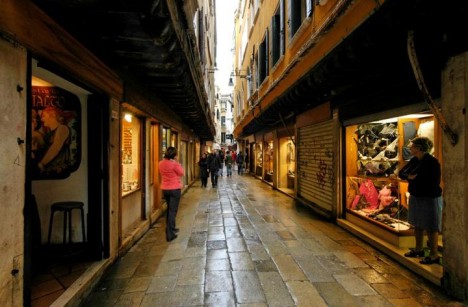 Providing dozens of images of cities like Venice, Italy and even Boston as reference points, the Piscataquis Village Project aims to go back to the days when people rambled down the narrow cobblestoned streets of compact settlements on foot. Envisioned for a rural area in Maine, the 125-acre car-free development will be built with a few crucial elements in mind: those narrow streets, small plazas, attached buildings in the row house style, interior courtyards, and arcaded sidewalks to protect pedestrians from the weather. The idea is that residents can walk across the entire village in just 10 minutes, but still have access to everything they need. 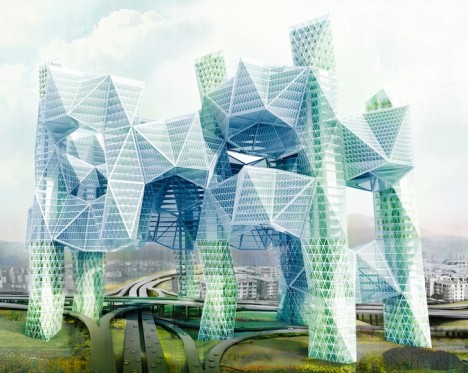 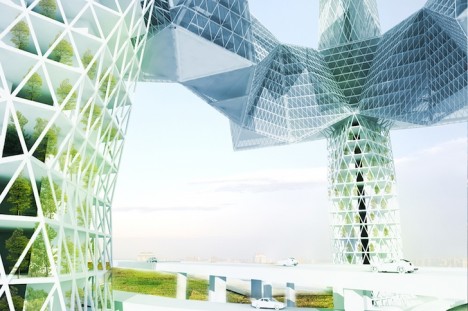 LA is notorious for its car culture, making it hard for residents to get around without a vehicle of their own. Elevated over the roads, the Skyvillage concept connects the four quadrants of the city that are currently separated by the intersection of the 101 and 110 freeways. The megastructure would almost be a city unto itself, incorporating mixed-use programming to encourage a self-contained community and more pedestrian activity. 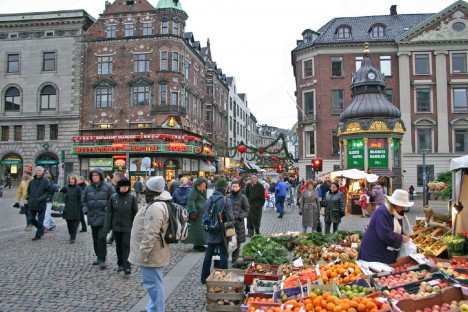 The city of Copenhagen turned its main street, Stroget, into a pedestrian-only thoroughfare in 1962 and continued adding car-free and pedestrian-priority streets around it over the ensuing decades. Over 6,800 residents currently live mostly car-free lifestyles in the city center and over half of Copenhagen’s overall population bikes to work every day. The city even planned a massive bike bridge between two skyscrapers before the idea was scrapped for being “too dangerous.” 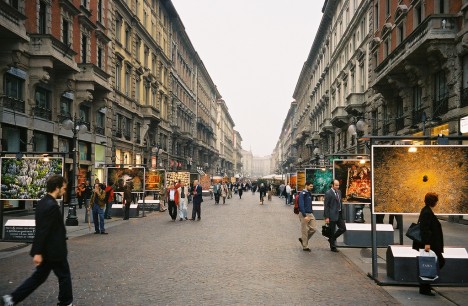 Elsewhere in Italy, city officials are literally paying residents not to drive. Milan has incorporated a system of car telematics, offering motorists a voucher for free public transport if they leave their car at home during certain weekday hours. GPS gadgets track the location of participating residents’ vehicles to ensure they’re staying outside the city center. Milan is plagued by crippling traffic and its popular pedestrian-only Via Dante could definitely use some expansion.