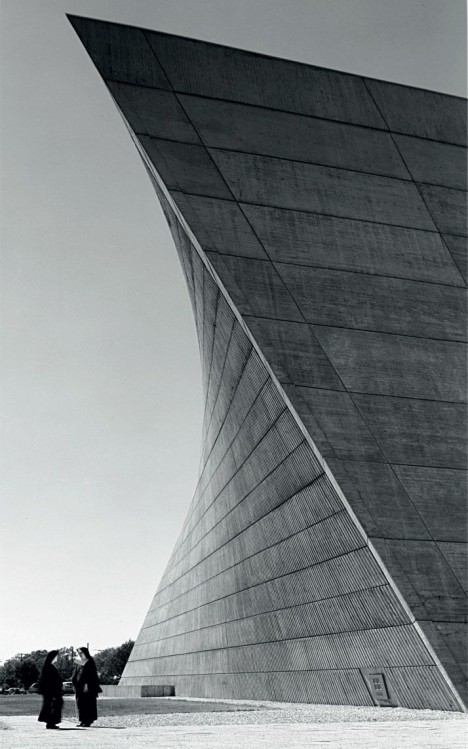 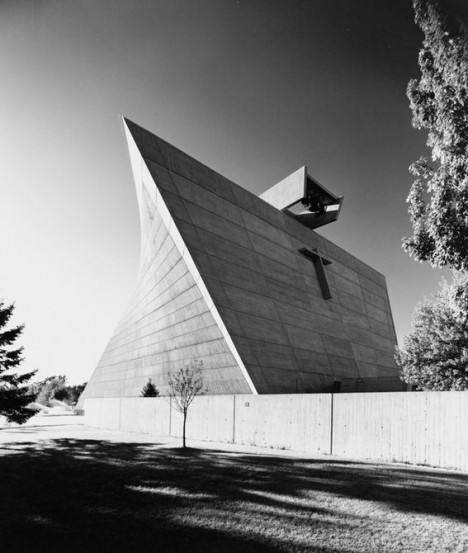 The 1967 St. Francis de Sales Church in central Muskegon, Michigan starts as a trapezoid from the ground, expanding and stretching as it rises to its full 75-foot height. The church bells ar suspended between two cantilevered concrete arms. 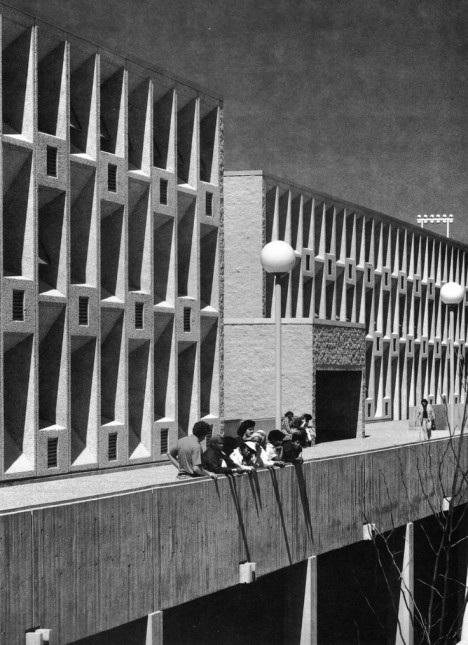 Now, here’s a high school befitting the education of the future generation of supervillains (but really it’s just for normal kids in Roxbury, Massachusetts.) Madison Park high school is one of a number of controversial Brutalist buildings in the Boston area. 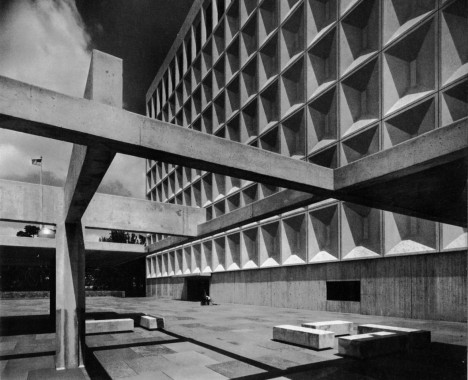 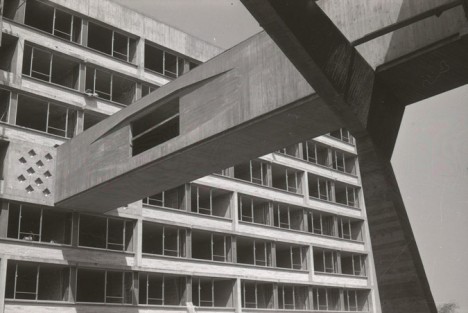 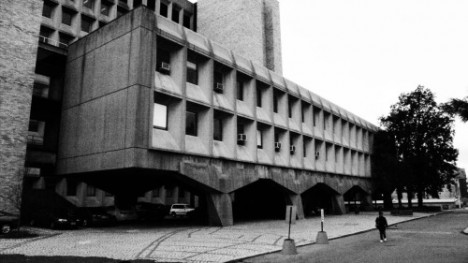 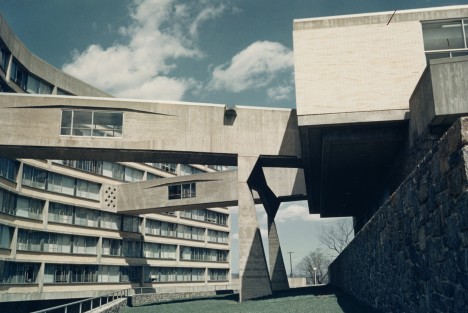 When it was built in 1961, this complex functioned as the Bronx campus of New York University. Today, the interconnected concrete buildings are part of Bronx Community College, with enclosed bridges linking the student center two the two wings of the V-shaped Colston Hall. 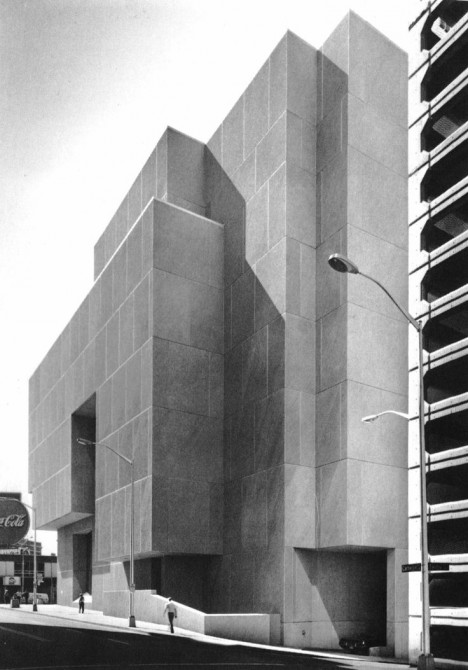 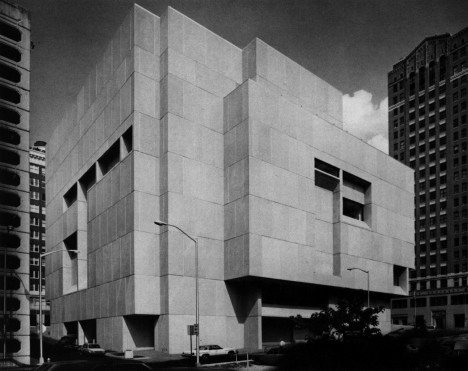 One of Marcel Breuer’s last buildings, Atlanta’s Central Library was completed in 1980, a year before his death at the age of 81. Built for a capacity of 1,000 visitors and one million books, the building consists of concrete slabs on a steel frame, covered in textured precast concrete panels. The aging building got a partial renovation in 2002, but Atlantans’ general disdain for Brutalism has prevented any more money from going into its preservation.