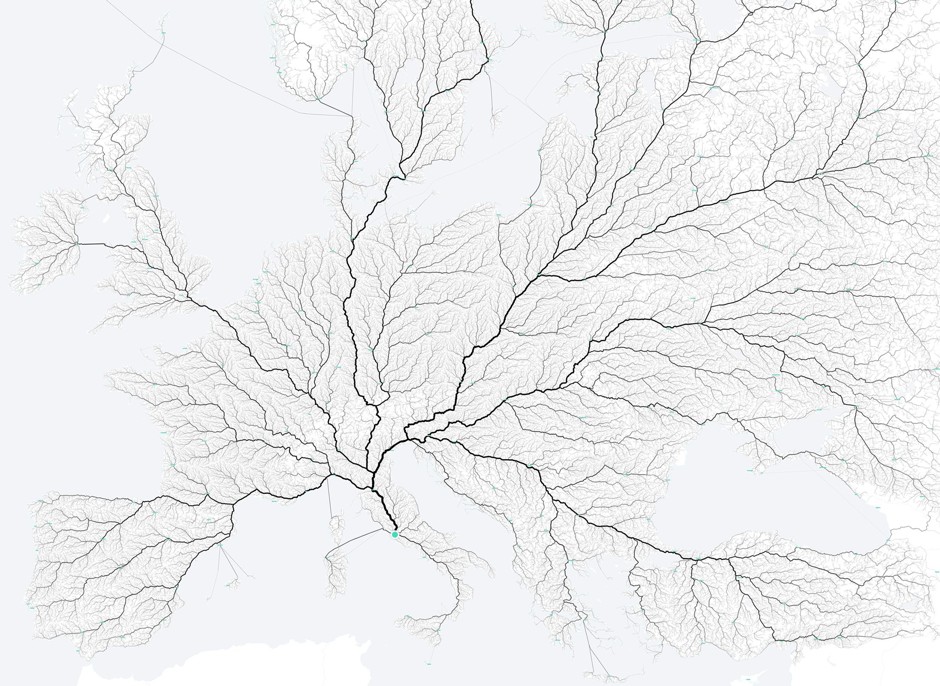 During the lead up to the invasion of Iraq, a German newspaper published step-by-step driving directions from Berlin to Baghdad, highlighting the interconnectivity of contiguous European and Middle Eastern land masses. 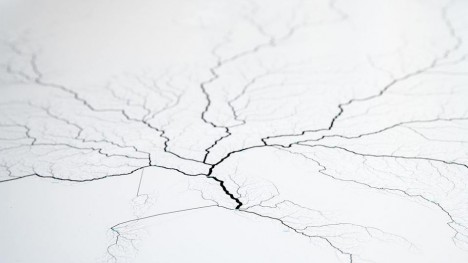 This series of maps from Moovel Lab highlights similar phenomena, starting with a map that shows the truth of an old aphorism about all roads leading to Rome. Ancient Romans created an estimated 50,000 miles of road across Europe, Asia and Africa, with their coastal Italian capital as the origin point. 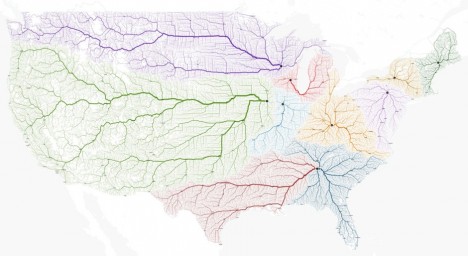 Next, they moved on to 10 major cities in the United States, analyzing how regional traffic flowed into each, before going through a full analysis of fastest routes to state capitals. The results were surprisingly varied: “Remarkable are the different road networks throughout the States. While the east coast seems to rely on roads parallel to the coast. The rockies and appalachian mountains reveal their topography with their curvy roads containing some blank spots not reached by any road. While the mid west of the USA show long straight road networks in rectangular alignment.” 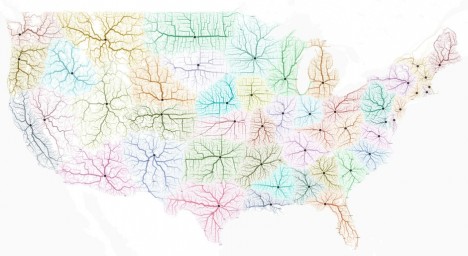 Their process is relatively intuitive. The mapmakers overlaid a grid on existing open-source maps, then added a query: how would one get from here to Rome (or other cities)? The results have been turned into maps that look almost like a study of the human vascular system, with small veins feeding larger arteries along the path to the hub point. “The outcome of this project is somewhere between information visualisation and data art, unveiling mobility and a very large scale. View and interactively explore all roads to rome and other cities.”