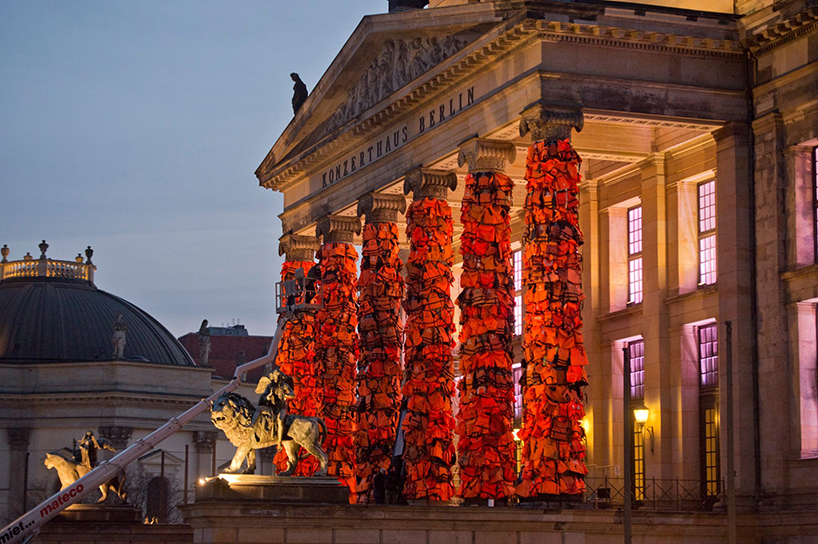 In an effort to raise awareness about the growing refugee crisis, Chinese artist and activist Ai Weiwei has wrapped six giant entry columns to a landmark concert hall in central Berlin with life jackets collected in Greece. 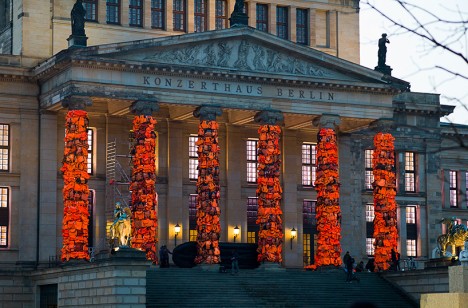 Weiwei has been living on and working from the Greek Island of Lesvos, a destination currently swamped with income refugees, many coming across Mediterranean Sea from Turkey. 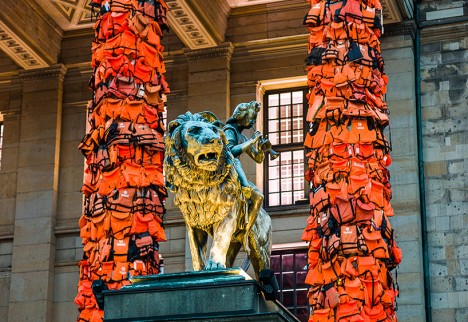 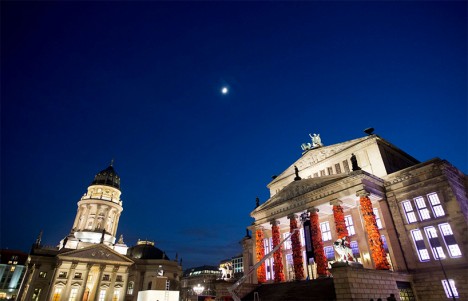 He regularly shares images and videos of asylum-seekers from his stay on the island via social media accounts, but the installation takes things a step further, bringing the point home to those living inland on mainland Europe. 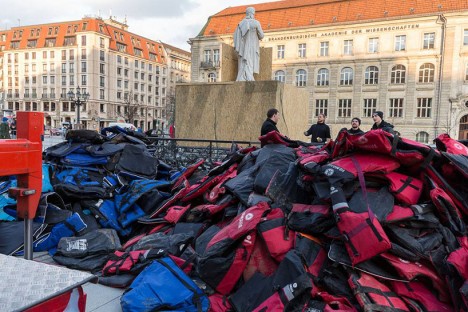 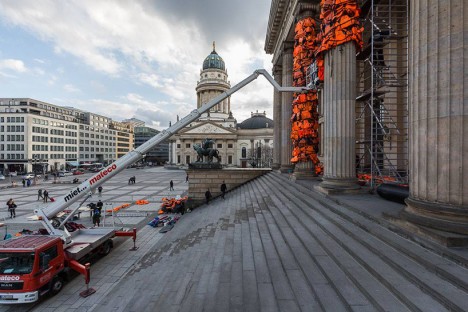 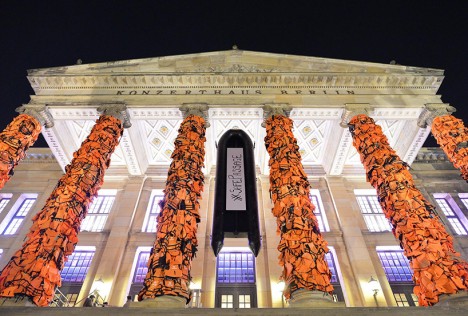 These 14,000 jackets are by no means a complete collection, and that is also part of the point: they are just the tip of the proverbial iceberg, a sampling of the suffering and strife. Hundreds of refugees have also died trying to reach safety away from conflict (images via mompl and Frank Löschner / Konzerthaus Berlin).