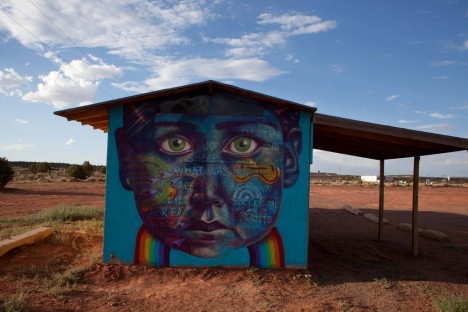 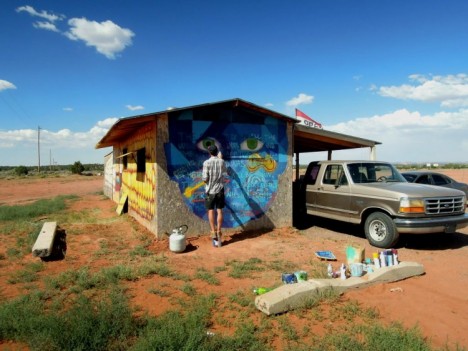 Although photographs of the artworks which comprise The Painted Desert Project appear to reflect a landscape of extreme isolation and deprivation, such appearances can be deceptive. According to Thomas, “The Western Agency of the Navajo Nation is strategically located between the north and south rims of the Grand Canyon to the west, Lake Powell and Zion to the north, Monument Valley and Navajo National Monument to the east and Canyon de Chelley to the south.  The area receives a tremendous volume of traffic.” 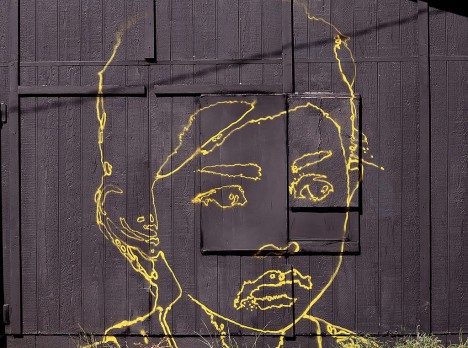 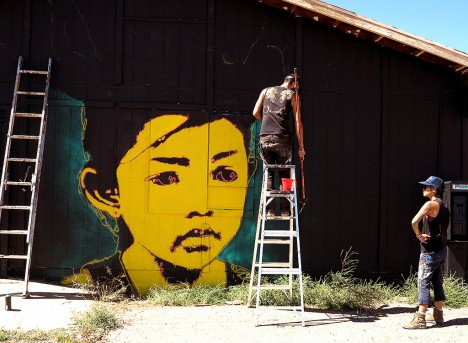 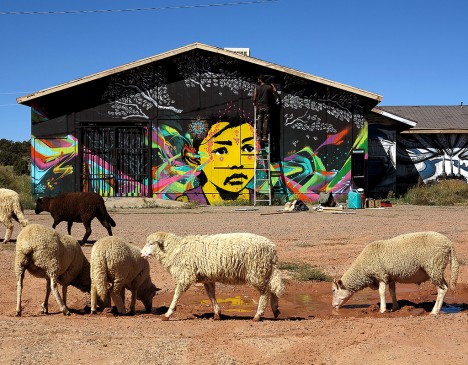 Traffic there may be but the native Navajo of the region derive limited benefits from it. “Many families supplement their income by selling handmade jewelry along the road in homemade stalls,” states Thomas. “These stalls were some of the first places I installed my art and over the years I’ve developed friendships with the families.” 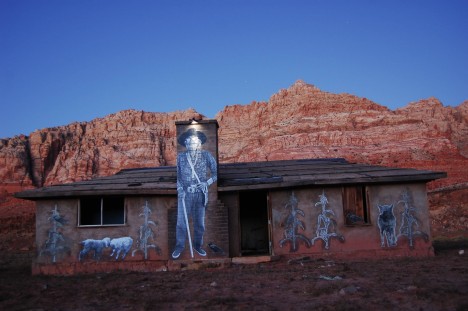 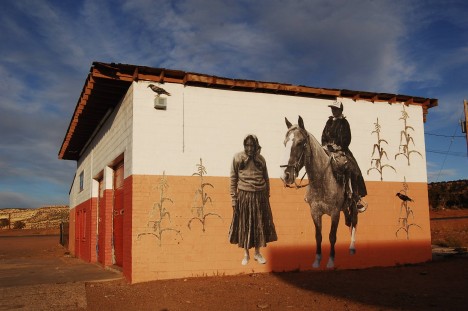 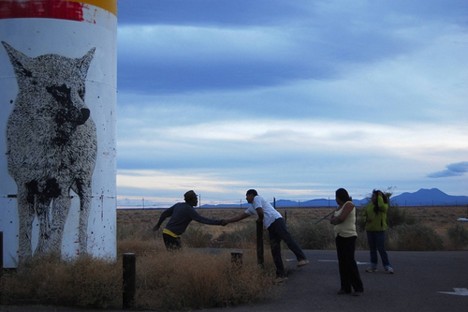 From 2009 through 2011 and often in collaboration with fellow artists including Prescott, AZ-based Yote, Thomas composed several murals on structures in Bitter Springs, Black Mesa Mountain, and Gray Mountain (above). The effect of these artworks on area residents was palpable – and overwhelmingly positive. Thomas knew he could do more but realized he couldn’t do it alone. 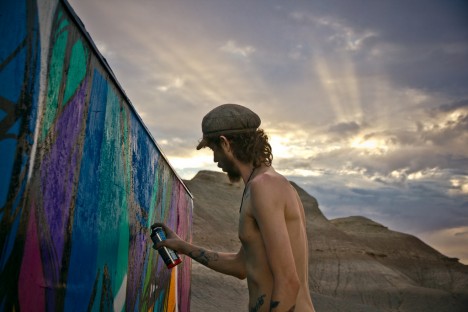 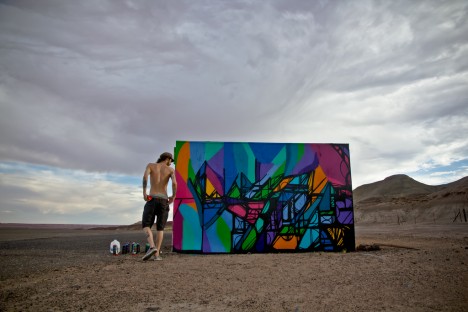 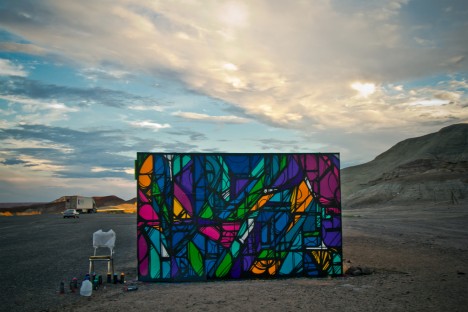 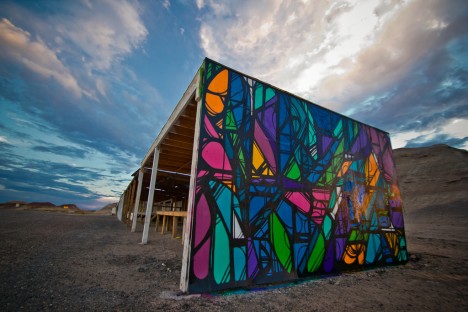 “In an effort to boost tourism on the reservation,” relates Thomas, “to supplement the incomes of families with roadside stands, and to nurture the creative talent of local youth, I invited a few world-renowned street artists to come to the Navajo Nation to paint murals in 2012 and have continued doing so as funding allows. This is The Painted Desert Project.” And that’s artist JB Snyder, above, creating a particularly colorful component in November of 2012.