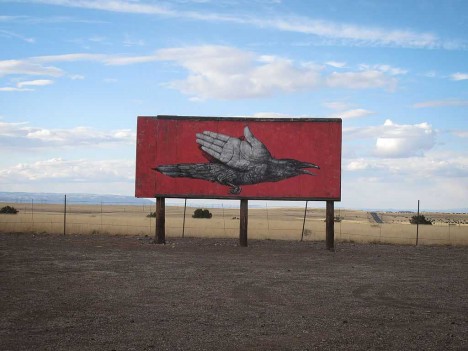 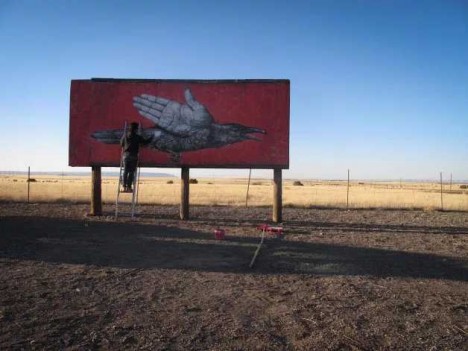 Far from feeling like fish out of water, a global gaggle of street artists have answered Thomas’ call to action by traveling to Navajo Nation and participating in the Project. Some even brought their friends – Argentinian artist Ever invited Alexis Diaz, also a street artist, to Arizona in 2013 where he created “Raven” on an abandoned billboard just north of Flagstaff. 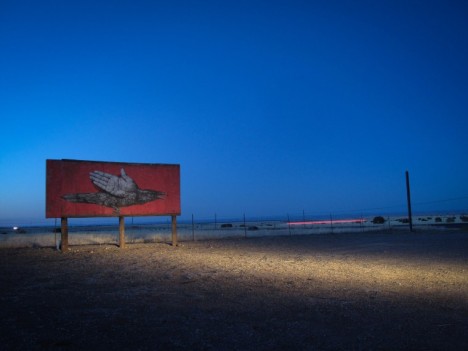 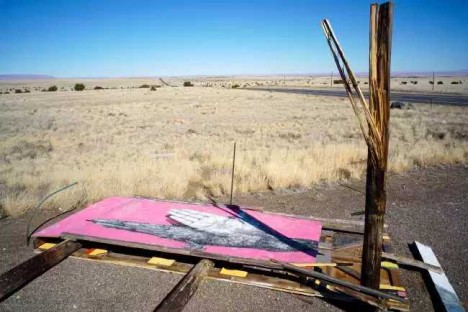 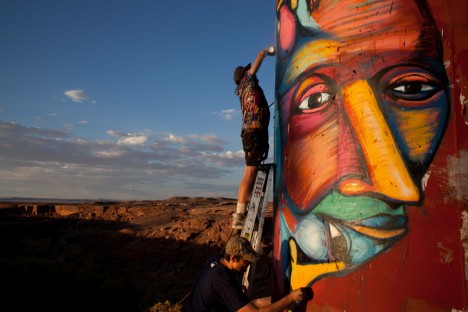 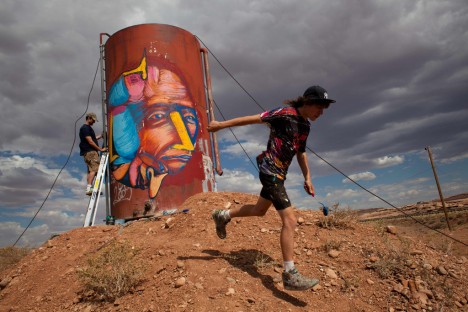 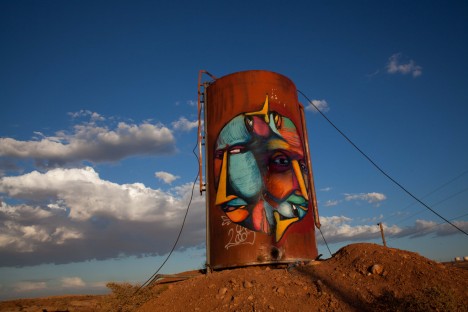 While roadside stands were the original canvases for The Painted Desert Project, the enthusiasm and number of participating artists soon outstripped the supply of backdrops. No matter – Navajo Nation boasts a plethora of fuel & water storage tanks, corrugated trailers and other man-made structures whose sun-blistered surfaces equally lend themselves to an artistic makeover. 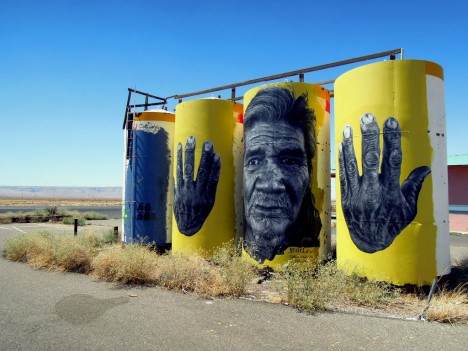 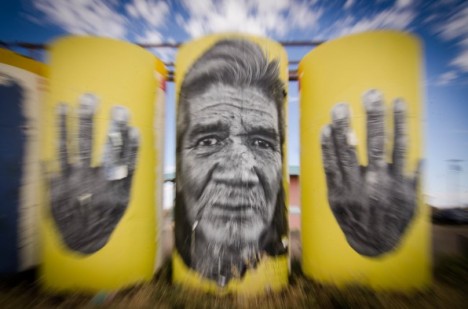 “I’ve heard people say… that seeing my pictures just made the reservation seem like a more approachable, more personable place,” states Thomas. “That’s a cool thing that the art can be used to foster communication and get people exchanging in a way that stereotypes are challenged and broken down.” 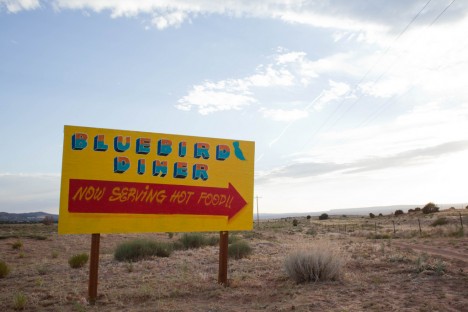 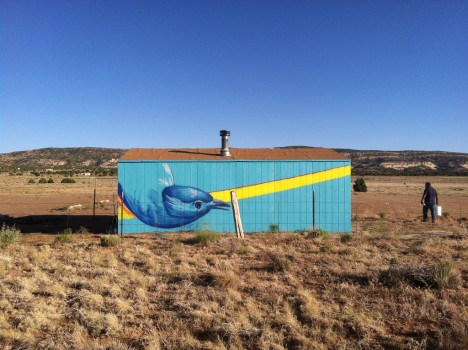 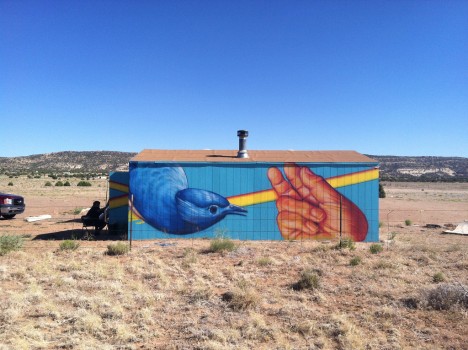 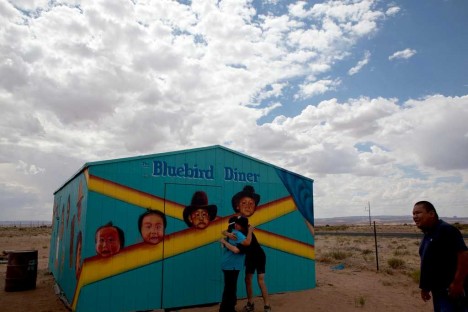 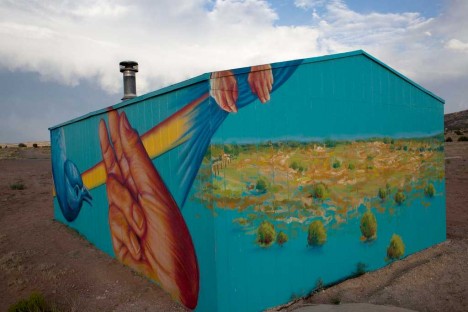 As The Painted Desert Project is an ongoing, evolving phenomenon, we encourage readers to challenge their own stereotypes by venturing off the tourist-beaten path next time they visit America’s great southwest.