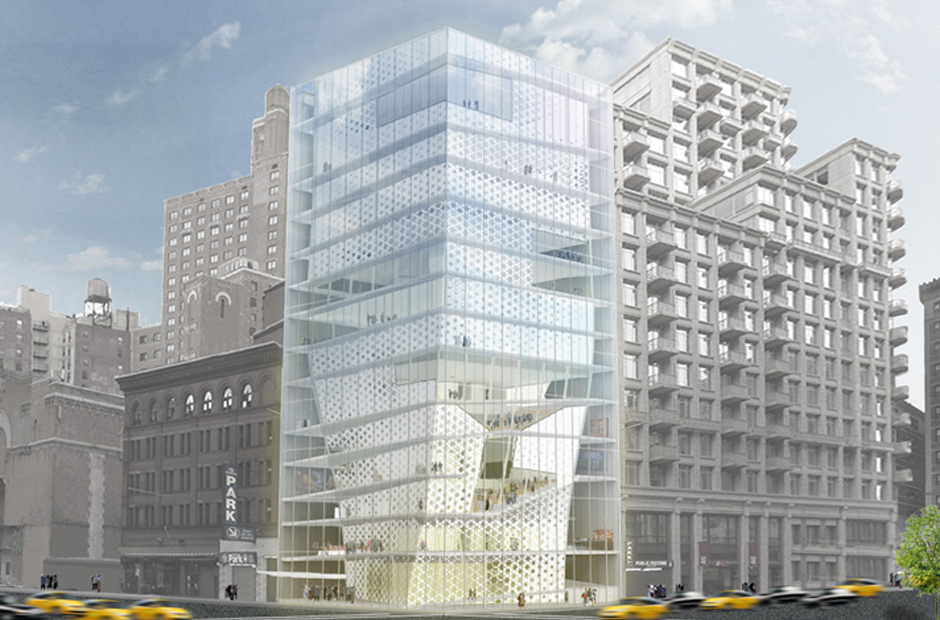 Designed to dispel fears surrounding Muslim culture, practices and traditions, a new wide-open skyscraper design for New York City invites people of all faiths to enter, through both programmatic functions and a clear facade.

The schematic proposal by local firm Buro Koray Duman was commissioned by the American Society for Muslim Advancement (ASMA), aiming to promote progressive change and social justice. The Society hopes to show another side of Islam to the city and the world. 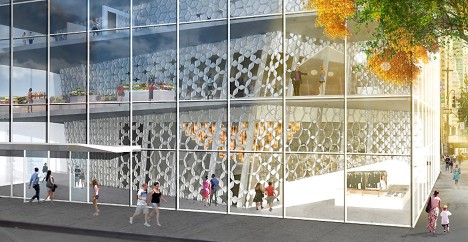 The idea is, in part, to highlight cultural aspects of Islam as apart from the strictly religious (and particularly: radicalized) associations, distinguishing between peoples and religions.

The building is structured to be as welcoming and open as possible, consisting of horizontal floors stacked to fit a vertical urban landscape.

From Dezeen: “His studio’s schematic design for the centre features a 100,000-square-foot (9,290 square metres) building that takes its cue from historic Islamic cultural complexes, called kulliyes.”

“In these complexes, which are laid out horizontally, low-slung buildings with varying functions are organised around a centrally placed mosque.”

A central volume contains an auditorium, library, prayer room, restaurant and offices, connected by walkways that span public and private spaces around the perimeter.

This design may or may not be realized; the idea of building Islam-centered architecture near the site of the 9/11 attacks has been contentious for well over a decade. 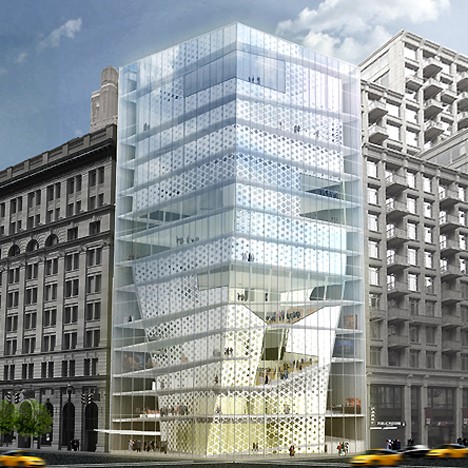 Supporters hope, however, that structure (conceptual or actual) can show another dimension to even the wariest members of the public, at least opening the door to interfaith and intercultural dialogue.