A floor is a ceiling, a lake is made of shattered glass, carpets of grass cascade over the edge of the world and buildings sprout wheels and wander away in the fantastically surreal world of Erik Johansson. The photographer has spent much of the last decade refining his reality-bending image manipulation techniques, combining dozens of real photos to create effects that are often hyperrealistic yet physically impossible. As unlikely as it may seem, Johansson uses no CGI, stock photos or digital illustrations in his work – each image is a complex collage of his own photographs, captured on his Hasselblad HD5-40 camera. 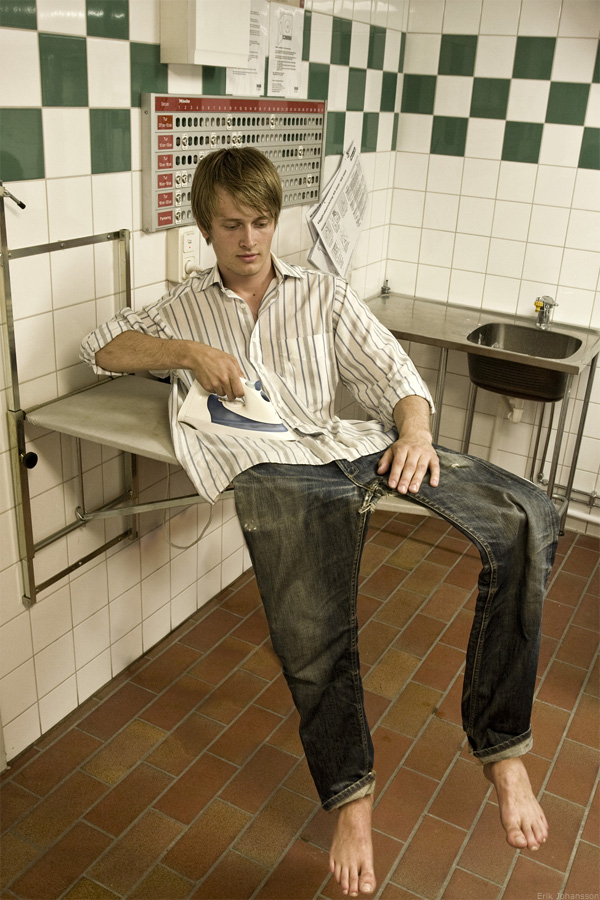 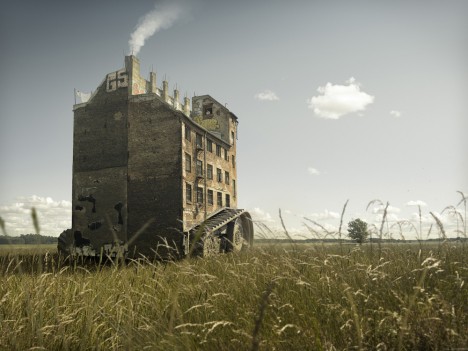 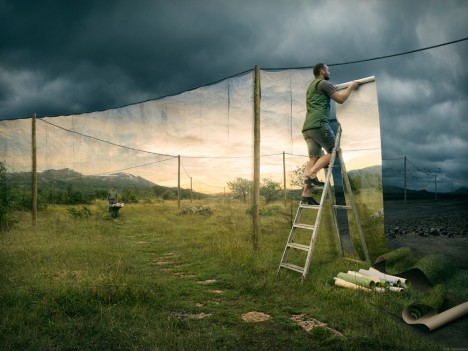 On his YouTube channel, the artist offers behind-the-scenes videos for many of his works so we can see just how each one is assembled. For his newest piece, ‘Impact,’ Johansson carefully cut four massive mirrors into fragments, arranged them in a field and photographed his model standing among them in a kayak. Photos from this shoot are ultimately blended with images of a lake and additional studio photos of cracked mirror shards. 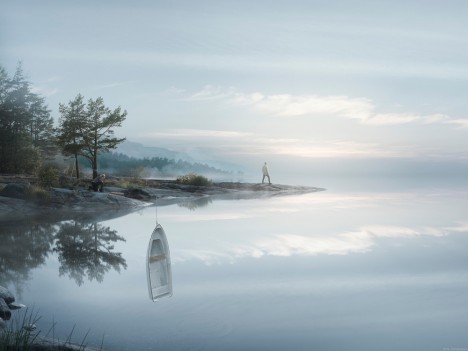 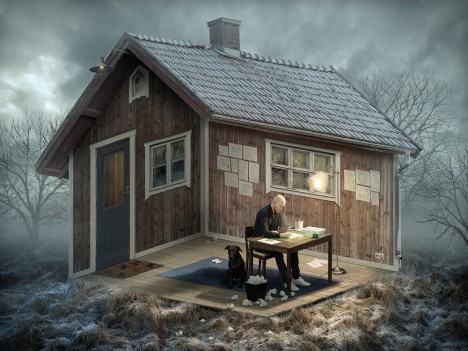 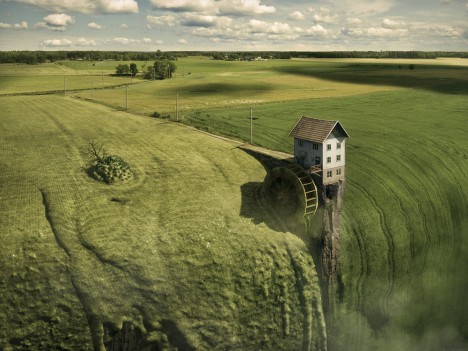 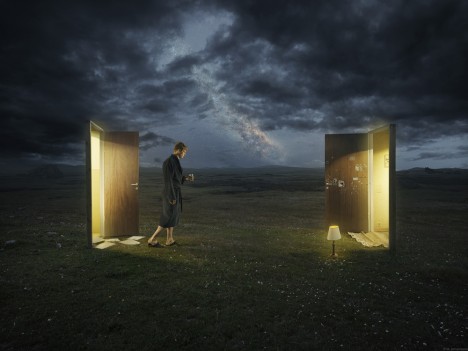 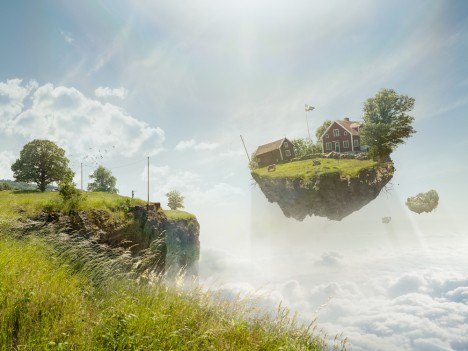 Depicting just about every step the artist takes during the process, the videos are just as impressive as the final images and make it clear that the arduous process requires many hours of retouching. Johansson even leaves in the parts where he experiments with various effects and ideas that don’t make it to the final version. 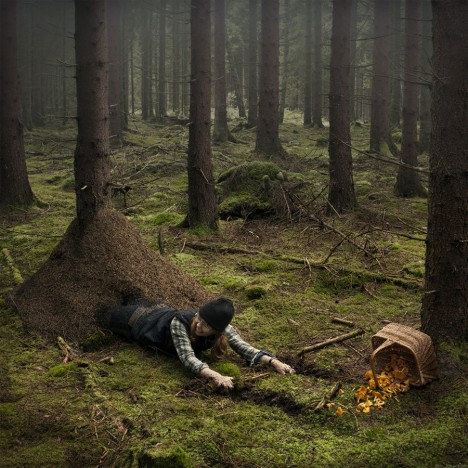 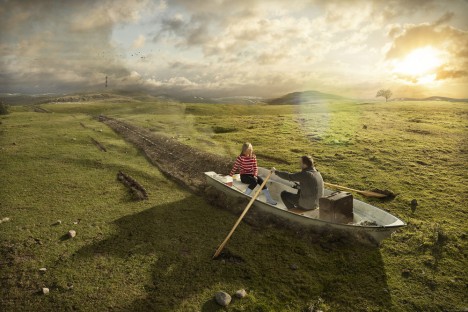 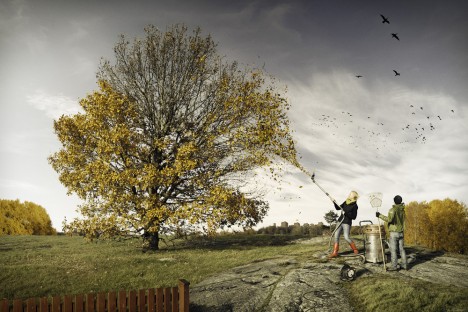 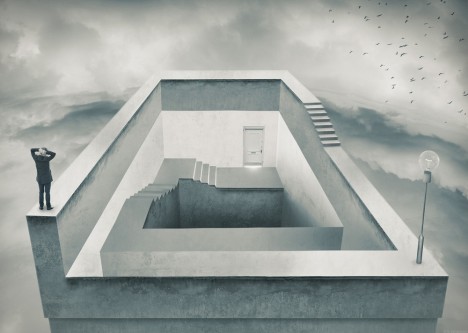 As he explains on his website, Johansson is interested in capturing ideas rather than moments, but with the goal of making each one look as realistic as possible, saying “The only thing that limits us is our imagination.”