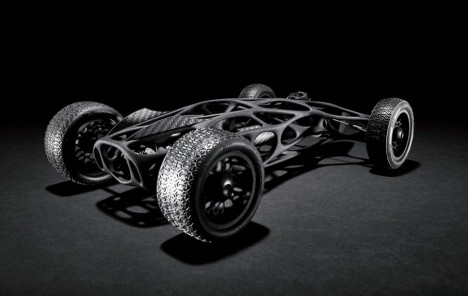 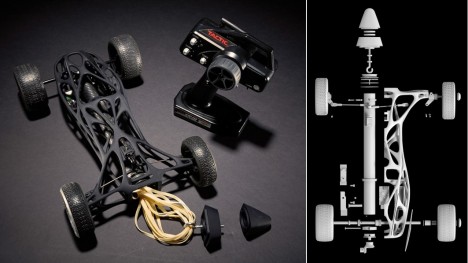 Bird bones are among the most unique in the animal kingdom, with an incredibly aerodynamic hollow form that keep them simultaneously lightweight and strong. This next-gen toy-sized race car is powered by a single 16-foot rubber band and can propel a distance of 500 feet at up to 30 miles per hour. The final design is 3D-printed in nylon and set to retail for around $500. Says the design team, “We drew inspiration from mid 1950s Formula 1 cars as well as the truss structures found inside the bones of a bird’s wing. These structures are both light and rigid, ideal properties for the car we wanted to design.” 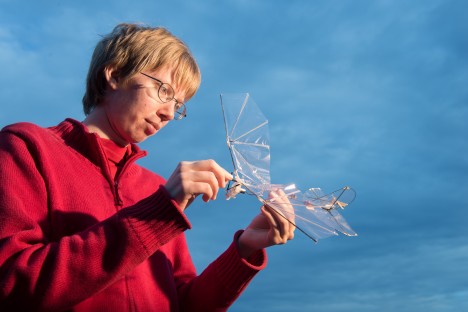 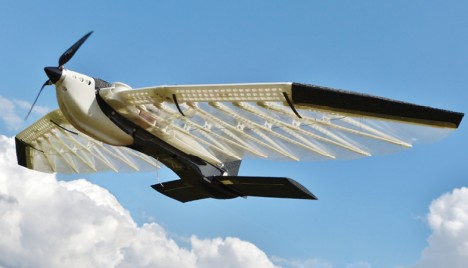 With a 3D-printed hinge inspired by the wrist joint on the wings of birds, a drone by researchers at Stanford University can flap its way through the sky. While they originally planned to use a motor to mimic the way birds tuck their wings in when navigating between obstacles, a student familiar with origami realized the forces generated by the flapping motion are enough to unfold the wings automatically.

Another bird-inspired drone design, the iMorph, takes a more complicated approach at recreating the 44 coupled muscles in a typical bird’s wing. It doesn’t need as much power to fly as a typical drone, and has more endurance. Says researcher Soon-Jo Chung, who was the first to develop a bird-like drone with the ability to perch on a human hand, “If a drone is bird- or bat-like it’s much lighter and more energy efficient because it can glide without moving its wing at all. They can fly much longer distances, which is a big benefit. They can stoop and perch on a wire and maybe even recharge before they move on. These drones can be viewed as intelligent sensing vehicles for a variety of applications.” 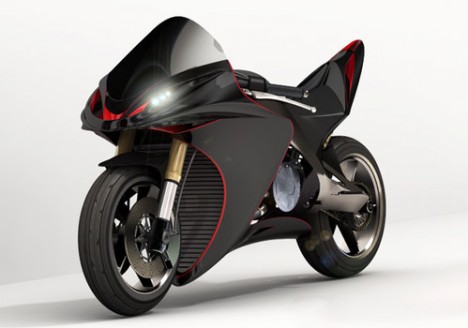 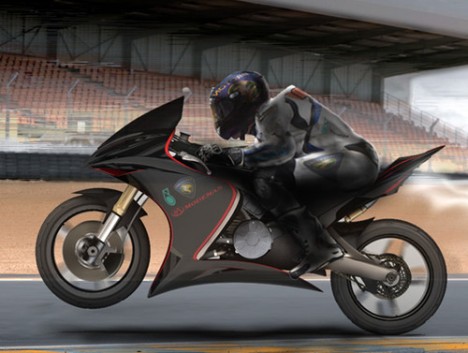 The cenderawasih is a strikingly beautiful and flashy Indonesian bird of paradise with a trailing tail of wispy, extra-long white feathers, its form graceful and fierce. From this unusual source comes a concept sport bike designed by Imran Othman for MODENAS run on biofuel, with a shape that’s “aggressive yet fluid.”