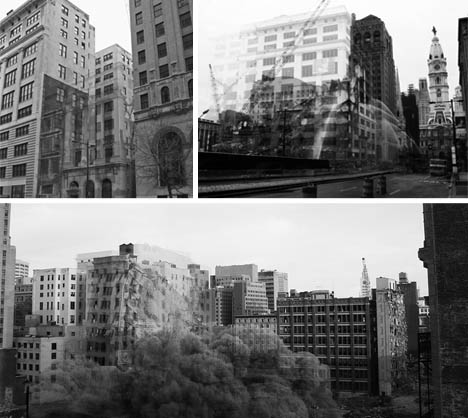 Philadelphia native Andrew Evans takes pictures that give a new perspective on the processes of urban deconstruction, showing before, during and after images of once-proud civic structures. 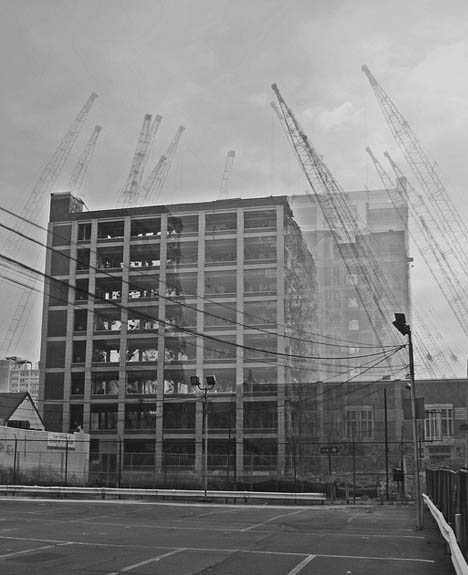 What really brings this haunting black-and-whites to life is that three-step aspect – not just the building being there and gone, with its surrounding context standing watch, but the short interstitial stays of demolition equipment, semi-demolished rooms and falling rubble along the way. 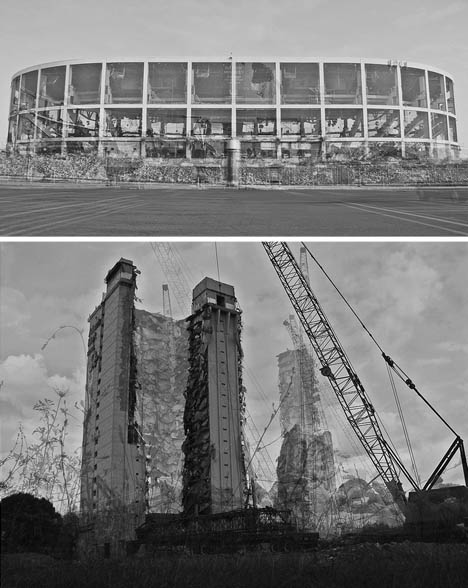 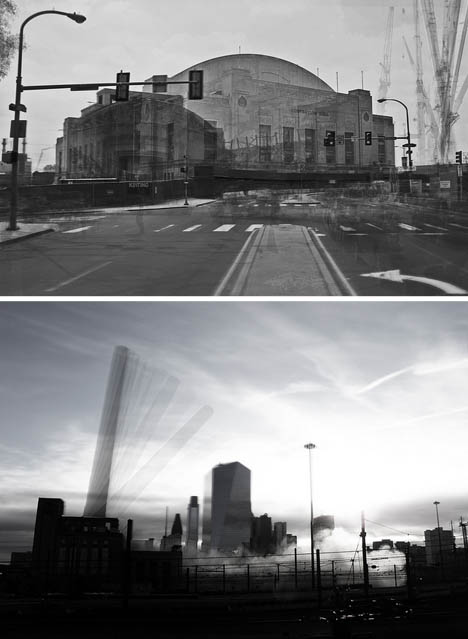 “Andrew Evans is an architect by training who is fascinated by construction and destruction alike. He is a lifelong Philadelphian and resides in southwest center city.” You can see more of his photos on Flickr. Side-note trivia: the destruction of Penn Station in New York City is part of what sparked the historic preservation movement in the United States – still, for better or for worse, many unique structures are still regularly demolished to this day.