The Guardian has launched a virtual reality app for Android users, compatible with low-tech VR devices like Cardboard (which uses your mobile phone); its first story is about solitary confinement, which you can dive into virtually. The preview makes it sound like a horror film, but for prisoners life in solitary can really be a living nightmare. As The Guardian explains, “6×9 takes you to a virtual cell, telling a story of the psychological damage of extreme isolation. Right now, more than 80,000 people are in solitary confinement in the US. They spend 22-­24 hours a day in their cells, with little to no human contact for days or even decades. We invite you into this world.” 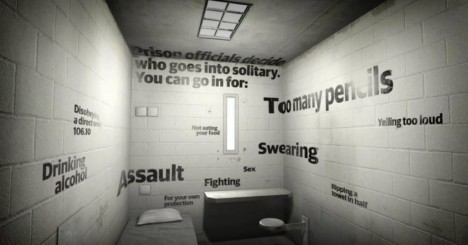 Throughout the enhanced story, six prisoners share personal experiences of life in solitary. This is to be the first of many new ‘virtual journalism’ efforts undertaken by the Guardian, and makes for a good prototype: the piece is impactful, relatively easy to simulate in VR (a single room) and highly relevant given growing concerns about prisoner isolation, especially in America. 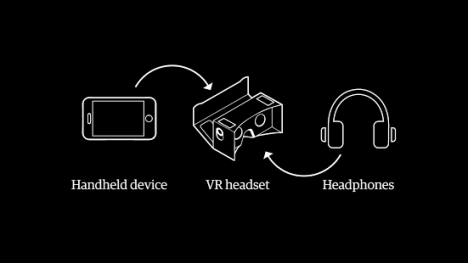 Users without Cardboard or other virtual reality equipment can alternatively experience the story through 360-degree videos on personal computers or mobile devices. Whether this is a one-off experiment or the beginning of a new kind of audience integration remains to be seen, but so far the reviews of the app are overwhelmingly positive.