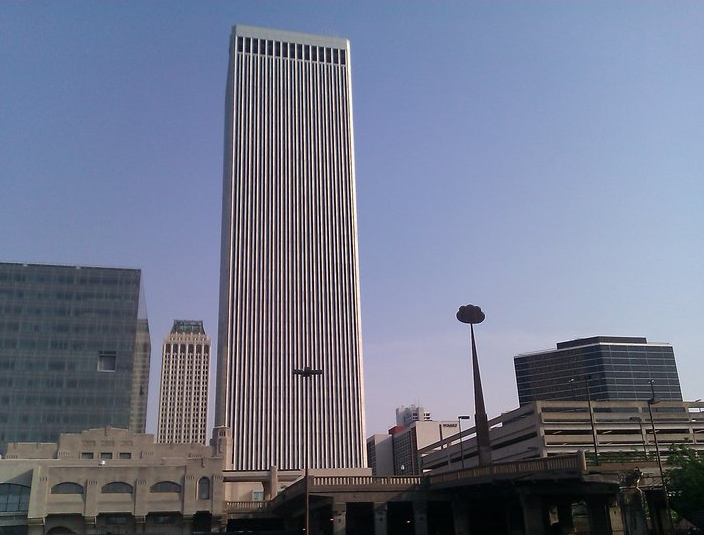 The BOK Tower in Tulsa, Oklahoma, looks uncannily like the vanished Twin Towers of the New York City skyline and this is neither accidental nor coincidental. This skyscraper was constructed just a few years after its distant cousins in NYC, was designed by the same architect as the World Trade Center buildings, and explicitly intended to be a replica.

Indeed, it looks nearly identical, from its sleek vertical facade slits right down to its bi-level lobby, marble walls, hanging textiles and other interior design elements. It is a close copy in nearly every significant way, except … it is just half the size. 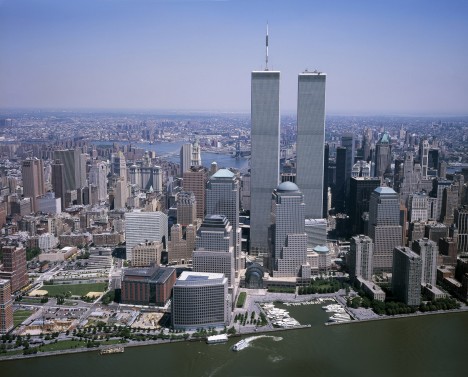 It all started with CEO John Williams, who was so impressed by the Twin Towers in New York that he hired the same architect, Minoru Yamasaki, to build four quarter-scale replicas of the towers in Tulsa. This quatruple-tower schemed faced a cost issue: four sets of elevators for four quarter-sized structures.

As the story goes, Williams then took the architectural model, grabbed one of the towers, put it on top of another, and decided to go with one half-height copy instead. The result is in essence a one-quarter copy: the building is half the height of one twinned tower, or a fourth of the combined height (image below by Caleb Long). 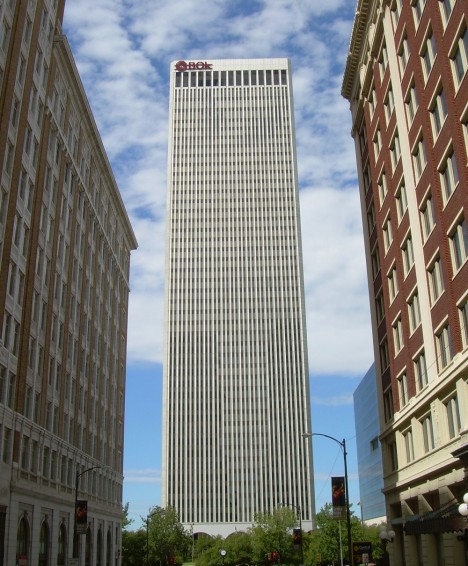 Initially called One Williams Center, the single quarter-footprint, half-as-high replica stands 667 feet tall and was the tallest building not just in Tulsa but in all of the Plains States when it was built. It was completed in 1976, just three years after the World Trade Center towers in New York. 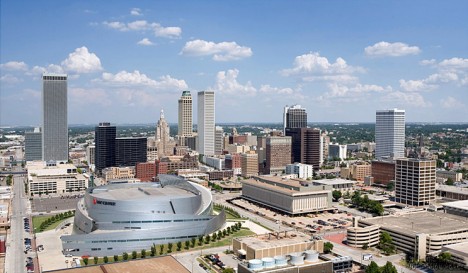 One might be left wondering, however: why does the tower not get more recognition as a close relation of two iconic, beloved and now-fallen buildings in the Big Apple? For one thing, it is a rather minimalist Modernist skyscraper, much like many others found in cities around the United States (and the world) from the mid-Century period.

Perhaps most importantly, though, it lacks the most defining characteristic of its cousins, an essential quality, as noted by French philosopher Baudrillard, of ‘double-ness’ that truly defined the Twin Towers. In many ways, that characteristic of ‘being twinned’ is what made them internationally iconic, standing out against more decorative (but singular) structures in the skyline. 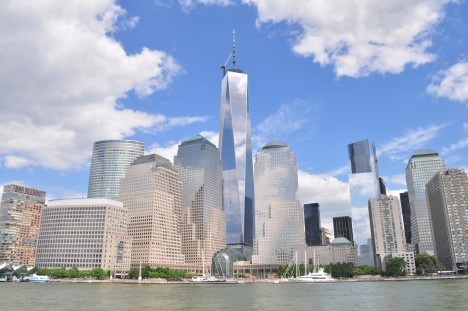 Today, One World Trade Center stands as a symbol of unity, looking almost like two intersected towers rotated around a central axis then fused. This single structure manages, in a way, to capture the twinned aspect of the former towers, now memorialized on the pavement below.