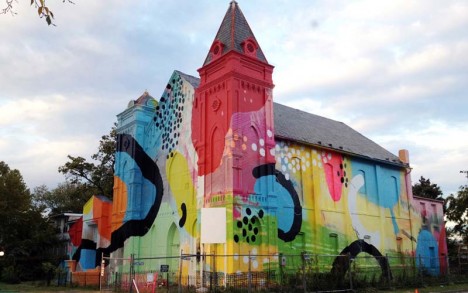 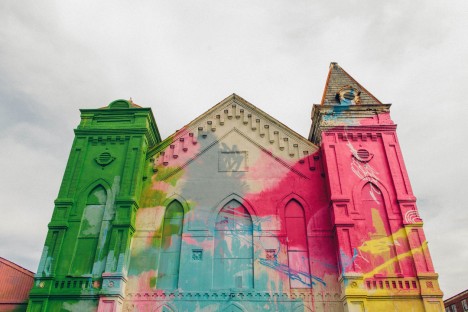 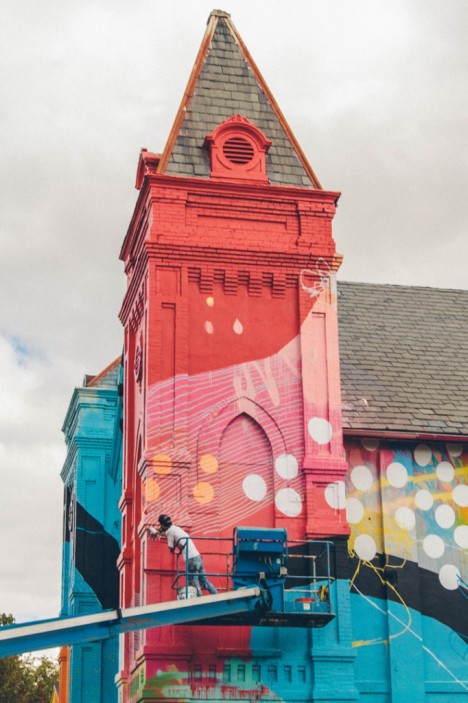 Another abandoned church, this one located in a downtrodden neighborhood in Washington DC, got a more abstract but no less striking transformation at the hands of Atlanta-based artist Alex ‘HENSE’ Brewer. 700 Delaware Ave aims to call attention to the area’s potential as the city’s next bustling arts district. 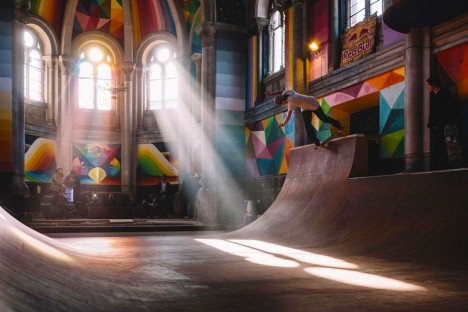 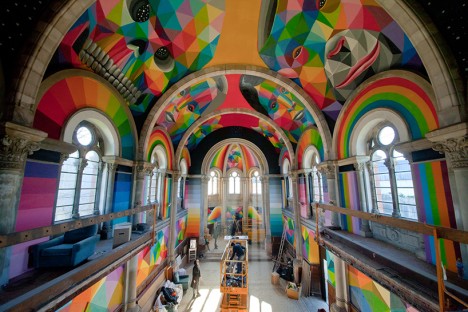 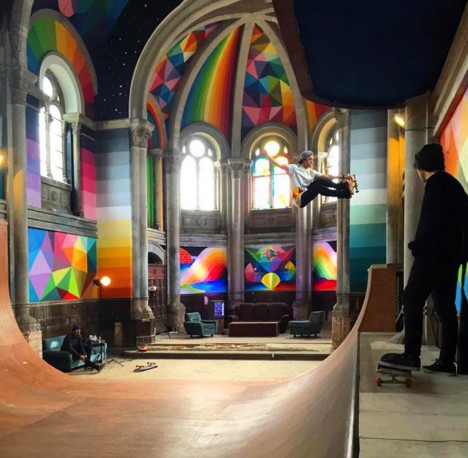 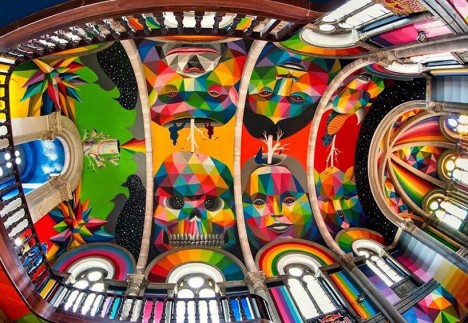 Now lined with skate ramps in place of pews, this century-old church in Spain has been rechristened the ‘Kaos Temple’ in an artistic collaboration between Okuda San Miguel, Red Bull and La Iglesia Skate. The skate collective built the custom ramps, like Okuda covered the walls and vaulted ceilings with his signature vivid geometric visuals. 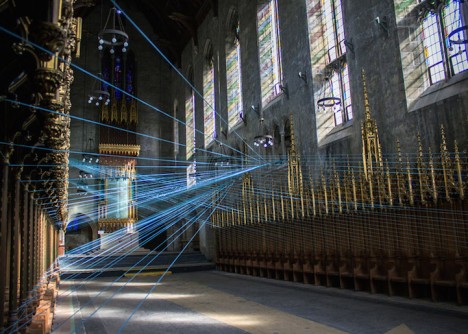 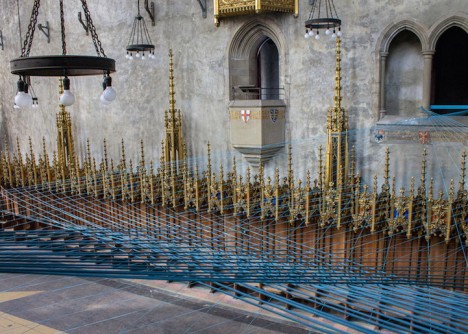 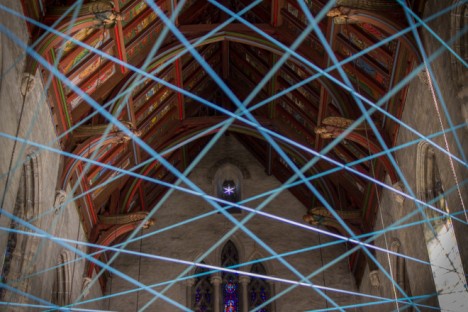 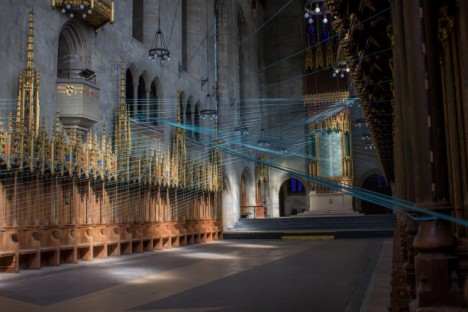 Laser-like beams of light pierce through the stained glass windows of this vacant Gothic Revival church in West Philadelphia – or at least, that’s what they look like until you get close enough to touch them. Artist Aaron Asis transformed the city’s St. Andrew’s Collegiate Chapel with over 6,500 feet of turquoise paracord, re-opening the disused space to the public for the duration of the exhibit.

Together by Jaume Plensa, Italy 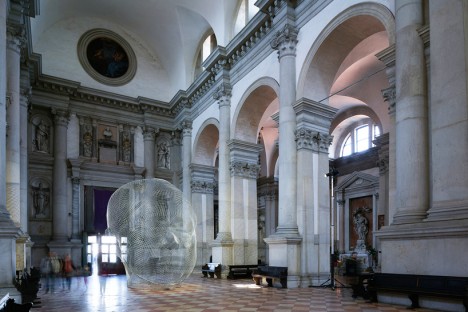 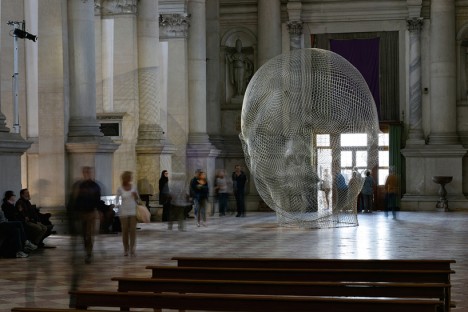 Two massive sculptural installations hang within the cavernous cathedral of Venice’s four-hundred-year old basilica, the San Giorgio Maggiore, for the ‘Together’ installation by Jaume Plensa. One is a colossal head made of mesh, while the other is a hand formed from characters in eight different languages. Curator Clare Lilley says the sculptures “do not impose themselves on these historic spaces; rather they capture and reflect the actual light and shadows within to communicate a metaphorical language. Both visually stunning and intimate, they draw our attention to a world where migration and difference challenge civilized behavior.” 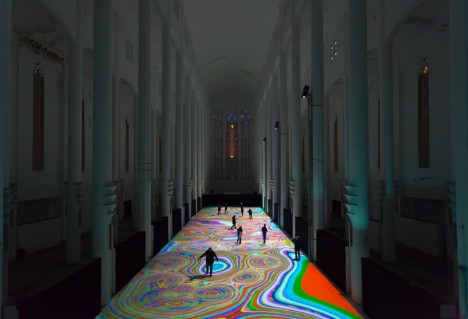 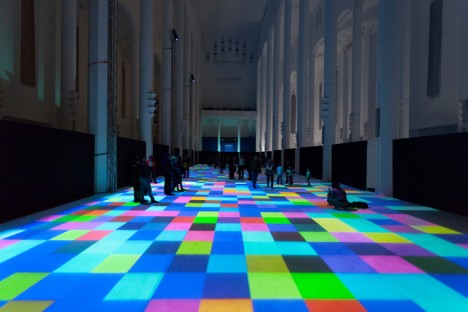 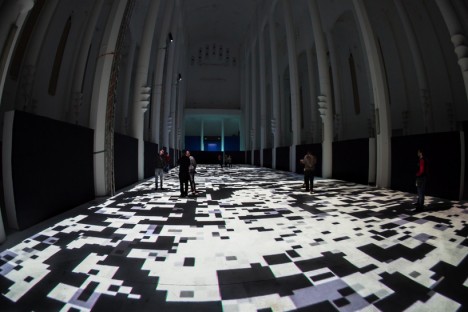 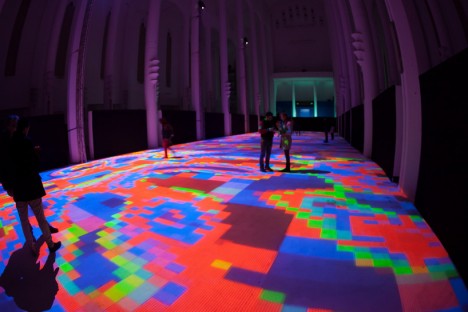 Magical carpets undulate, stretch out, ripple and transform beneath visitors’ feet on the floor of the former Sacre Coeur church in Casablanca, Morocco. French artist Miguel Chevalier created the interactive display referencing biology, microorganisms and cellular automata in a variety of color palettes, combining the organic world with the digital.