In a work of large-scale urban camouflage, French street artist JR has made the iconic glass pyramid standing outside the Musée du Louvre disappear. At least, it seems to disappear, when viewed from one very particular angle, thanks to a massive wrapping printed with a photograph of the museum’s facade. Known for paste-ups on a monumental scale as well as digital projections on architecture, JR transforms the 11,000-square-foot pyramid by I.M. Pei, which became a Paris landmark after its installation in 1989. 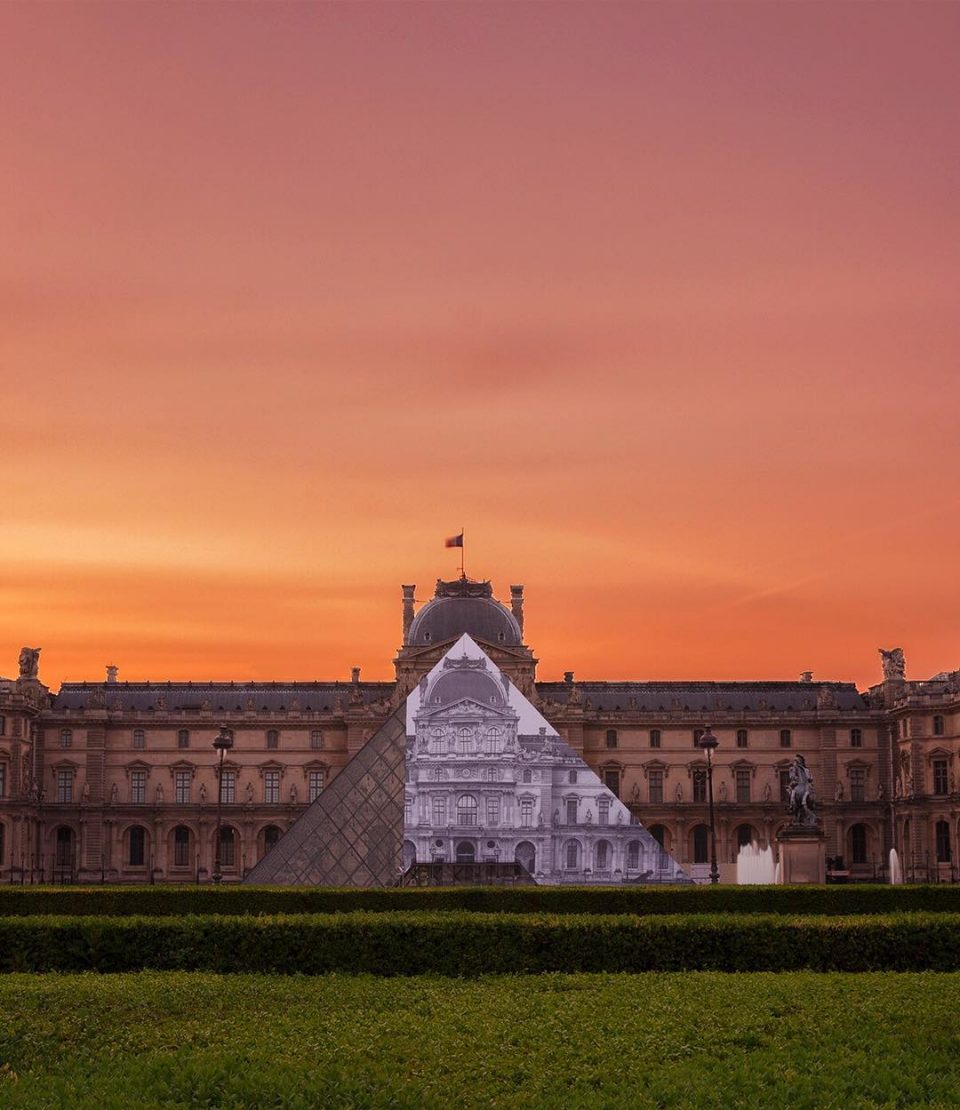 The illusion convincingly stands in for the entrance to the Louvre palace, despite being rendered in black and white, and matches up perfectly with the facade. Before the Pyramid became publicly accepted as an integral part of the Louvre, it was controversial, with some critics arguing that the clash of architectural styles was an affront to what the museum itself represents. In camouflaging it, JR takes us back to the days before it was built, leaving us with the distinct feeling that something is missing. The display will be in place through June 27th, 2016. 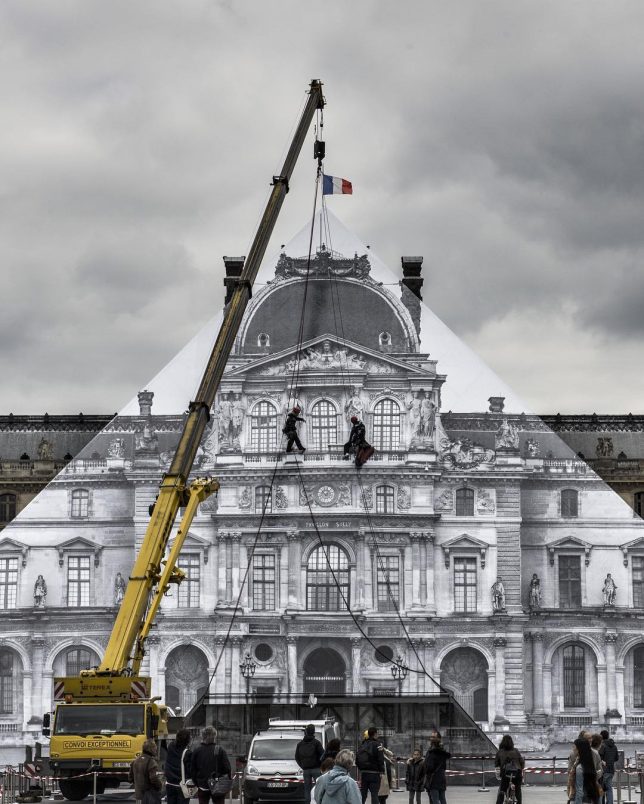 “Making the Pyramid disappear is a way for me to distance myself from my subject,” says JR. “The feud between traditional and modern tastes in art and architecture is nothing new. The Pyramid, Buren’s columns at the Palais-Royal, and the Pompidou Center – all of these caused controversy. My work is about transmitting history to better understand the present, and find echoes with our own times. What happened in the past is part of a broader context that can still have relevance for today.”

“By erasing the Louvre Pyramid, I am highlighting the way Pei made the Louvre relevant for his time, while bringing the Louvre back to its original state. The Pyramid is one of the most photographed French monuments. I am redirecting its energy, because people are going to have to move around it. They are going to look for the best angle to get the full impact of the anamorphic image, and really make the Pyramid disappear.”