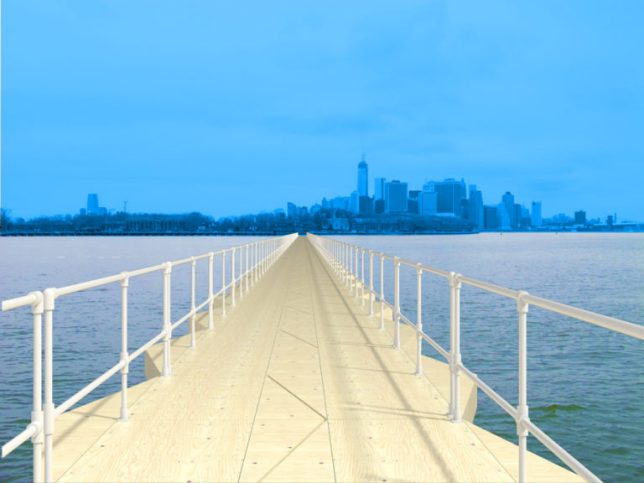 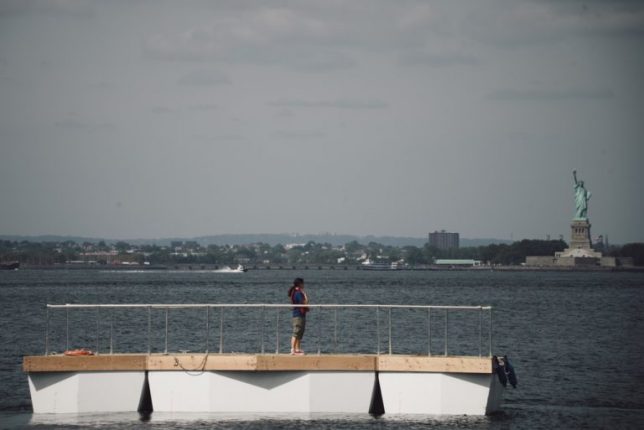 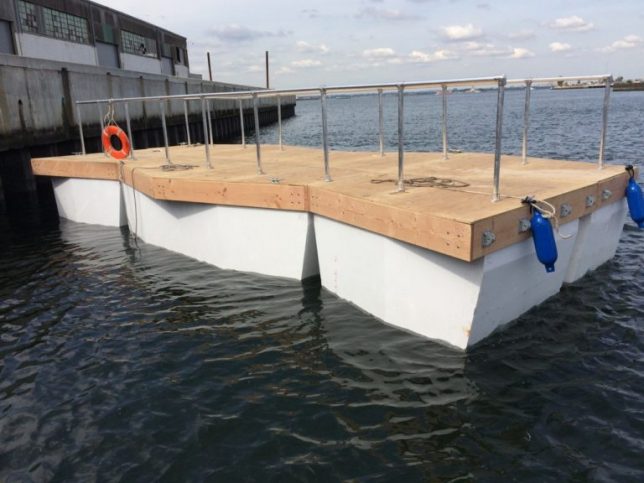 Artist Nancy Nowacek wants to build a pedestrian bridge between Brooklyn and Governor’s Island, and she’s secured the help of an architect, civil engineers, marine engineers and law firms to make it happen. Seven prototypes have led to a final floating ‘superblock’ made from modular blocks of styrofoam floats covered in decking, and it’ll be tested in Brooklyn Bridge Park later this year before it’s ready to span the channel. ‘Citizen Bridge’ connects the mainland to what Nowacek calls “the city’s hidden mystery backyard,” making it accessible to all.

Unzipping a Pond by Jun Kitagawa 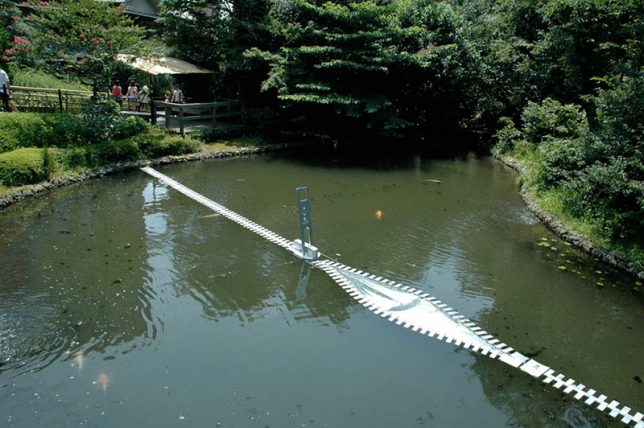 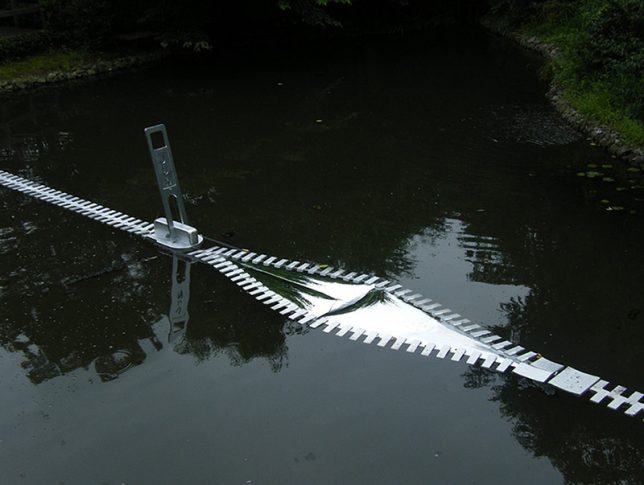 Japanese artist Jun Kitagawa’s giant zippers have appeared on buildings, sidewalks, gallery floors and even the surface of a pond. “The zippers convey that what we are actually seeing in this real world is just a surface, and that once we peel it off, we see there’s another hidden space, which is completely different from our side.”

Infinite Bridge on the Danish Coast 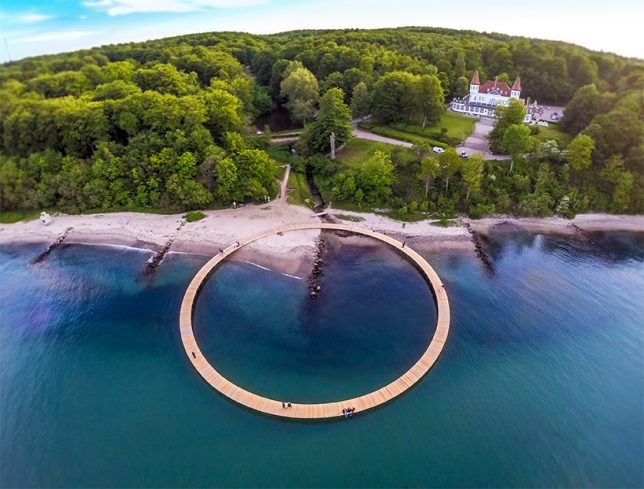 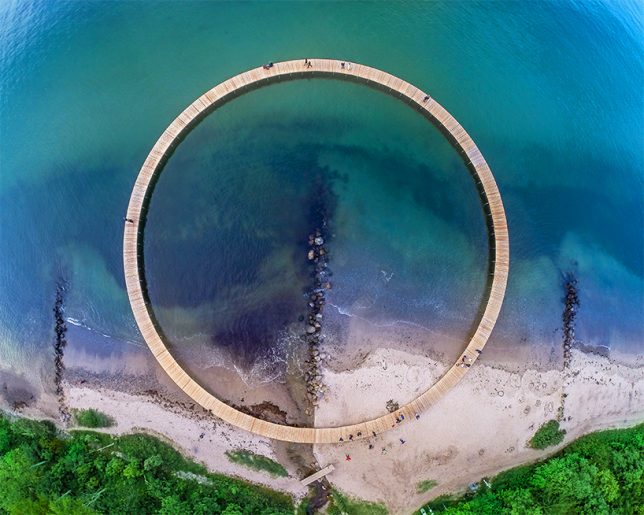 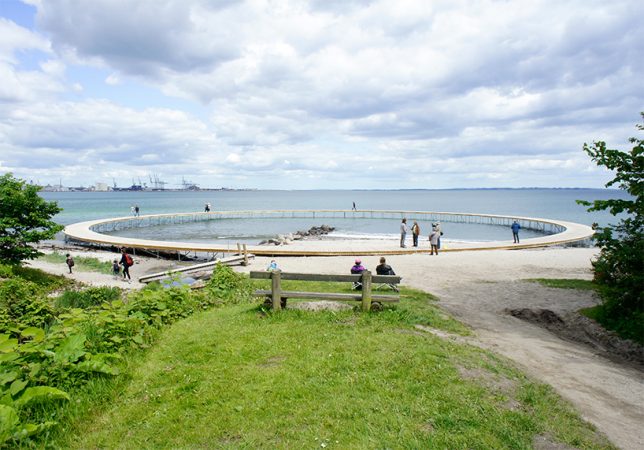 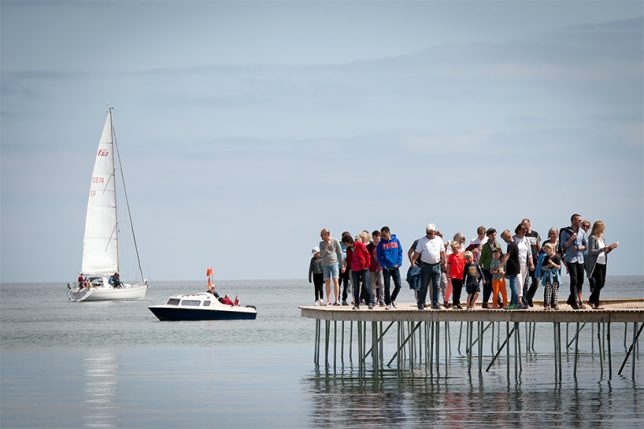 ‘The Infinite Bridge’ by Gjode & Povlsgaard Arkitekter stretches from the sandy shore of Aarhus, Denmark to the surface of the sea, sitting level with the water at high tide and elevated above it at low tide. Built on the site of a historic demolished jetty, the bridge allows pedestrians to see the landscape from a range of new angles, experiencing the city and the bay “as an endless panoramic composition.” 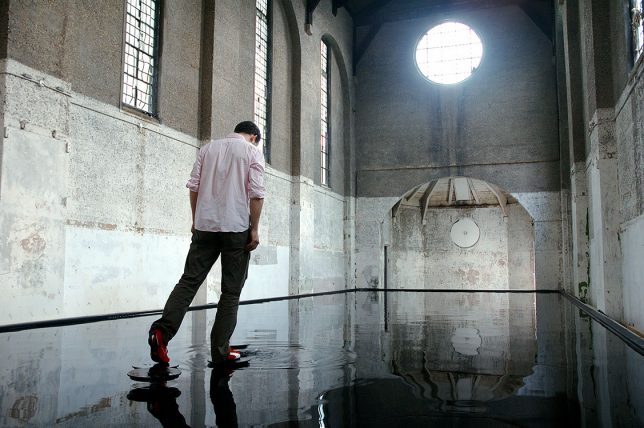 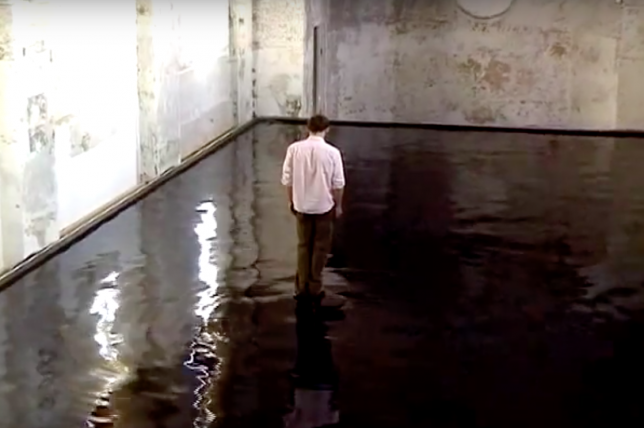 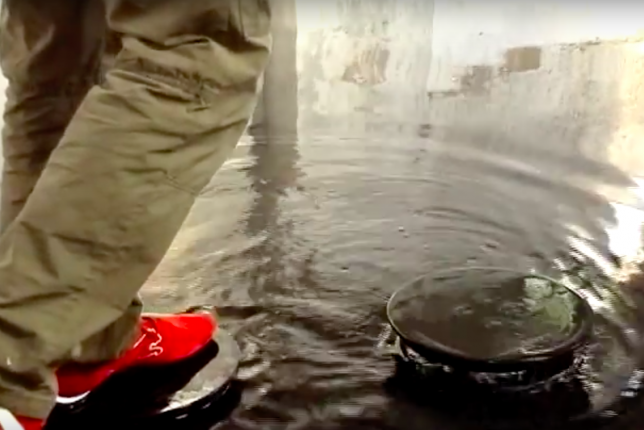 Stepping stones appear and disappear as you walk along the surface of an apparently flooded floor of London’s Dilston Grove, a gallery that was once a church. ‘Bridge’ by artist Michael Cross is a mechanical structure driven by the weight of the person navigating it, with each step revealing the next. You have no choice but to take the journey one step at a time, not knowing exactly how you’ll get to the end.