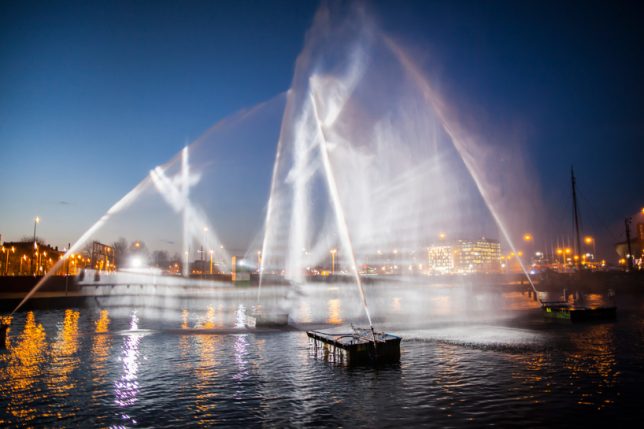 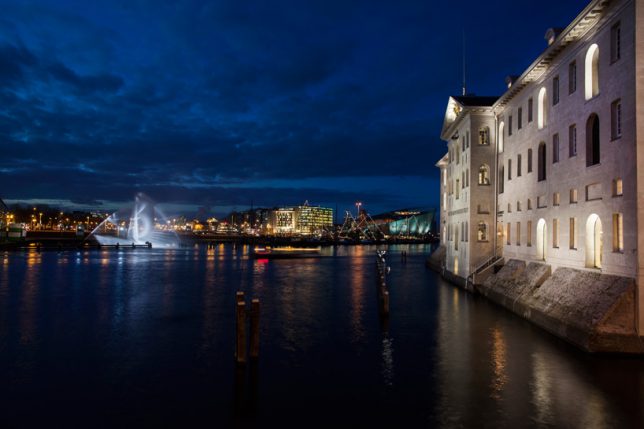 The ghostly image of a 17th century ship hovers above the water in Amsterdam, looking especially hallucinatory when viewed from afar. Romania-based architecture collective visualSKIN projected the ship onto a backdrop of water for the Amsterdam Light Festival, referencing a Dutch East India Company ship that wrecked in a storm during its maiden voyage in 1749. 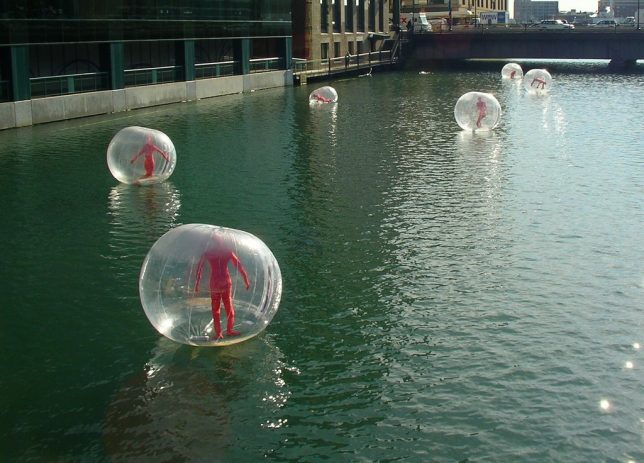 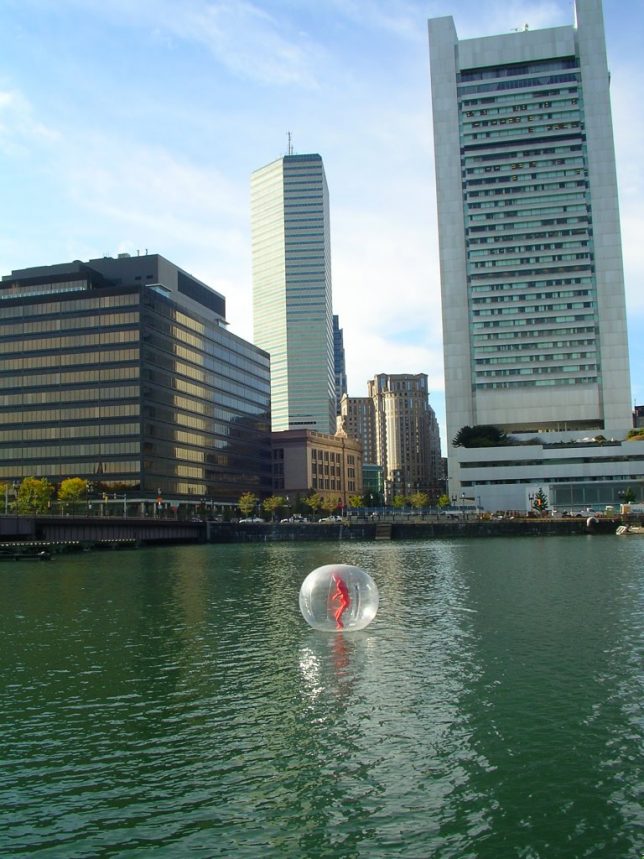 You might think you’re watching some sort of performance as people in red suits drift by on Boston’s Fort Point Channel in giant transparent balls. It takes a moment to realize those human figures aren’t moving. ‘Walking on Water’ by Lisa Greenfield stuck mannequins inside these floating PVC balls as a “commentary about privacy, isolation and being in our own little worlds.” 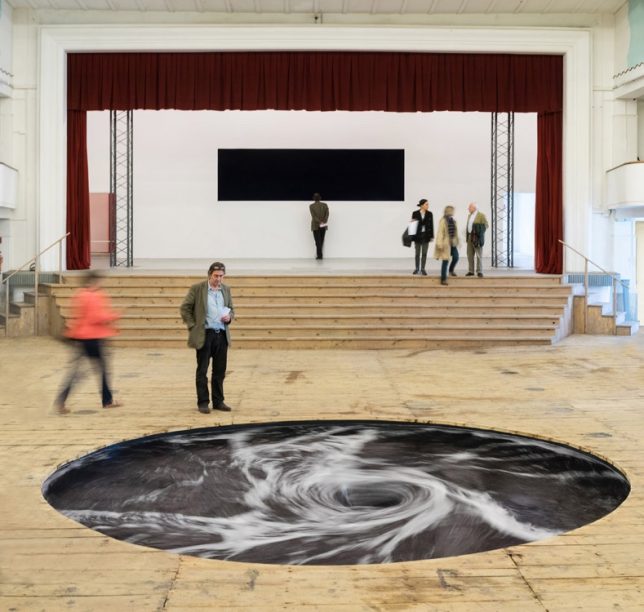 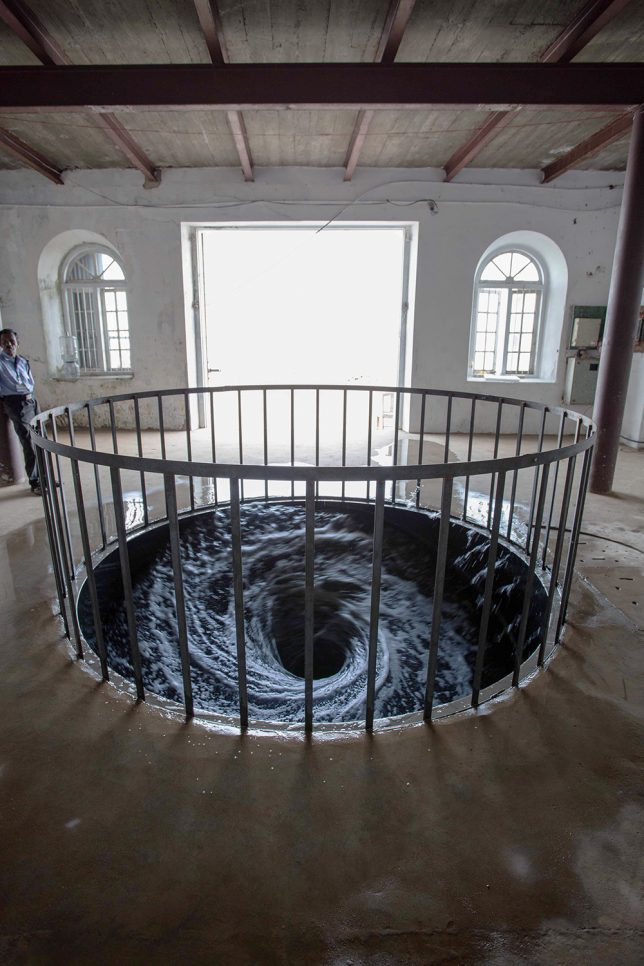 Like portals to some other dimension, swirling black whirlpools appear in the floors of movie theaters and galleries, seemingly waiting for a sacrifice to fall in. Anish Kapoor’s ‘Decension’ has appeared in a number of spaces around the world, including Italy and India, referencing spaces that may lie beyond our reality. “It is the place of the void, which paradoxically is full – of fear, of darkness. Whether you represent it with a mirror or with a dark form, it is always the ‘back,’ the point that attracts my interest and triggers my creativity. 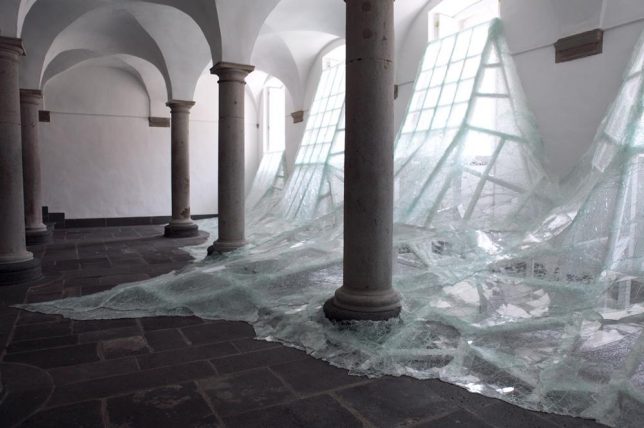 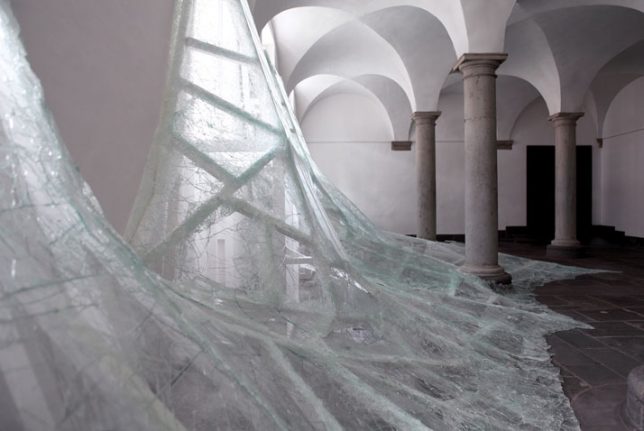 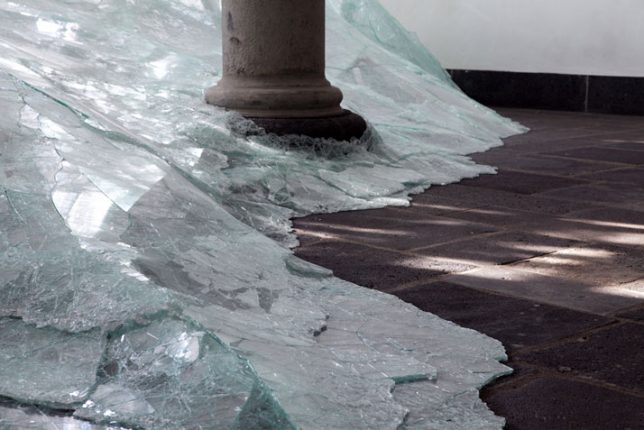 Icy waters pour into a Benedictine monastery through the windows, crystallizing in pale blue-green puddles on the floor. This evocative installation by Baptiste Debombourg is actually made of shattered laminate glass to mimic a flood, its sharp edges making it even more dangerous and potentially destructive than if it were really water. The installation almost makes it seem like the windows themselves have taken on a new form, becoming liquid and expanding.