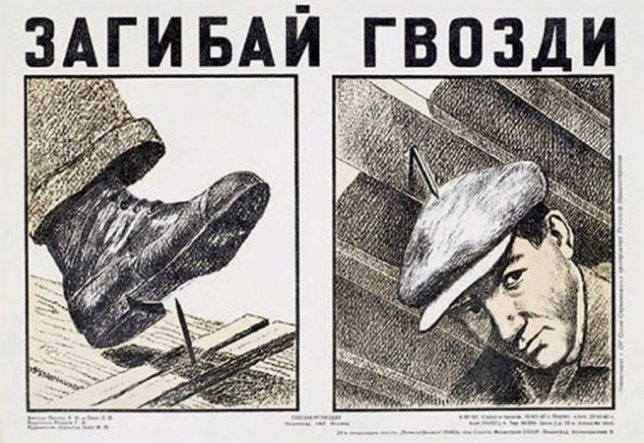 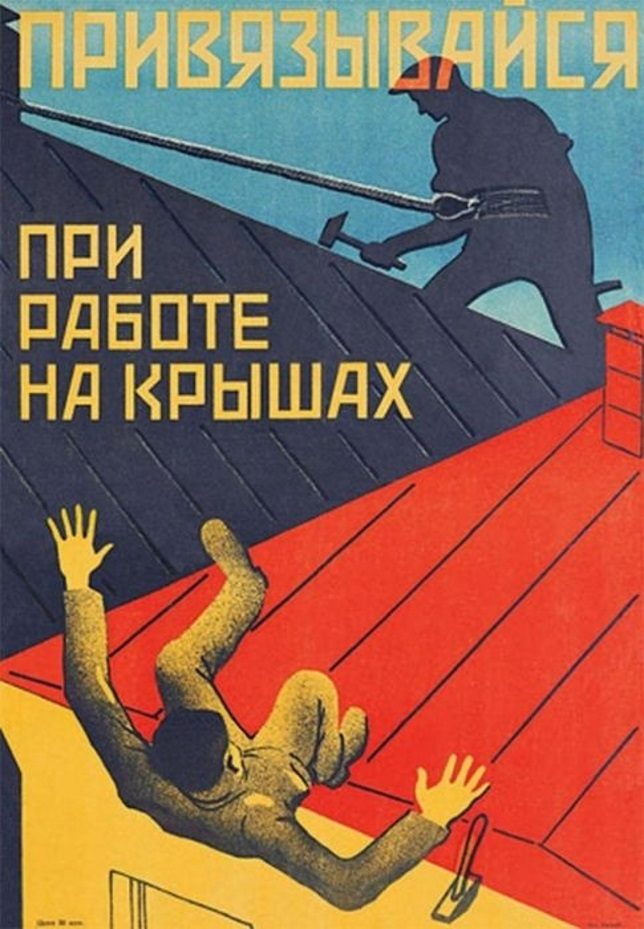 By 1932, however, the USSR under Stalin had become a more conservative and reactionary society. Proletkult was harshly criticized for promoting “decadent bourgeois art” that, while indisputably Russian, had its roots in the pre-Revolutionary era. 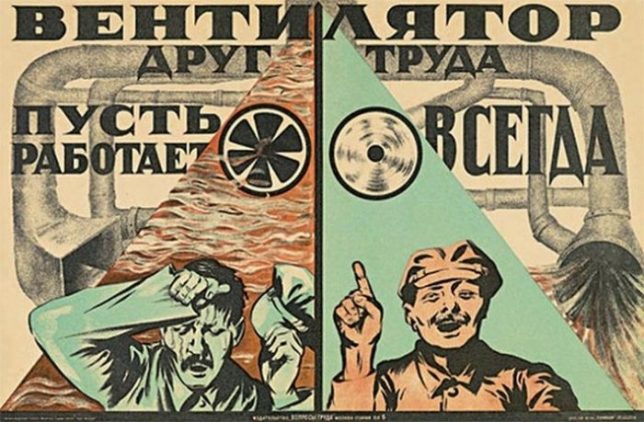 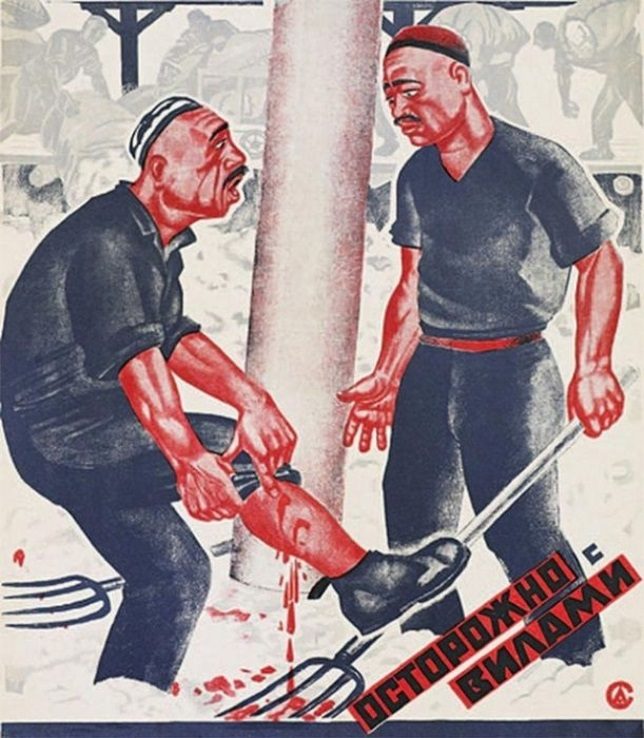 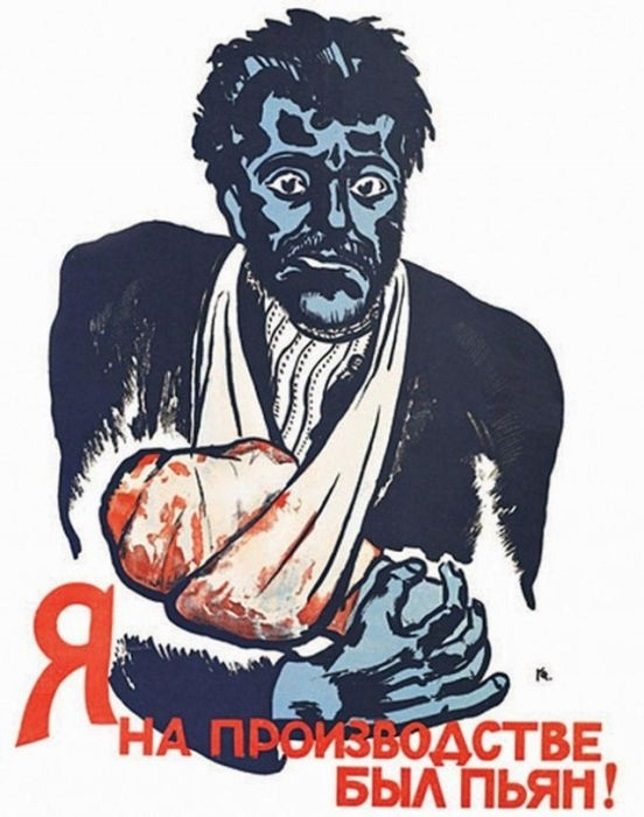 Proletkult and all other artistic and literary organizations were disbanded and replaced by approved associations dedicated to the promulgation of Socialist Realism. Less abstract graphically and more “heroic” in visual expression, Soviet Realist graphic art seamlessly superseded their more Constructionist forebears in the field of workplace accident prevention posters. 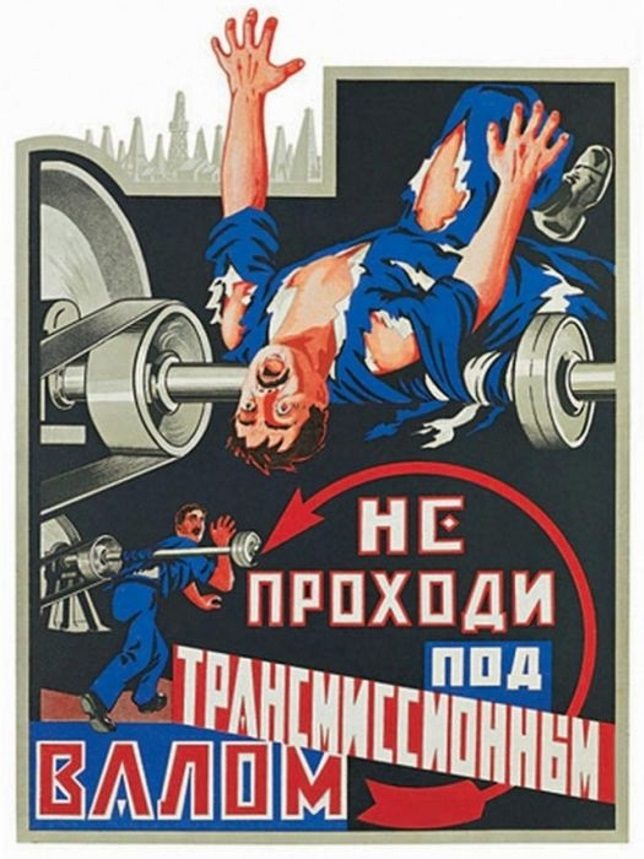 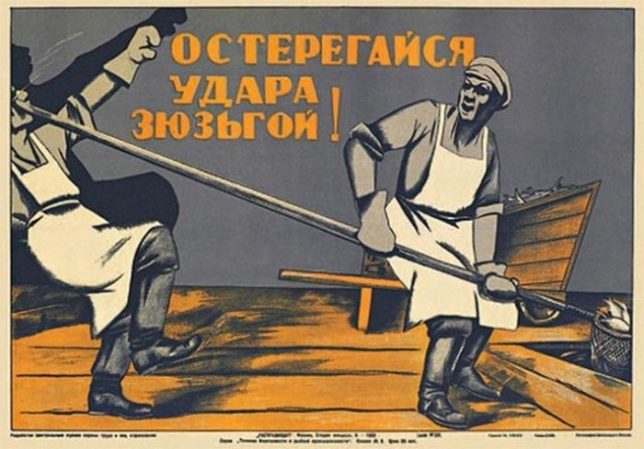 As such, the posters may be slightly less interesting visually but the more rigid and literal interpretation succeeded in sending its intended messages – often in bizarrely terrifying fashion. “The general message from the government to the public was this: terrible things will happen to you if we don’t take care of you and watch over your every step,” according to Oleg Atbashian. 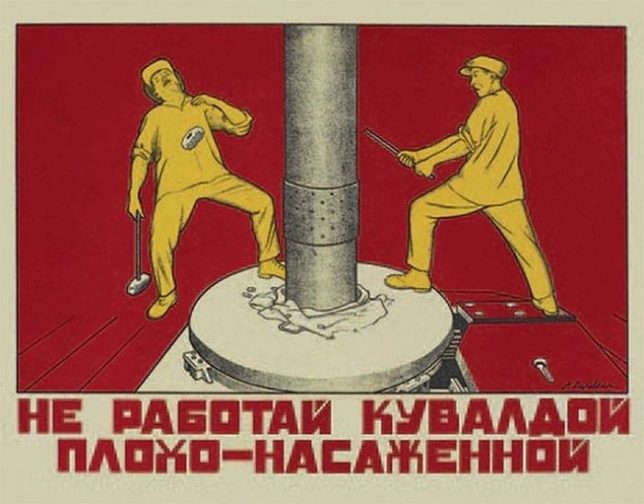 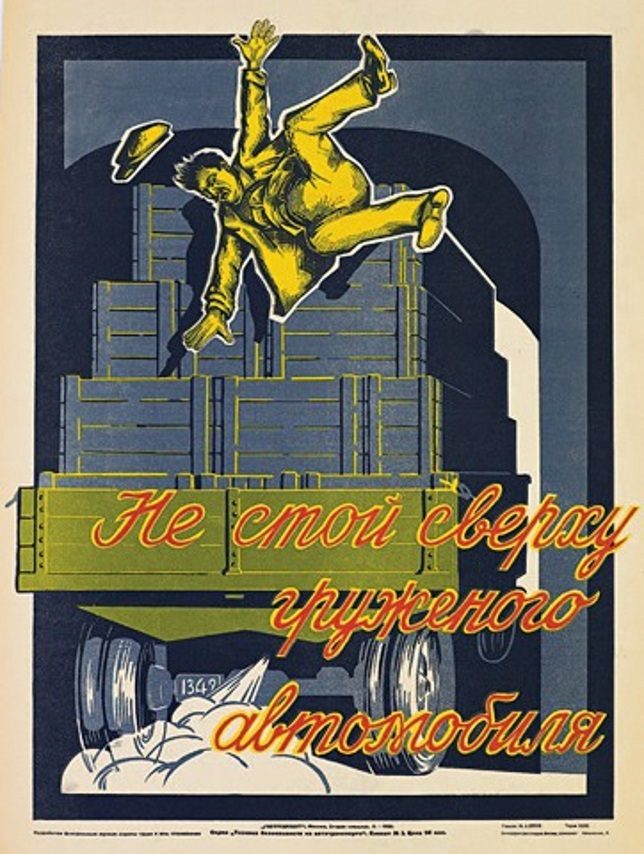 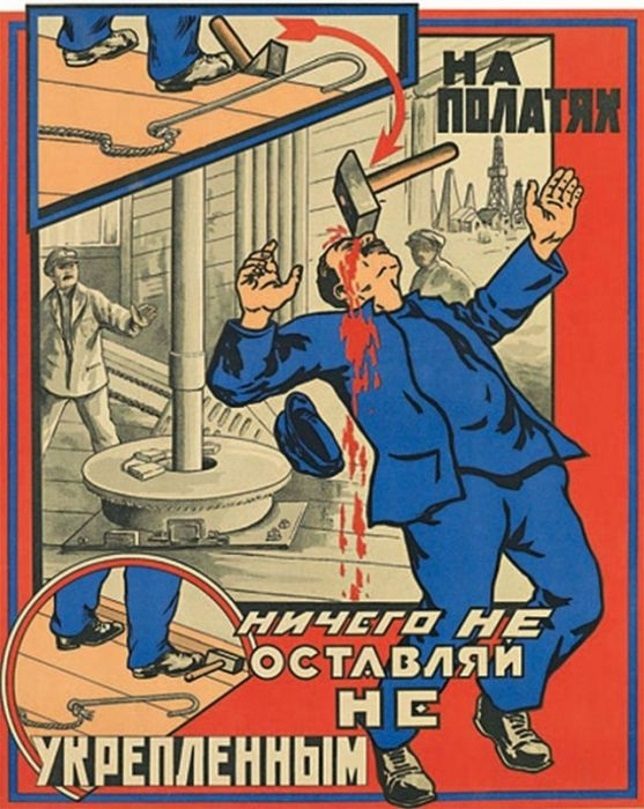 Reflecting back upon the oft-cruel rise of Bolshevism and the looming disruption of The Great Patriotic War (World War II), these vintage Soviet accident prevention posters inadvertently yet accurately reflect “a regime that provided the people with food, shelter, and work all the while treating and re-imagining them as unthinking farm animals.” Factory farm workers, in this case.